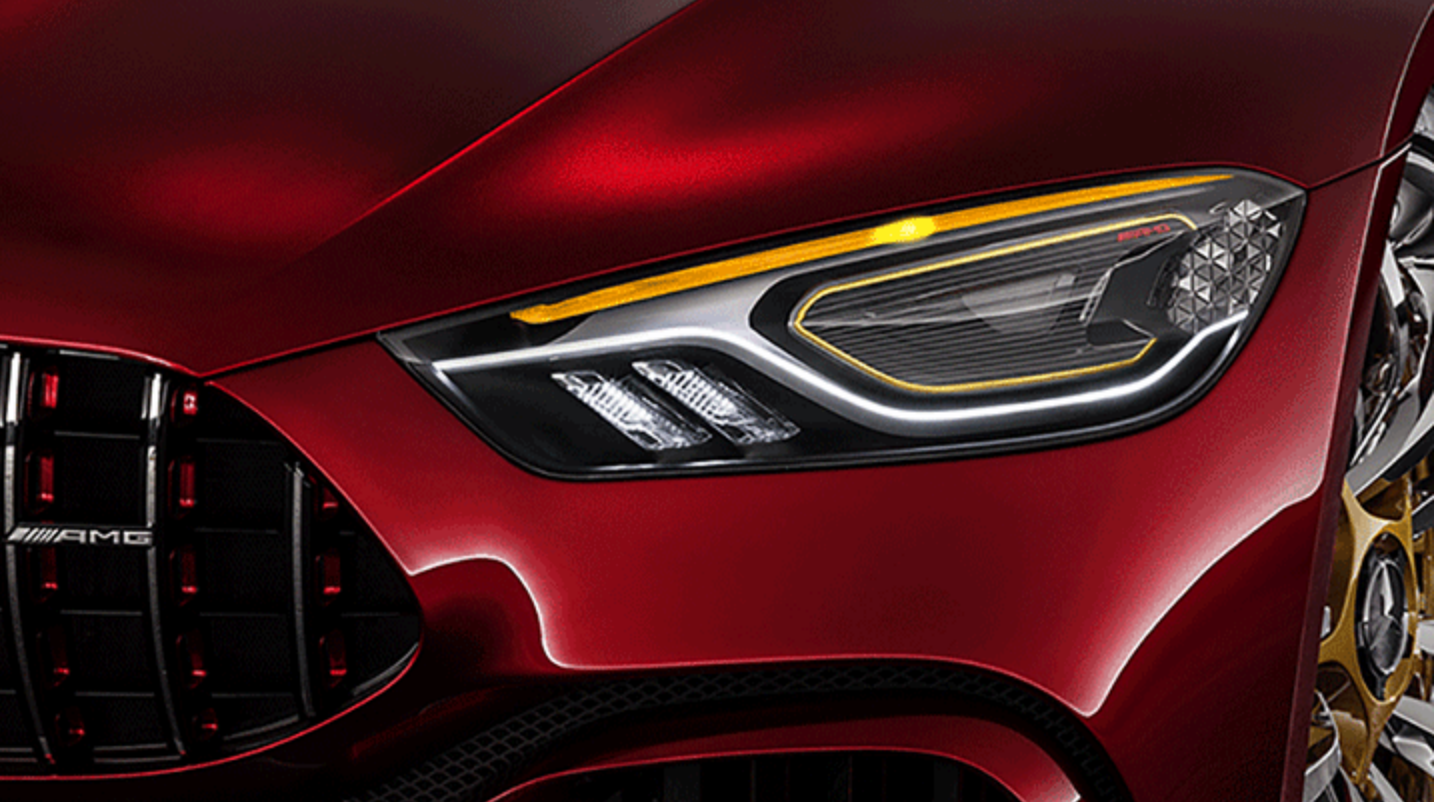 Prior to its official unveiling at the Geneva Motor Show, Mercedes-AMG has just released a teaser of what the headlights on its four-door GT Concept will look like. With a combination of blue, yellow, orange, and white-colored lights, the headlights are funky, futuristic, and fabulous.

The teaser gif shows the multi-colored lights doing their thing, with each distinctive shape within the headlight pod throbbing into full illumination. Most notable, though, is the eyebrow over the main light assembly that glows blue and orange until a yellow dot—the turn signal, presumably— travels from left to right. The two illuminated strips that sit sideways within the headlight assembly are slightly reminiscent of the Mustang, too.

Other than the fact that the Mercedes-AMG GT Concept will be a four-seat performance sedan, there aren't many more details. It's likely that the GT Concept will share a powertrain with its two-door stablemate, the AMG GT, whose 4.0 liter twin-turbocharged V8 makes up to 503 horsepower.