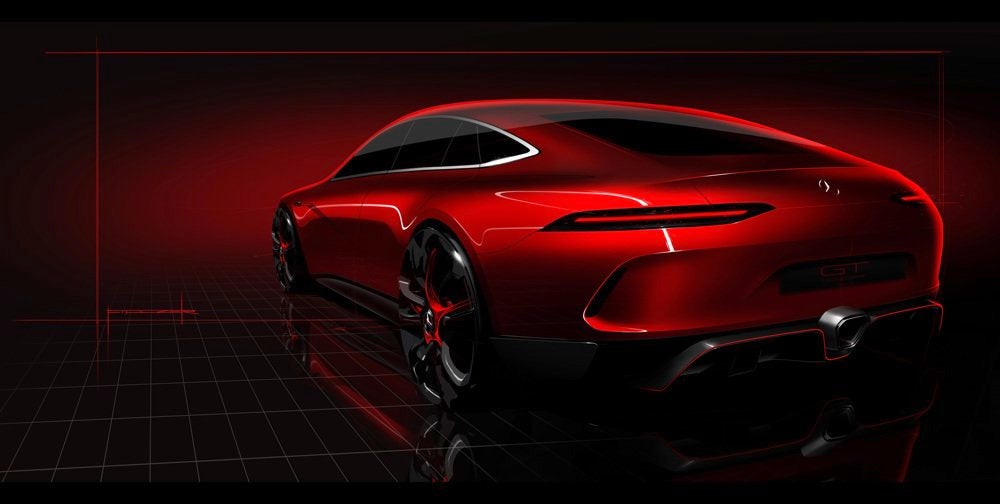 Details are scarce, but Mercedes announced today that it will bring a new four-door concept called the Mercedes-AMG GT Concept to the Geneva Motor Show. The German automaker has only released a sketch of what the rear of the concept might look like, but it gives a clear direction of where Mercedes plans to go with the design of this car, which borrows heavily from the styling of the AMG GT—its pinched rear end, thin tail lights, and centrally mounted exhaust, for example.

It's unclear what kind of power the GT Concept will be packing, but if its power plant ends up being borrowed from the AMG GT's—a 4.0 twin-turbocharged V8 that churns out 503 hp—a rivalry between this and Porsche's newest Panamera Turbo (and Turbo S E-Hybrid) seems imminent. A little Stuttgart rivalry never hurt anyone.

With overpowered wagons and saloons galore, 2017 is looking like a good year to be an auto enthusiast.