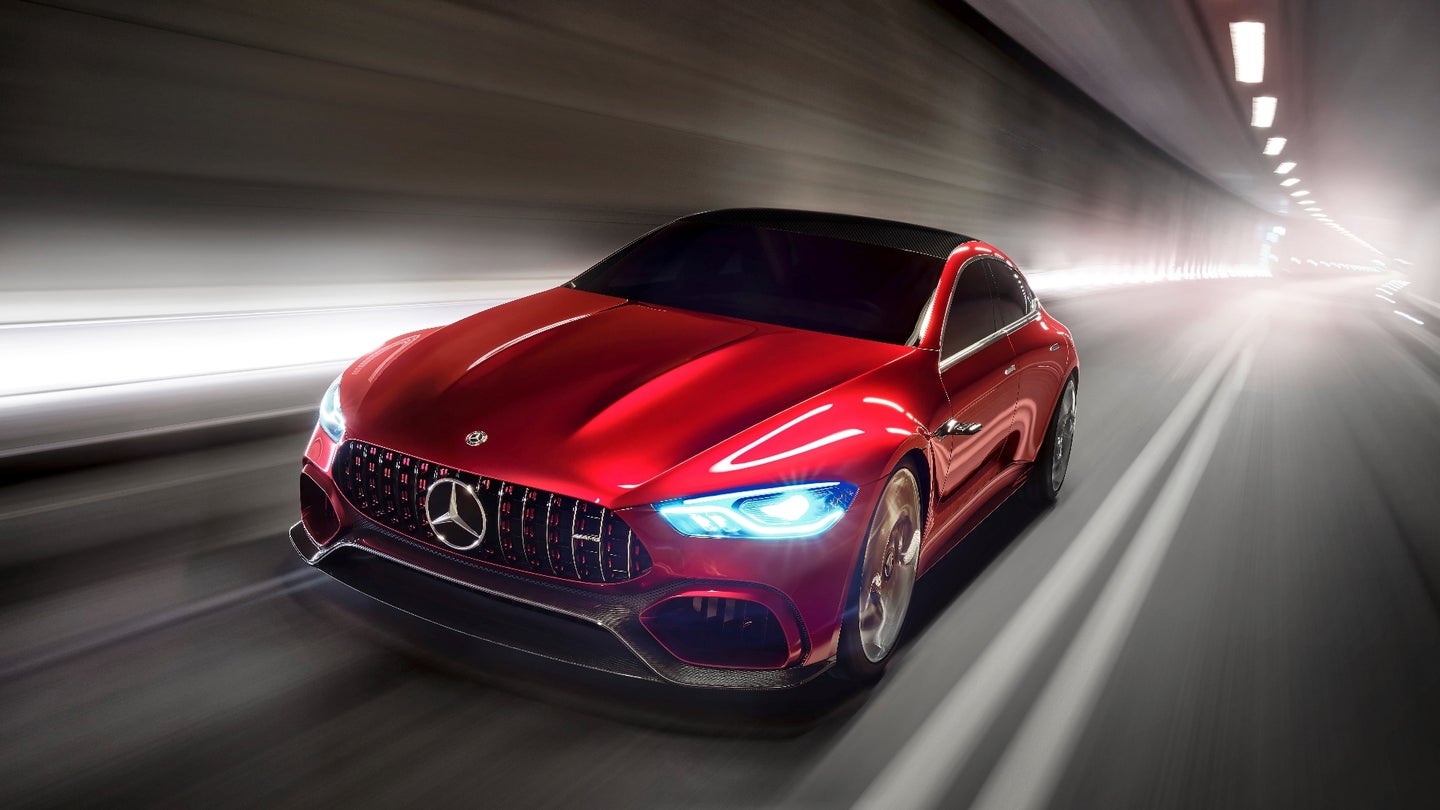 A Mercedes-AMG GT sedan has been confirmed to begin production in mid-2018, according to Australian site Motoring. We saw a concept of this four-door, four-seat sport sedan at the Detroit Auto Show in January, and now we finally have some details of what we can expect from the production model.

For starters, the name of the car is still a working title. Mercedes-AMG chief Tobias Moers confirmed to Motoring that this hot sedan will be based on the E-Class platform. AMG decided against using the AMG GT platform for a sedan because the rear transaxle would sacrifice too much leg room in the back seat, which would kind of defeat the purpose of the car being a sedan.

Moers also confirmed that more than one engine will be available in the AMG GT sedan. The standard engine will be the AMG 4.0-liter V8 biturbo engine found in the AMG E63. In the E63, this engine makes 603 horsepower and 627 lb-ft of torque.

The AMG GT sedan will take the fight right to the Porsche Panamera and the Audi RS7. We don’t know what we did to deserve this many high-performance, premium fastback sport sedans on the market, but you won’t hear any complaints from us.