There's a new fastest station wagon in town. Assuming the town in question is Nürburg, Germany. 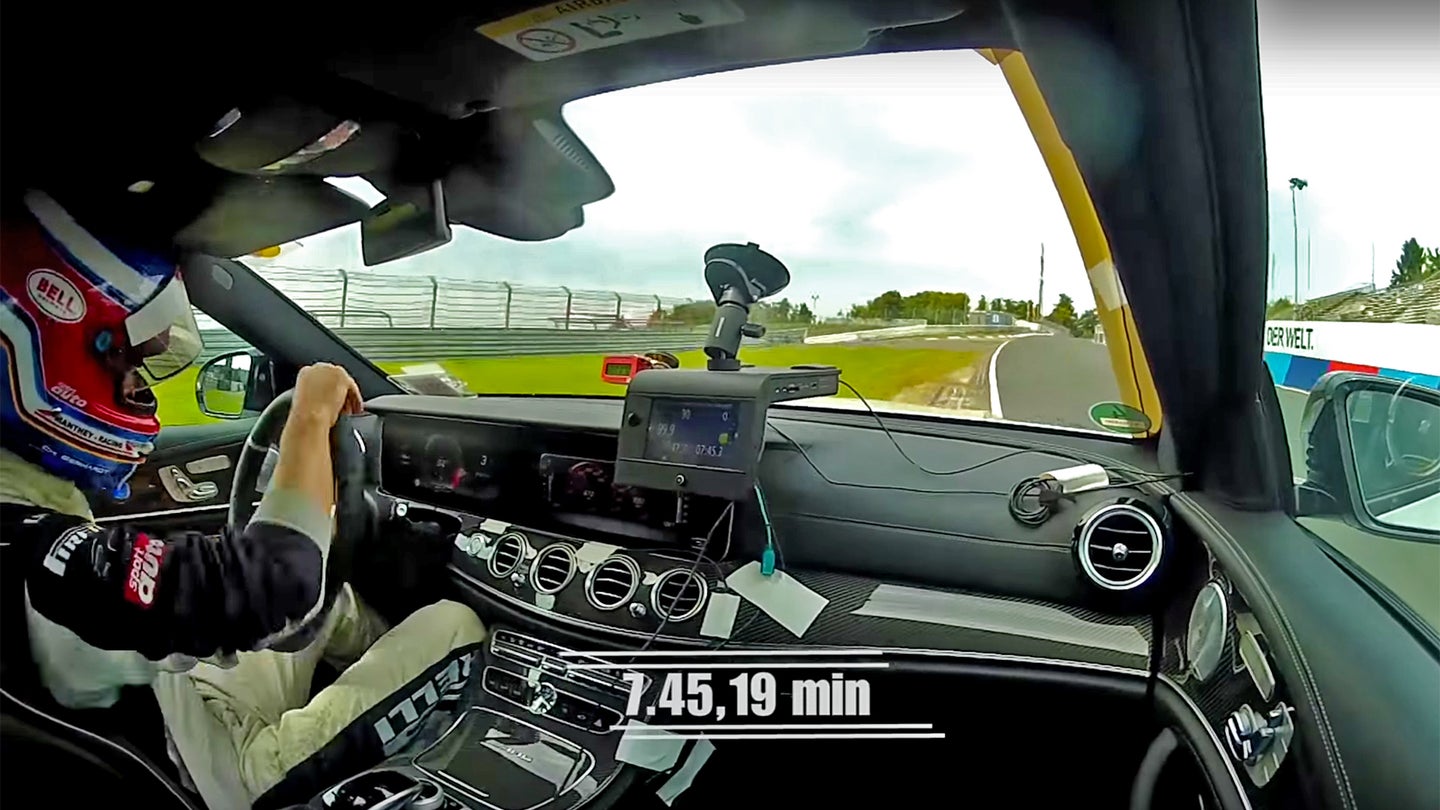 Seven minutes and 45 seconds may not seem all that impressive a Nurburgring Nordschleife lap time in this day and age. Not when Porsche 911s are ripping around the 12.9-mile loop known as the Green Hell a full 58 seconds faster, or when you almost need all the fingers on one hand to count the number of automakers who can claim to build street-legal cars that can lap the track in less than seven minutes flat.

But for a car that can seat five people and fit 22 cubic feet of crap in the back at the same time? That's pretty bleeping fast.

As we at The Drive mentioned a few days back, the Mercedes-AMG E63 S 4MATIC+ Estate recently claimed the title of fastest station wagon to lap the Nordschleife, ripping around the brutal circuit in 7:45.19 in the hands of German car magazine Sport Auto's driver Christian Gebhardt. (He's the same guy who hustled a stick-shift Chevy Corvette Z06 to a 7:13.9 lap time, for what it's worth.) Now, video of the run has emerged on YouTube...and in spite of the AMG's nearly-4,400-pound curb weight, Gebhardt seems to have zero trouble tossing it about with the verve of a far smaller car on the way to that estate car record.

And the nice thing about this wagon? From the looks of things, he was able to toss all his track gear in the back with plenty of room to spare.

While the Mercedes-AMG E63 S wagon is already on sale in Europe, it hasn't yet made it to our shores. That tapping sound you hear is our feet as we anxiously await its arrival.