Lost all downforce, yo. 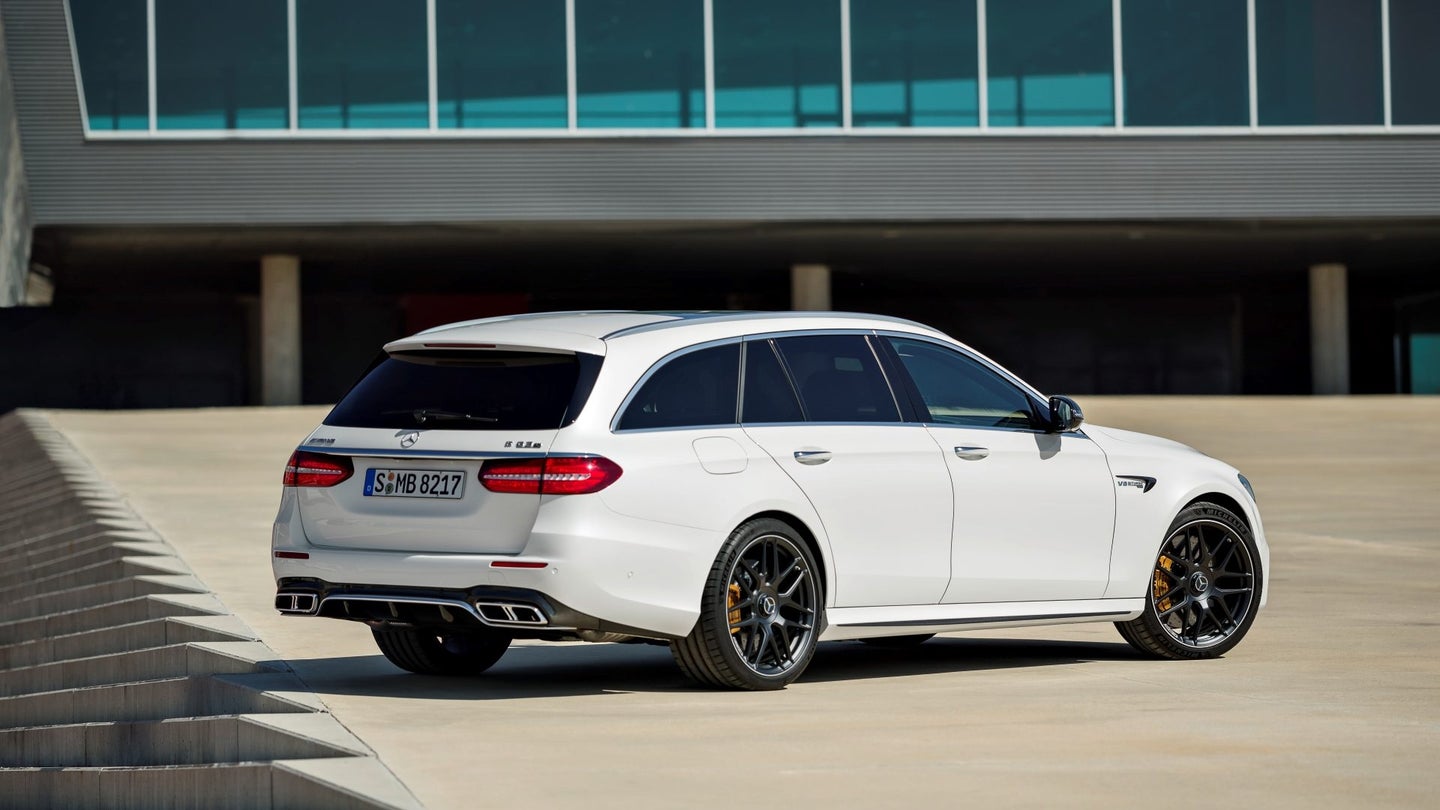 Shoddily-assembled spoilers likely weren't listed in the brochure when the Mercedes E-Class's wealthy owners signed on the dotted line, but yet here we are. Mercedes issued a recall on precisely 4,765 E-Class Wagons for rear liftgate spoilers that could potentially fall off at speed. It specifically affects 2017 to 2018 model year E400s, 2019 E450s, and Mercedes-AMG E63 S Wagons from the 2018 and 2019 model years.

From the NHTSA recall report, "At higher speeds, the spoiler could detach from the vehicle completely, increasing the risk of a crash or injury to other road users." The issue was apparently caused by "a deviation in the production process" that caused spoilers to not be mounted properly. Of the nearly 4,800 wagons recalled, Mercedes expects around five percent to be faulty.

Mercedes caught wind (literally) of the first faulty spoiler late last year. This led to an internal investigation that revealed that the spoiler in question was improperly installed by a factory worker "temporarily assigned to the position," which then led to the recall of 16 cars. The company added another employee to the spoiler-mounting station after that but continued to receive instances of detaching wings as recently as this summer. Further investigation concluded that the issue was "outside the scope" of the initial 16-car recall and that "production concern was not limited to the single worker."

Regardless of whose fault it is, affected owners will be notified next month to bring their cars to a Mercedes dealership where their spoilers will be inspected and reworked if needed at no charge.