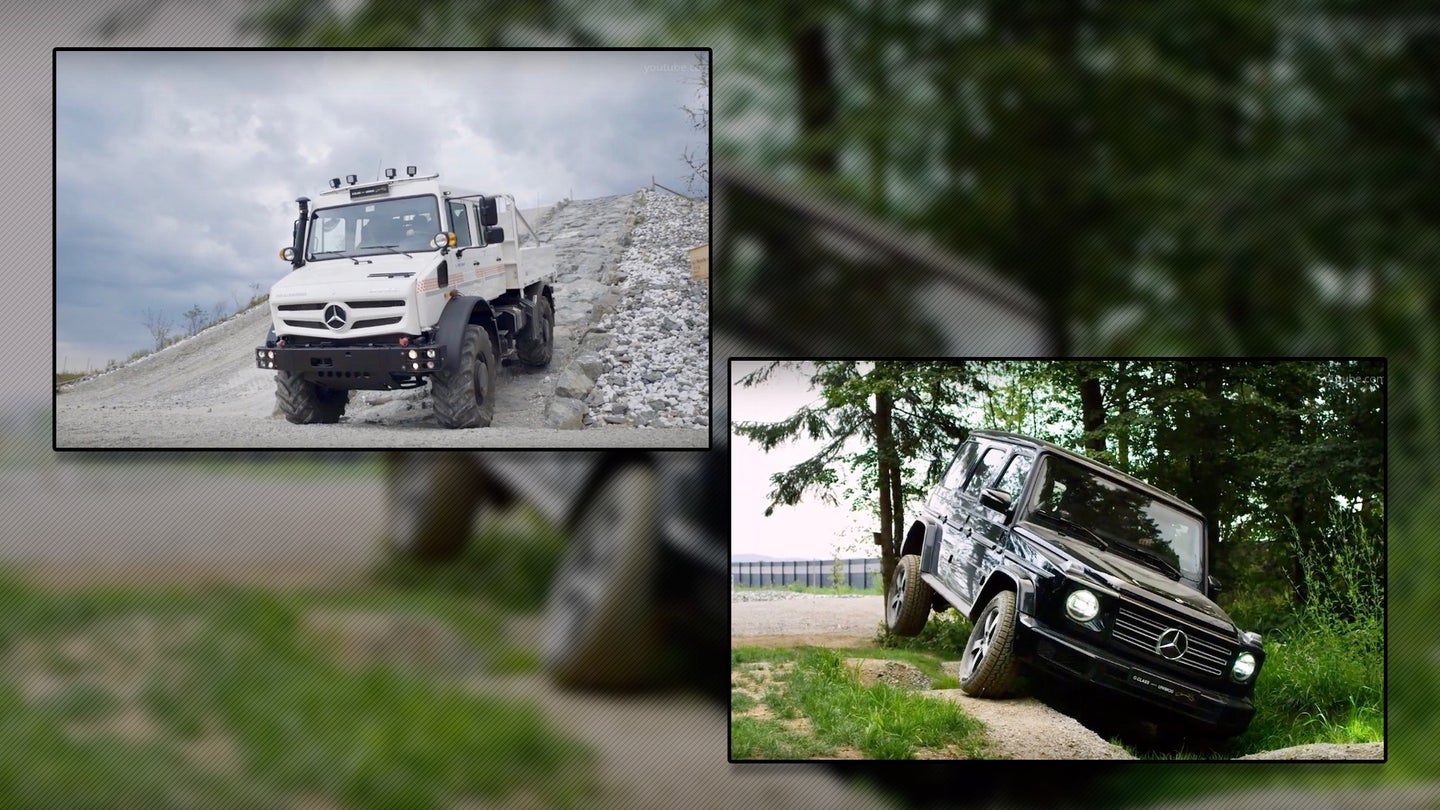 The latest iteration of the Mercedes-Benz G-Class brewed up some skepticism among hardcore off-road enthusiasts with some believing the new model might’ve lost some of its mojo. But this new video of the 2019 G-Wagen tearing up Mercedes-Benz’s G-Class Experience Center in Austria alongside its legendary cousin, the Unimog, should certainly put that all to rest.

YouTube channel Cars Garage recently uploaded a video consisting of over 10 unadulterated minutes of the new Gelandewagen and the latest Unimog shrugging off nearly every obstacle at German off-road test course. Of course, it was all caught on high-def footage and with its fair share of cool slow-mo clips.

The Gelandewagen has always maintained a reputation for being an off-road king, or similarly to what the Land Rover Defender is to Great Britain. But some of that came into question when Germany’s Hummer underwent significant structural changes the first time ever in its long history. Such includes the changeover from a front solid live axle to a fully independent setup and some significant upgrades to the four-wheel-drive system.

This video proves that the new G-Wagen is just as capable as the old model, and that’s because it still retains a solid rear-axle, body-on-frame construction, and the same three locking differential setup.

Just a few months ago, Mercedes-Benz launched its first-ever G-Class Experience center in tandem with the model’s 40th anniversary. Located just outside the model’s main assembly point at the Magna Steyr plant in Graz, Austria, the new facility serves as the premier location where European delivery customers and others can come and experience everything that the G-Class has to offer.

But if you thought the G-Class was old at 40, the Unimog is even older, celebrating its 70th anniversary this year. And that was plenty of reason for Mercedes-Benz to showcase both at its latest establishment, proving that the Gelandewagen and Unimog still have the chops to do everything that their ancestors destined them to do—even in the wake of stiff regulations and changes in demand.

A new “G-Class Experience Center” not far from the assembly line in Graz, Austria is also opening its doors to the public.

Fossilize Your Own Car Kit™. Just add more than 44 tons of resin!