The so-called "S-Class of SUVs" enters its third generation packing loads of amenities and power for the elites among us. 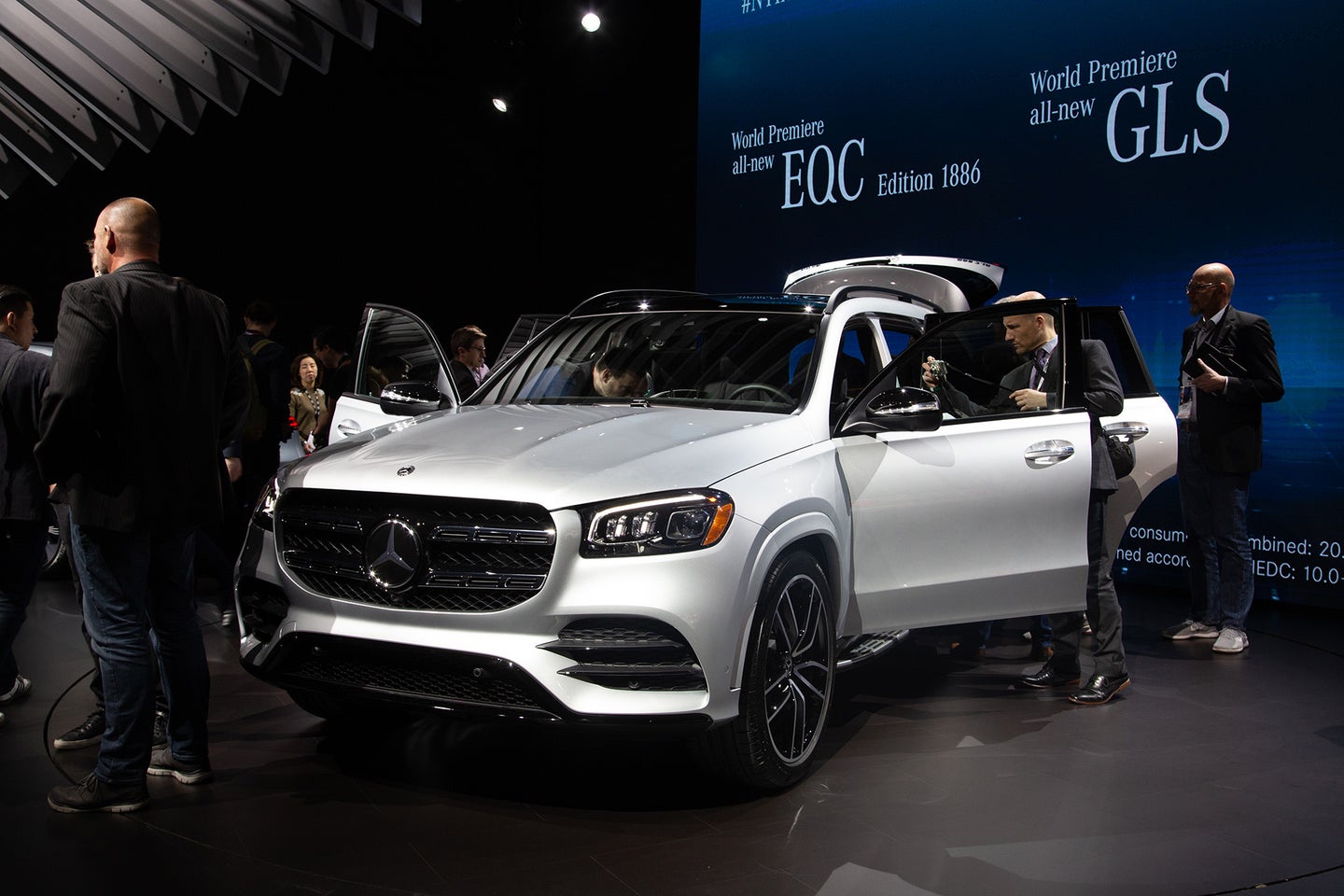 Topline: The Mercedes-Benz GLS is known as the company’s seven-seater flagship and the so-called "S-Class of SUVs." It surpassed the age of seven this year and thus, naturally, with the 2019 New York International Auto Show happening, the German automaker decided to seize the moment and the spotlight to reveal a new version. Say hello the completely new, third-generation 2020 Mercedes-Benz GLS.

What’s New: Because the 2020 Mercedes-Benz GLS is into its third generation, that means it's essentially new from the ground up. It gets a new platform, new looks, new engines, and even new badge numbers to depict, well, something other than engine displacement.

As for the exterior, the bodywork features fewer angles, creases, and folds when compared to the outgoing model. The result is an overall design that appears sleeker and more streamlined and, seemingly, less stodgy. The result is a body that’s also slicker through the air, bringing it’s drag coefficient down to 0.32 Cd.

Quotable: "The new GLS is the S-Class of premium SUVs. It embodies luxury, confidence and intelligence like almost no other vehicle," said Ola Källenius, Mercedes-Benz’s corporate board member for research and development, in the company’s press release.

"The GLS combines modern luxury with the character of an off-roader," added Gorden Wagener, Daimler AG’s chief design officer. "Powerful highlights of the off-road design idiom combined with an elegance reminiscent of a classic luxury sedan. The interior is a synthesis of modern, luxurious aesthetics, hallmark SUV practicality, and digital high-tech. In our view, the new GLS, therefore, offers the best of all these worlds."

What to Know: Because of the new platform and construction, the new GLS also grows slightly in size—as if the crossover wasn’t big enough already. Specifically, the wheelbase increases by 2.4 inches, adding up to 3.4 inches worth of legroom in the second row.

But more so, the changes really add up under the hood. For the first time ever, the GLS gains straight-six power, utilizing the company’s latest engine that originally debuted in the recently updated Mercedes-Benz S450 sedan.

The new inline-six's displacement is 3.0-liters and, with the assistance of turbocharging, produces 362 horsepower and 369 pound-feet of torque, which is the standard motor for the base GLS 450 4MATIC. Sitting above the six-cylinder is a twin-turbocharged V8, capable of 483 hp and 516 pound-feet of twist for the upper-tier GLS 580 4MATIC.

Both engines now come with Mercedes-Benz’s “EQ Boost” 48-volt mild-hybrid system, which can provide up to an additional 21 hp and 184 pound-feet of torque when needed. This also eliminates the need for the previous and annoying auto-stop-start engine function, which used to shut off the motor when sitting stationary in order to save fuel.

In essence, EQ Boost integrates an electric motor and ups the capacity of the car’s onboard electrical system. This not only provides both GLS models with mild-hybrid capabilities, but it also allows the GLS to do more cool things while consuming less fuel.

There’s also a neatly unique, if not gimmicky, “car wash” mode that automatically closes all of the windows, raises the suspension, and activates all of the parking cameras at the touch of a single button.

Mercedes-Benz didn’t announce pricing yet for the all-new model, but the outgoing car starts at $70,150 for the base V6-powered GLS 450 4MATIC. The current V8-powered GLS 550 4MATIC, on the other hand, starts at $95,750. We predict a slight price hike for the third-generation GLS, but it likely won’t stray too far from those figures.