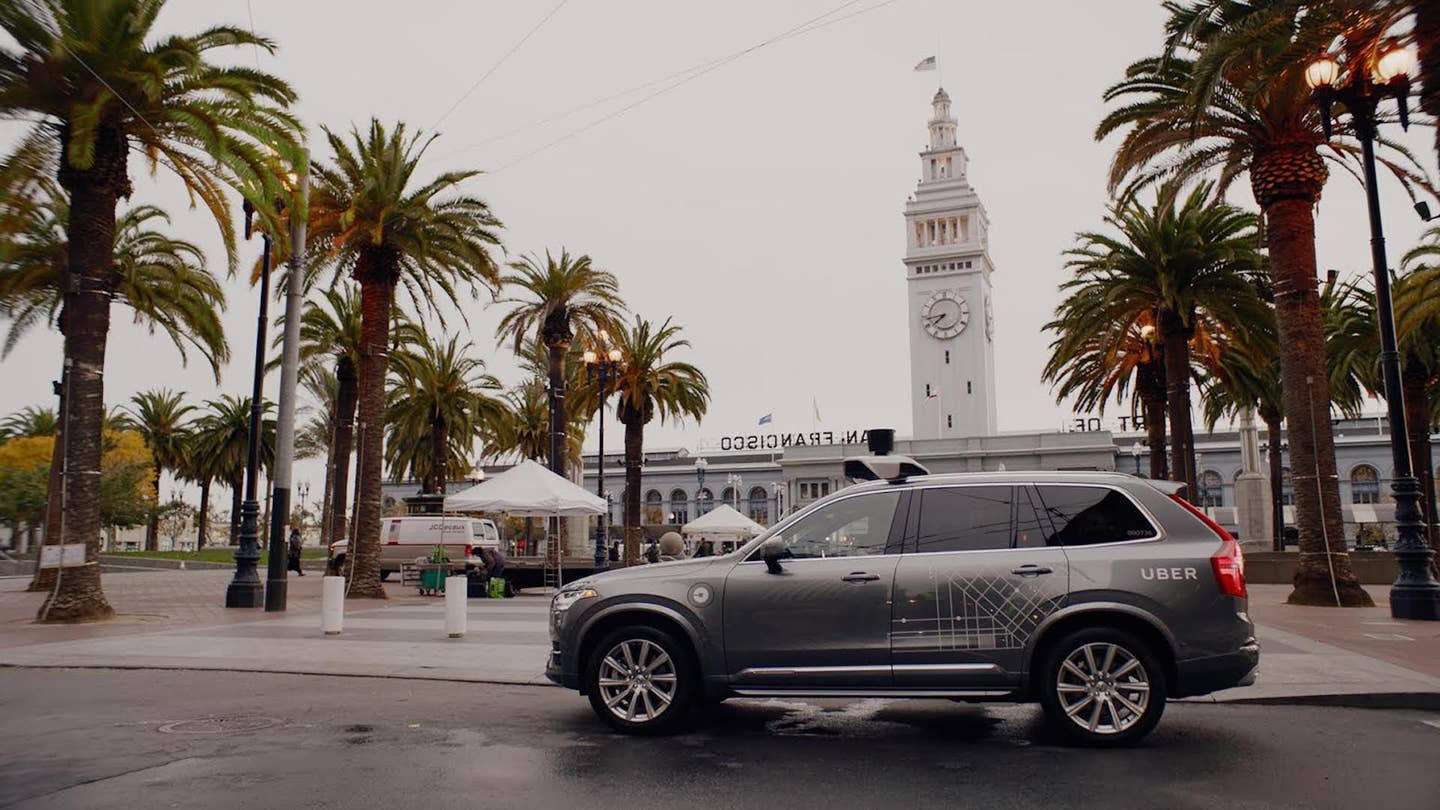 Uber is bringing a fleet of self-driving SUVs, like the ones it has been operating in Pittsburgh, to the streets of San Francisco for use in a new ride-hailing pilot program—but the project might be technically operating outside of the boundaries of California law.

The ride-hailing company announced Wednesday that it is setting up a fleet of self-driving Volvo XC90s that will take to the streets of the company's home town to pick up passengers using the Uber ride-sharing app. The SUVs were sold to Uber by Volvo, then modified with Uber's roof-mounted autonomous driving hardware. The cars used in Uber's tests are the same that were put to work in Pittsburgh; as with the Pennsylvania testing, all of the self-driving cars will be operating with an engineer behind the steering wheel at all times.

But here's where it gets tricky. Currently, there are just 20 companies in California that have been approved to test their self-driving car tech on open roads. Uber isn't one of those companies.

But the company’s self-driving head engineer, Anthony Levandowski, told the Financial Times “the fleet would be “self-driving” instead of “autonomous." As Electrek notes, this likely means Uber considers its tech to be level 3 autonomous—at least while constant monitoring is required. As per California law, level 3 tech is acceptable for use on its roads if there is someone who is ready to take control if things go awry.

"It is effectively not good enough to be an autonomous vehicle yet. Our technology is not capable of driving without human monitoring or active physical control," Levandowski said.

Uber's press release stated that even though Pittsburgh's road conditions are considerably treacherous, San Francisco also has its ups and downs—bike riders everywhere, tighter lanes, and heavier traffic, as well as plenty of literal ups and downs.

Currently, there is no way to specifically request an autonomous Uber, but the company explained in a press release that UberX users will be automatically chosen for a ride in a self-driving Volvo if one is convenient and available at the time when a ride is requested.