It’ll give your neighbor’s Porsche 911 a run for its money. 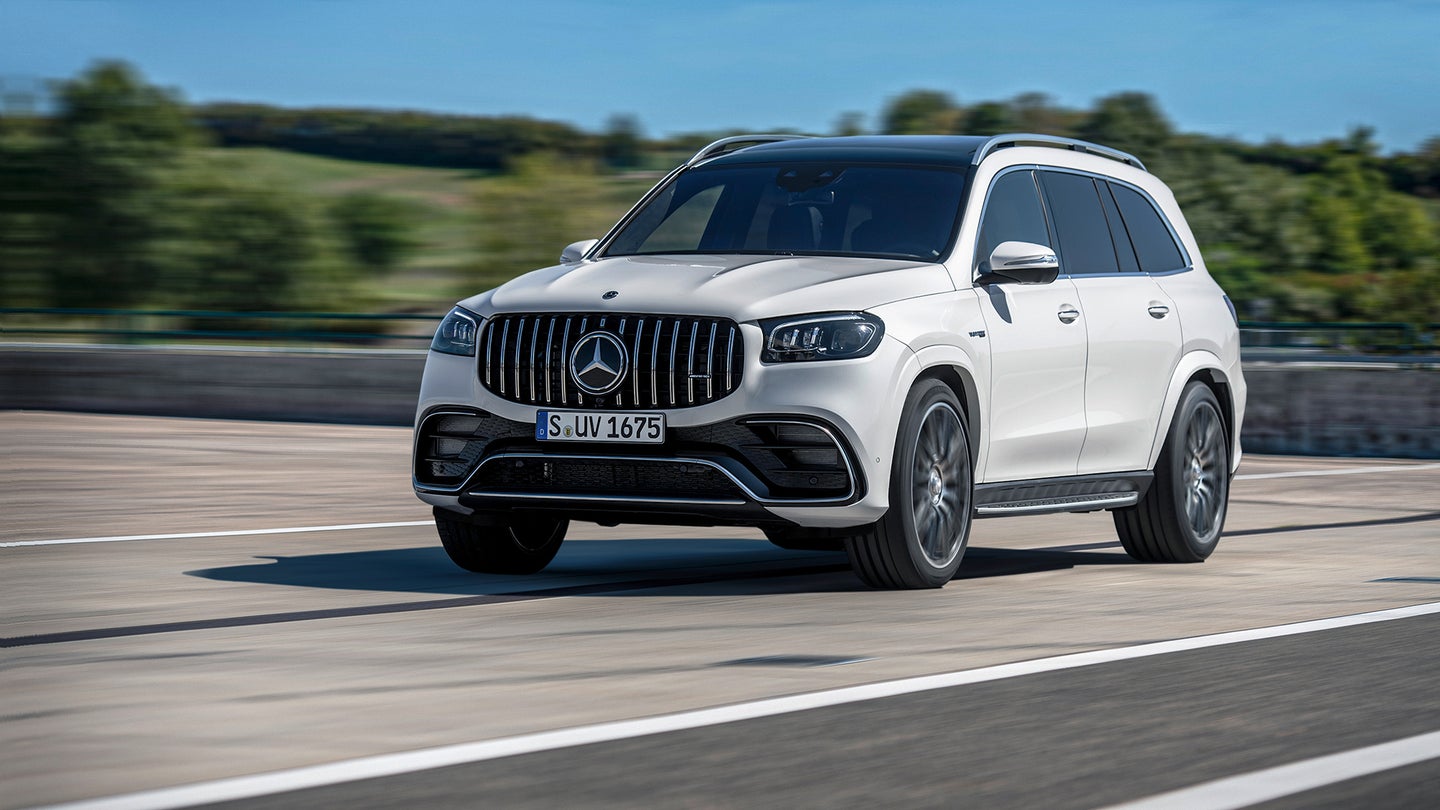 As the name implies, this is the go-fast SUV that boasts the same powerplant as all the other hi-po “63” AMG models. That means a 4.0-liter biturbo V8 good for a whopping 603 horsepower and 627 pound-feet of torque to motivate this 2.5-ton Leviathan. Its thundering power is then sent to all four wheels through an AMG nine-speed automatic transmission and a specially tuned 4Matic all-wheel-drive system.

But there’s another trick up the GLS 63’s sleeve. Thanks to the addition of a 48-volt mild hybrid system, the brute now features EQ Boost tech that includes an electric starter, generator, and most importantly, a small electric motor. The unit sits sandwiched in between the engine and transmission, giving the GLS 63 an extra 21 hp and 184 torques on-demand.

The result is an estimated zero to 60 sprint of around four seconds and a top speed of 174 miles per hour. With numbers like that, the GLS 63 AMG can even give cars such as the Porsche 911 Carrera a run for their money in a straight line.

Included in the mix are the usual AMG-tuned adaptive Ride Control air suspension, performance-focused steering, massive ventilated and drilled brake rotors with six-piston calipers up front, and AMG’s signature Dynamics Select adjustability settings for changing the behavior of the engine, transmission, and chassis systems on the fly.

Pricing and availability haven’t been announced quite yet, but such luxury and force don’t ever come cheap. With the outgoing GLS 63 stickering at $125,300, we expect the new one to be in that neighborhood—perhaps landing a bit higher.

The so-called “S-Class of SUVs” enters its third generation packing loads of amenities and power for the elites among us.