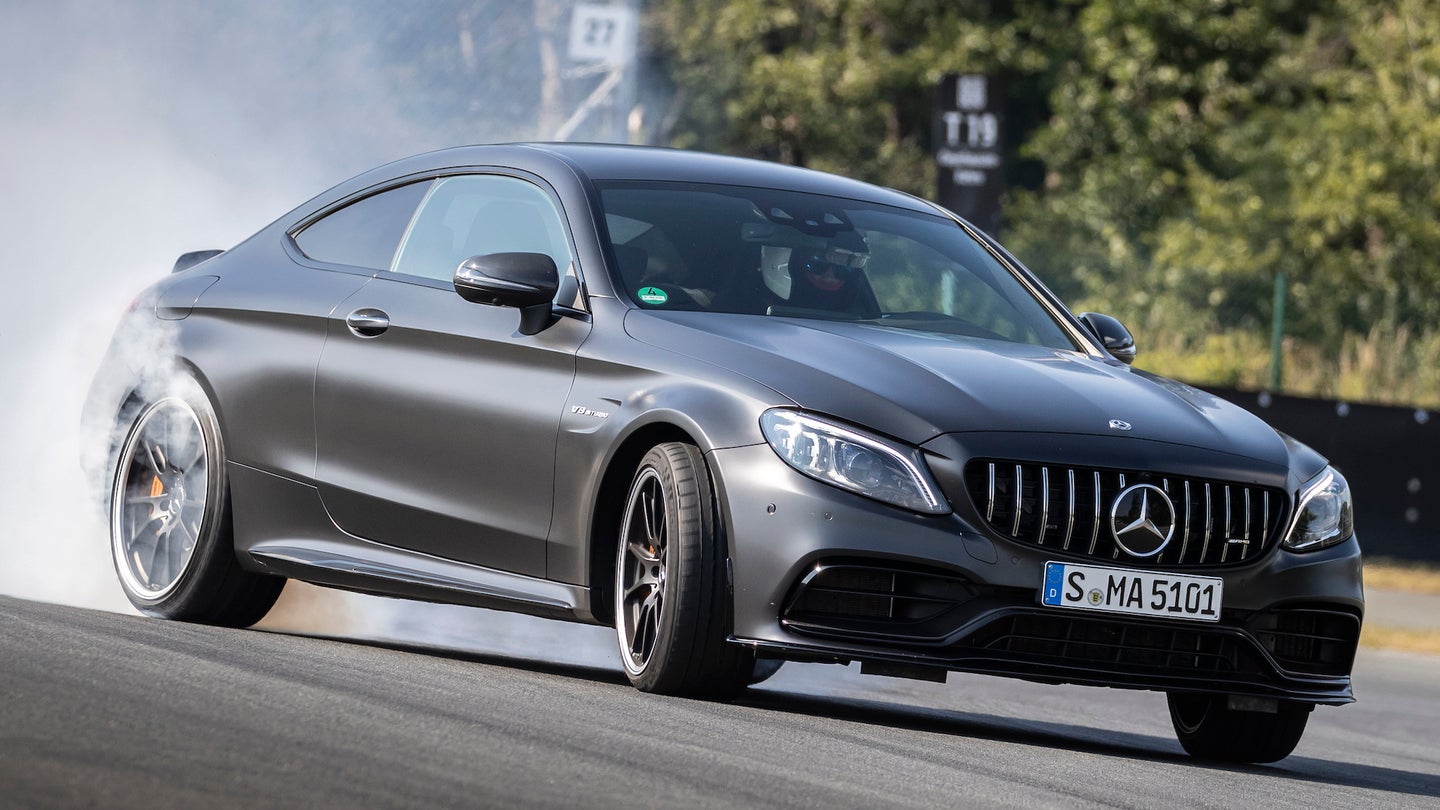 We're due for a new generation of the Mercedes-Benz C-Class in the next couple of years and when its inevitable, tire-toasting AMG variant arrives, it'll reportedly come without the V8 you've come to expect. Instead, unnamed sources say to be on the lookout for a potent powerplant with half as many cylinders that works in collaboration with a trick hybrid system.

"Affalterbach insiders" have allegedly told Autocar that the upcoming W206 generation of C63 will drop the current model's 4.0-liter, twin-turbo V8 in favor of a hybridized version of the 2.0-liter, four-cylinder M139 seen today in the A45 AMG. This turbocharged power plant will purportedly adopt the 48-volt mild hybrid system seen in the E53 AMG to help reduce Mercedes's fleet CO2 emissions, but more importantly to AMG customers, it'll also increase performance.

Despite coming in with half as much displacement, the next C63 apparently won't lose any of the current model's 503 horsepower. Instead, maximum torque is said to rise by 37 pound-feet to 553, with power coming from a lithium-ion battery larger than the 0.9-kWh unit previously seen in mild hybrid Mercedes. This battery will reportedly be charged by four-wheel regenerative braking, part of a new all-wheel-drive system coming to AMG vehicles.

Despite all this added complexity, the next C63's engine will reportedly weigh 107 pounds less than the outgoing V8 and be mounted lower, for all-around improved handling. These refinements will also allegedly grace the other AMG model said to get this high-performance four-banger, the GLC, in both its crossover and coupe-over forms.

A spokesperson for Mercedes-AMG declined to comment on the next C63's powertrain when contacted by The Drive.

If this news worries you about the future of V8s in AMG products, fear not, for the next AMG GT is said to retain the turbocharged V8, which'll supposedly generate over 650 horsepower. It too, however, is believed to be destined for hybrid power, so if you have the cash for a grand tourer and find electric power repulsive, you'd best place your order while today's model is still around.