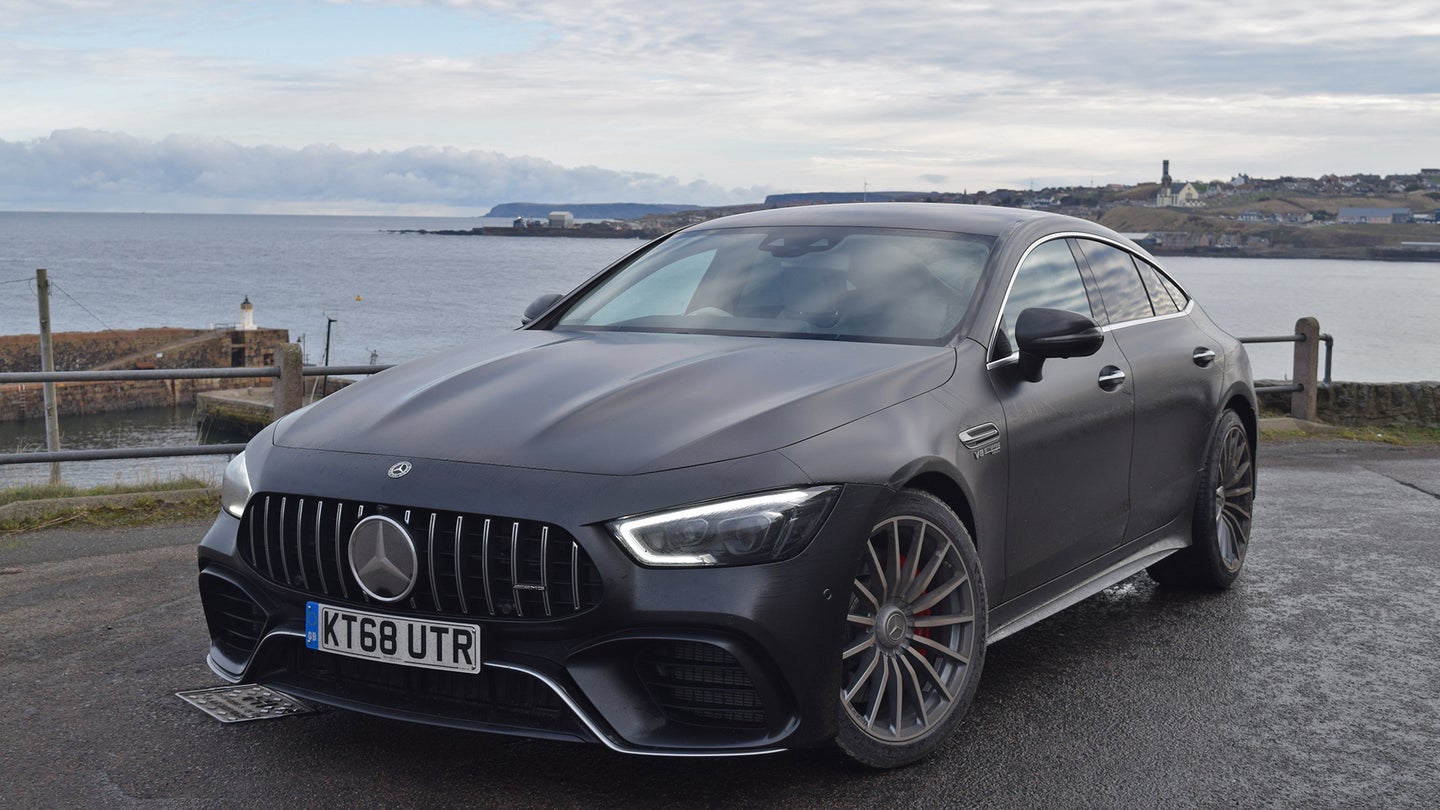 Word on the street is that Mercedes-AMG is prepping to launch a new plug-in hybrid performance model by 2020. Not only will it be one of the first plug-in hybrids from Mercedes-Benz’s performance division, but it could offer as much as 800 horsepower on tap.

According to AutoCar, the new car is likely to be based on the AMG GT four-door coupe. A recent patent filing also suggests that the new car will be named “GT 73 4MATIC,” which also depicts the use of all-wheel drive.

The “73” number itself also pays tribute to some of AMG’s earliest models, predating the tuning firm’s official merger with Daimler in the mid-1990s. Prior to being scooped up by Mercedes-Benz entirely, AMG specialized only in tuning and upgrading Mercedes-Benz cars. In the early 1990s, AMG tuned some of Mercedes’ V12-powered 600 models, which were completely new at the time and also the first 12-cylinder powered production passenger cars from Mercedes-Benz after World War II.

In addition to the patent filing, some spy photos began surfacing of a test mule that looks like another AMG GT four-door coupe. But after getting up close and personal, some spy photographers were able to get under the hood of said AMG GT prototype. Underneath, a bunch of wiring and other unknown equipment could be seen, implying that there’s a new electrical system at work. The photographers also reported that the test mule drove away without any engine noise emanating from the exhaust. Coupled together, this obviously suggests that a hybrid powertrain is certainly being employed.

Over the past couple of years, AMG’s head honcho, Tobias Moers, often spoke of introducing hybrid propulsion in the near future for AMG models going forward. Furthermore, Moers confirmed recently at the Geneva Motor show that a new hybrid model will debut sometime in 2020.

So far, rumors suggest the use of the company’s current bi-turbo 4.0-liter V8 engine. But unlike hybrid powertrains of current and past times, the system won’t place an electric motor within the transmission housing or onto the engine itself. Rather, an electric motor will supposedly be placed on the front axle, simulating all-wheel drive, hence the use of the 4MATIC badge.

Moers also often spoke of the Porsche Panamera Turbo S E-Hybrid as the company’s benchmark for performance, which only makes 671 total horsepower, however.

With Mercedes-AMG’s newest hybrid powertrain, performance figures should include a zero to 60 times of less than three seconds.