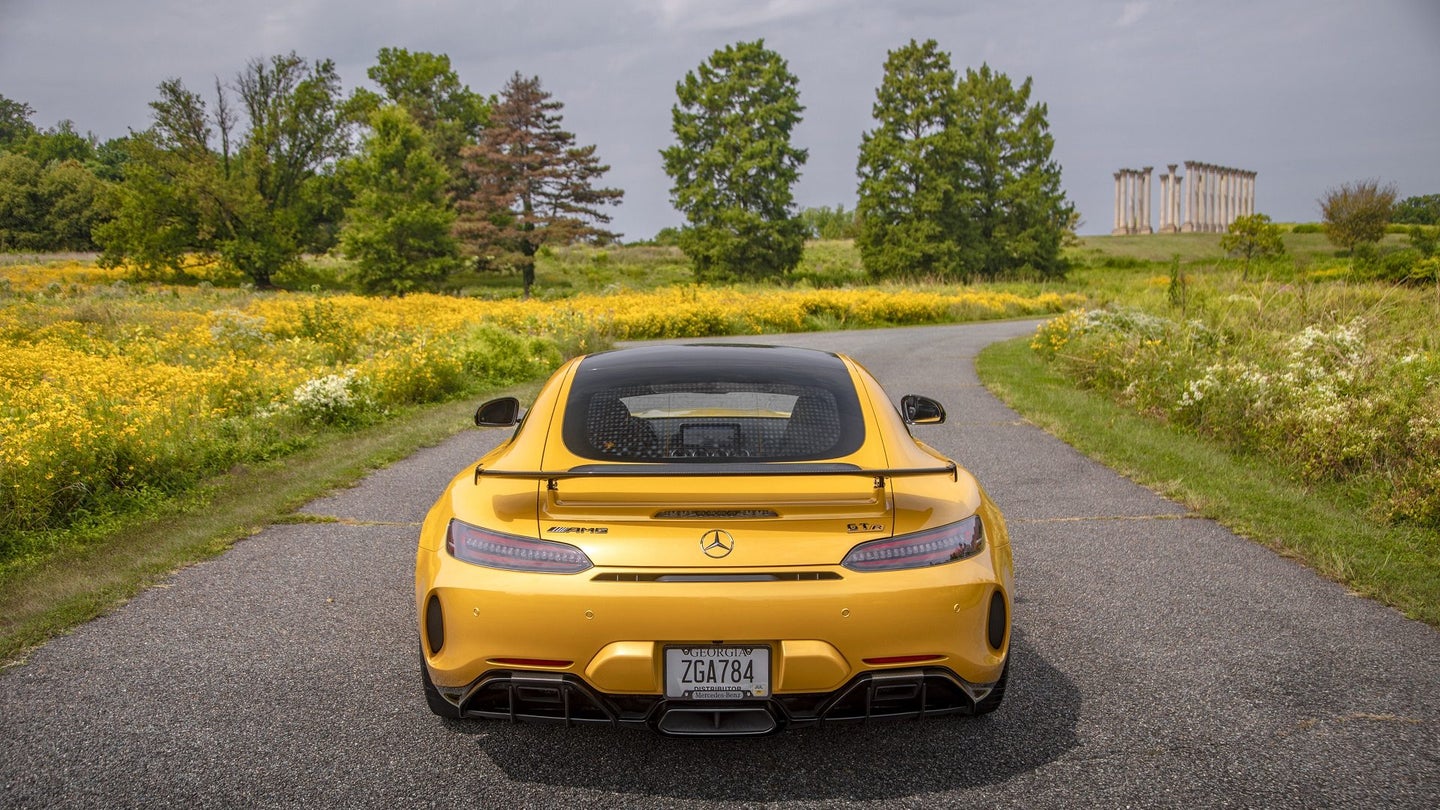 Just as a Porsche exec hints at completely electrifying the Cayman and Boxster, the German sports car exodus towards volt-based powertrains continues with Mercedes-AMG.

According to an Autocar report citing anonymous "insiders" from the Mercedes performance arm, the next-generation AMG GT will continue to use a twin-turbo 4.0-liter V8 but get assistance from a 48-volt mild-hybrid system and all-wheel drive. Thanks to the electric boost, the powerplant is projected to produce over 650 horsepower and up to 700 pound-feet of torque in higher-end models.

That's a good lick more than the current GT R's 577 hp and 516 pound-feet. it's also not out of the realm of possibility considering the mild-hybrid-assisted 4.0-liter in the GT 63 S 4-Door already pumps out 630 horses. As for that all-wheel-drive system, it'll apparently follow in the E63 sedan's footsteps in offering a selectable rear-drive Drift Mode for some classic AMG tire-shredding action.

A hybridized AMG GT would take direct aim at Porsche's to-be electrified 992-gen 911, a car that's already been packaged and engineered to accommodate electric motors. Unlike the Porsche, however, AMG's future sports car reportedly won't be a plug-in hybrid capable of moving under electricity only, with an unidentified source citing packaging concerns.

"With a 75-liter fuel tank behind the cabin, we're already at the limit on packaging," the source told Autocar. "For worthwhile distances on electric, you need a battery with at least 12 kWh of capacity. As well as commanding space, it also adds quite significantly to the weight."

Speaking of weight, the new car's aluminum spaceframe is apparently 513 pounds lighter than the old one while also being more rigid, especially in the front, and boasting "improved torsional properties." Styling-wise, expect something ultra-modern; a bigger visual gap between the current AMG GT and the timeless SLS.

The report goes on to say that the electrified next-gen AMG GT Coupe and Roadster will be on sale by early 2022. We've reached out to Mercedes for comment and will update this story when we hear back.

The Drive
MORE TO READ