Future Mercedes-AMG Cars Will Be Quieter Due to European Regulations: Report 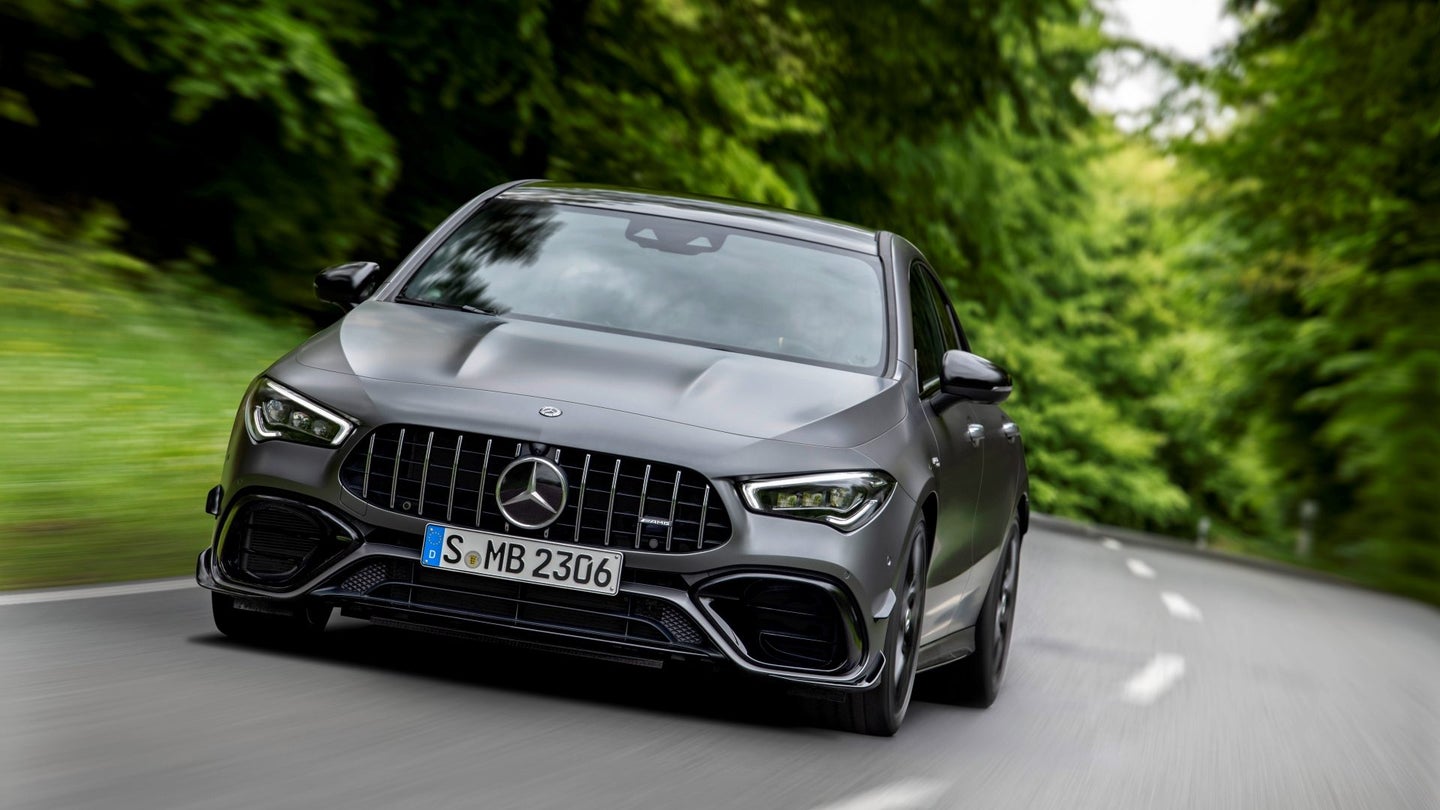 It sounds like the era of tire-shredding, neighbor-maddening hooligan cars from Mercedes-AMG might be coming to an end. In addition to allegedly ditching rear-wheel drive, future AMG cars will apparently be quieter in order to comply with increasingly stringent noise regulations in Europe.

Speaking to Australia's Motoring after the publication drove the noticeably quieter CLA45 S and A45 S hot hatch, Mercedes-AMG head of product planning for compact cars Bastian Bogenschutz said upcoming AMGs sold in all markets would be affected and quieted down thanks to Europe's new noise rules. We've reached out to AMG to ask how this would affect vehicles bound for the U.S. and will update this story when we hear back.

"It's coming from the European regulations," Bogenschutz said. "We can [design specific exhausts] but it's too expensive for every market to do it, it's pretty difficult."

The protocol has now changed so that cars in Europe are tested with the exhaust set to its loudest setting. In response, Mercedes-AMG has piped "sound enhancement" into the cabin to give drivers the vrooms, pops, crackles, and bangs they expect from a hot Mercedes.

We guess AMG owners wanting a little more auditory oomph will have to go to the aftermarket from now on.

Just last week, a report surfaced alleging that the current C63 would be the last one to feature full-time rear-wheel drive and that the next hot rod C-Class would get all-wheel drive with Drift Mode, putting an end to a long line of rear-drive-only sports sedans.