That’s higher output per liter than the mighty Bugatti Chiron. 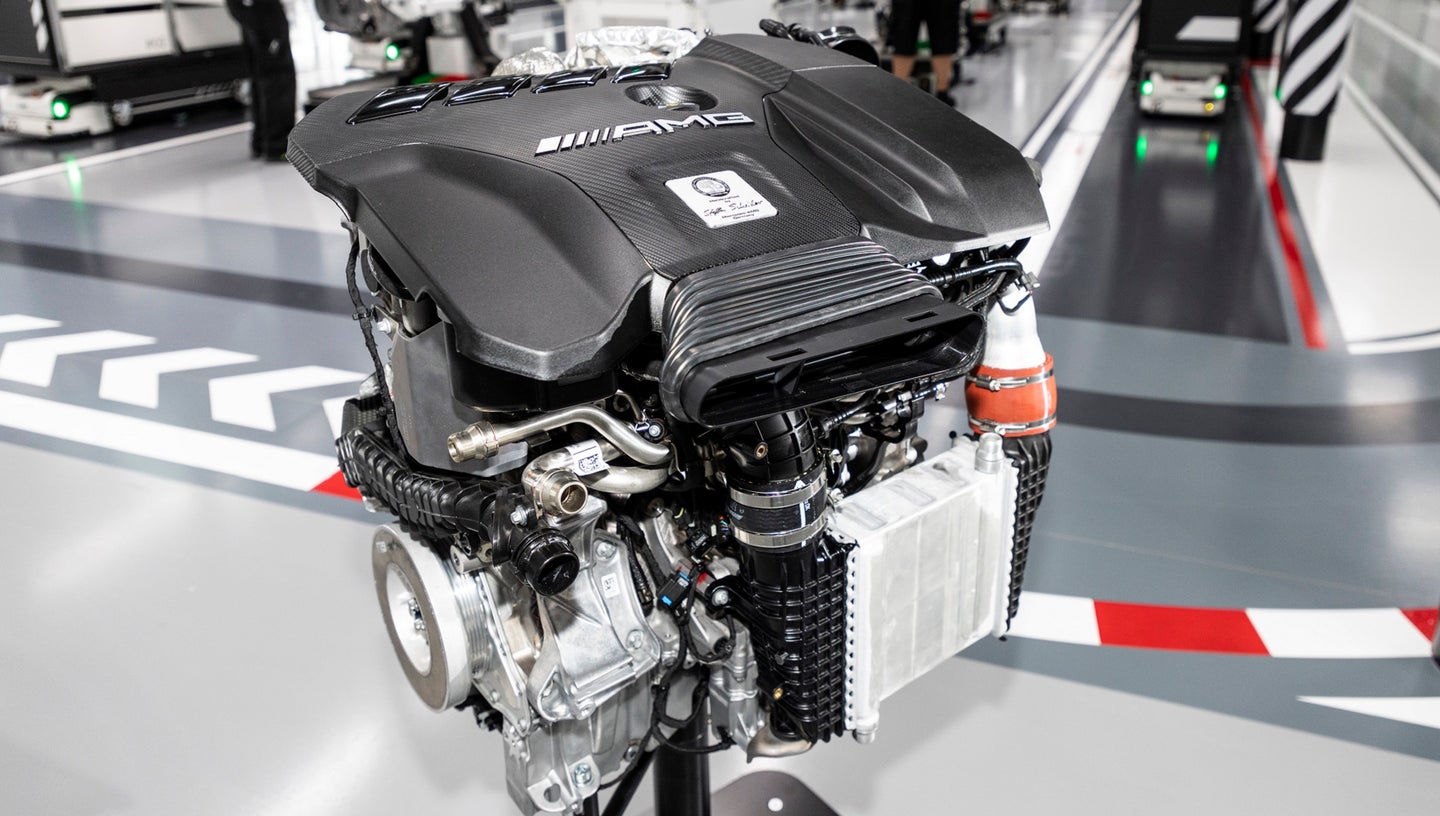 The new powerplant eclipses the high-performance variant found in the Mercedes-AMG A45, which featured a 376-horsepower turbo four-banger (187.5 horsepower per liter) that previously held the bragging rights of being the most powerful of its kind. Just to put that into perspective, that's higher horsepower output per liter than the Bugatti Chiron hypercar.

So how did Mercedes-AMG do it? Engineers pretty much reworked the engine from the ground up. There are larger exhaust valves, slicker cylinder walls, and they cast the all-aluminum crankcase with a chill-cast method that allows for the use of a closed-deck construction, which Mercedes-AMG says is a four-cylinder engine design originally meant for racing.

Engineers also repositioned the turbocharger and the exhaust manifold to the rear of the engine and to the side of the firewall, when viewed from behind. This allowed the intake to be repositioned to the front, allowing for more direct induction of cold air, thanks to shorter intake distances. But more so, it’s also shortened the distances of the exhaust, with both benefiting from fewer diversions. This increased airflow, of course, means improved performance and engine response.

The water pump is also no longer driven by the auxiliary serpentine belt, meaning it’s no longer parasitically sapping power from the motor itself. Instead, it’s driven by its own electric pump. The cooling system also benefits from a plethora of upgrades to help allow the mill to dissipate its heat more efficiently.

There’s also a new twin-scroll single turbocharger that’s been redesigned with divided exhaust manifold ducts to allow for a separate exhaust feed into the turbocharger. The snail also benefits from newer roller-style bearings, similar to the snails found on the automaker’s renowned AMG 4.0-liter biturbo V8. This results in faster throttle response and for the torque curve to peak faster. Also assisting the turbocharger is a new type of electronic control that eliminates the spool-up period, essentially eliminating turbo lag altogether.

"We already set the benchmark in the segment with the preceding engine. This fundamentally new four-cylinder presented us with the challenge of doing even better. And we succeeded with a number of sometimes revolutionary solutions, said Mercedes-AMG chairman Tobias Moers. "With the M 139, we have once again impressively demonstrated the engine expertise of Mercedes-AMG. Not only is the output per liter unrivaled for a turbocharged engine, the high level of efficiency also demonstrates that the internal combustion engine still has further potential."

Of course, BMW has already developed an outrageously powerful 600-horsepower 2.0-liter four-cylinder engine, but unlike the AMG version, the BMW motor is strictly for its DTM factory racing applications.