Mercury Racing’s super heroic marine powerplants are works of machine art. And you can order them in green. 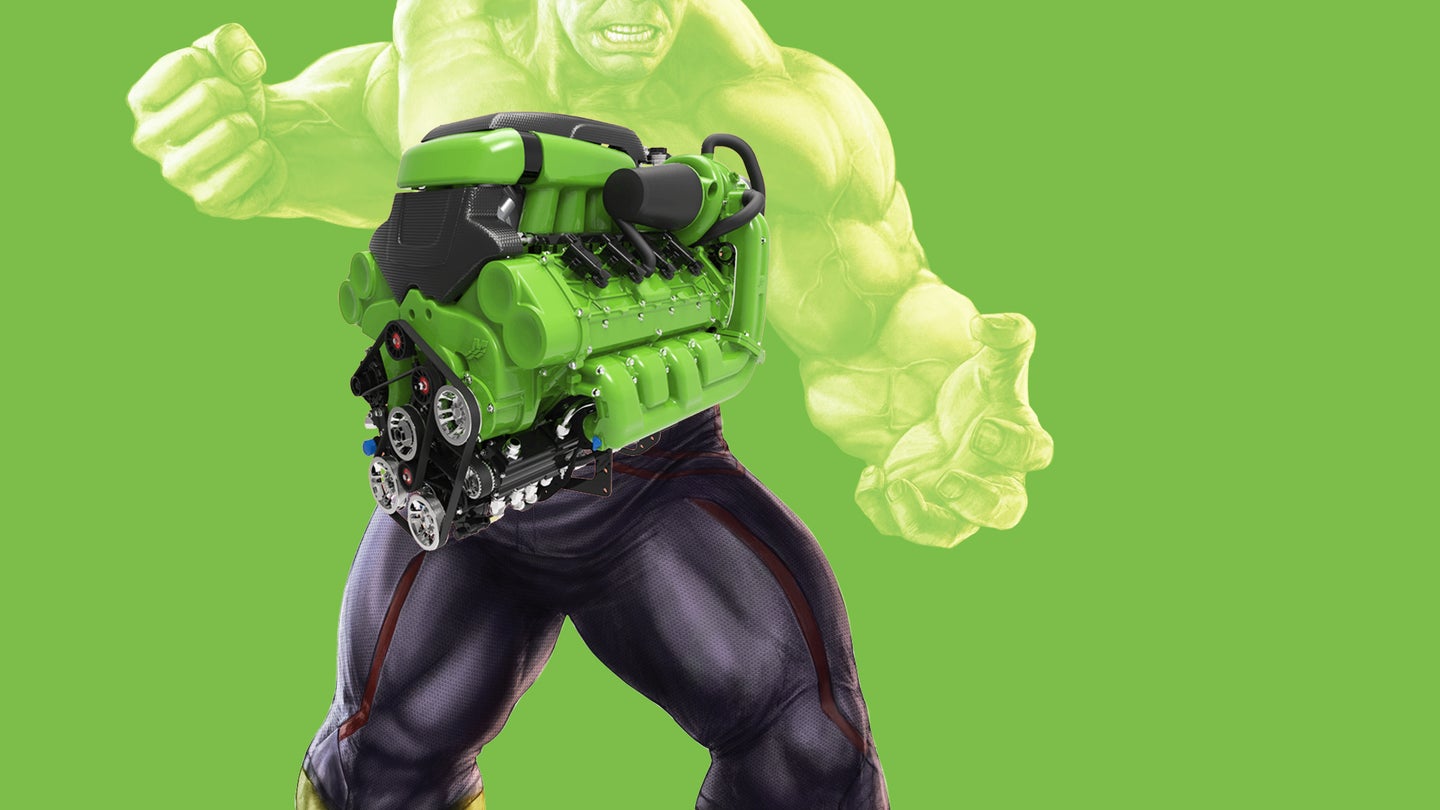 Among landlocked engine nerds, high-performance marine powertrains are a mere glimmer on the edge of consciousness. As such, Mercury Racing's nine-liter, dual overhead cam, four-valve, twin-turbocharged madness machines have likely slipped past unnoticed. That's a shame, because they’re an engine-nerd’s paradise.

For power junkies, marine engines offer the best of all worlds: less-stringent regulations, unlimited cooling possibilities—for both engine and intake air charge—and access to super-rich customers willing to pay for high-end engineering. It’s a trifecta that opens up mega performance possibilities, including those of Mercury Racing's hulk-like 1550.

Built for top-of-the line pleasure boats, this badass mill, part of the company's QC4V (quad-cam, four valve) engine platform, combines outrageous performance with low-wake flexibility that won’t piss off the harbor patrol. That, plus its smooth throttle won’t have the owner of a $1.4 million speedboat slamming into a pier while he’s trying to modulate a quirky racing engine.

Getting full-monty horsepower means filling the tanks with race gas. On 91 octane pump fuel, they’ll still turn out 1350 hp. The engine calibrations are switchable via a "Race" key fob, which unlocks the top spec, and a "Pleasure” fob that limits horses to the base.

The Marine Racing 1550 propels the Mercedes-AMG 50 Marauder GT R to 130 mph on water—which feels like 1000 to land lubbers. It’s also a direct relative to the racing-built 1650 that powers the 1970 Dodge Charger Tantrum, shown at the SEMA aftermarket show in Las Vegas last year.

And what's more, you can order the 1550 in a range of shades, and even make the heads and intake separate colors. Unless you want that apropos Hulk effect.

Lest it remain unsaid, MERCURY SMASH.