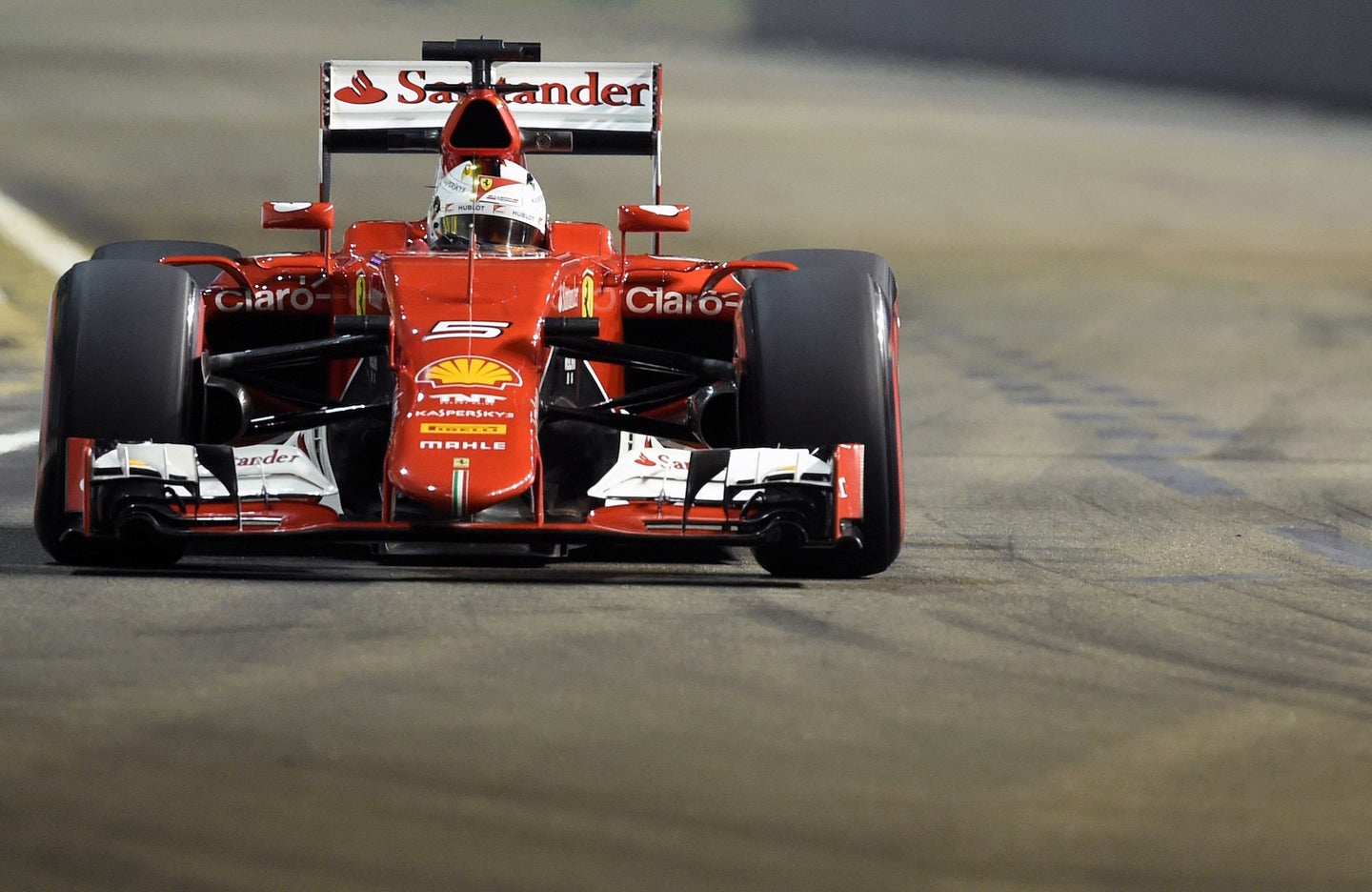 Just yesterday during a wet tire testing session at Ferrari's test track, Sebastien Vettel slid off the track and directly into a barrier, ending the session early Motorsport.com reports. The four-time Formula One World Champion apparently lost control on a warmup lap, causing heavy damage to the heavily modified SF15-T he was driving and minor bruising to the German driver.

The car went back to Maranello to be evaluated whether it could be fixed in time for today's testing, but it turns out there weren't enough spare parts to get the test mule in working order in time.

Pirelli initially set up the test to figure out what the warm up characteristics were like for the new, wider tires that are set to debut in the 2017 F1 season, but given the tough conditions on Thursday—where temperatures didn't exceed 41 degrees Fahrenheit—it looks like things aren't off to the best start for the Italian tire maker.

Watch the crash below, but first a gentle warning: It is a video of a video. Even worse, the phone playing the video has a cracked screen. Apologies.