One of the most insane crate engines you can buy is built by a company known for boat engines. 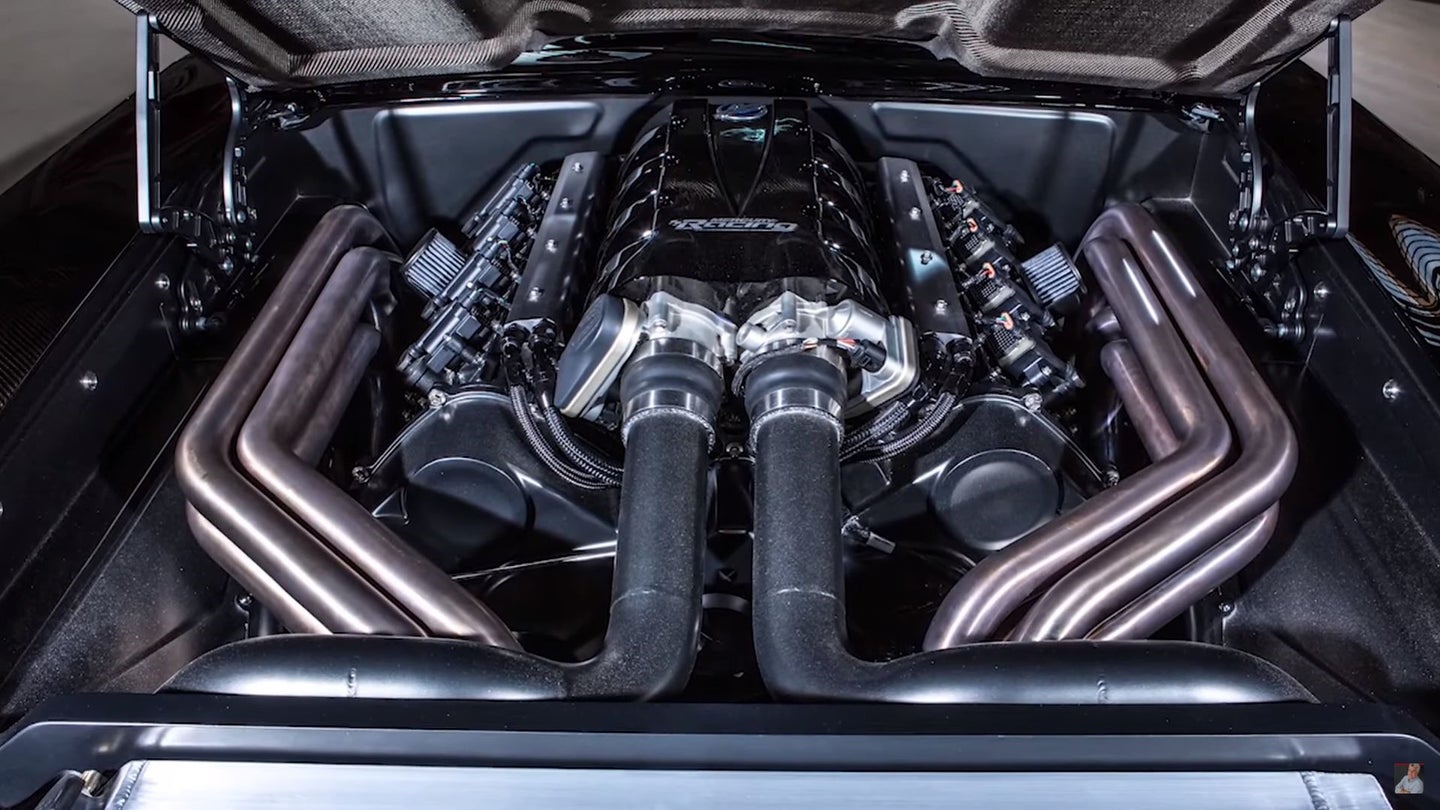 Mercury Racing, the high-performance division of Fond du Lac—Wisconsin-based marine engine manufacturer Mercury Marine—is getting back into car engines. If you think it’s weird for a boat company to build car engines, Mercury Marine built the LT5 V8 that powered the C4 Corvette ZR1. Mercury Racing has a big market share in the world of performance marine engines. As you can imagine, that specific segment only has so much room for growth.

Chief technology officer of Mercury’s parent company Brunswick Corporation David Foulkes is confident that Mercury Racing can make a name for itself in the automotive realm. "We have the talent and we have the engineering expertise for high-performance automotive," Foulkes said in an interview with Automotive News. "We're trying to leverage our capabilities into these other markets."

Currently, Mercury Racing makes two crate engines intended for cars, but it’s a pretty small operation. The company builds a GM LS-based 7.0-liter V8 that makes 750 horsepower called the SB4 and a much more serious 9.0-liter twin-turbo V8, called the QC4, which cranks out 1,350 HP. Both engines are DOHC with four valves per cylinder.

Since DOHC V8 engines are sort of the company's forte in car engines, Mercury Racing has its fingers crossed for some sort of involvement with the hotly rumored mid-engine Corvette. According to Mercury Racing senior marketing manager Rick Mackie, the company is not doing any official business with GM yet on the future ‘Vette. "I would think we would at least have the conversation," Mackie told Automotive News. "But we haven't yet."