After four and a half years working at Tesla’s California factory, Jose Moran is hurt by statement from the man he calls “a genius.” 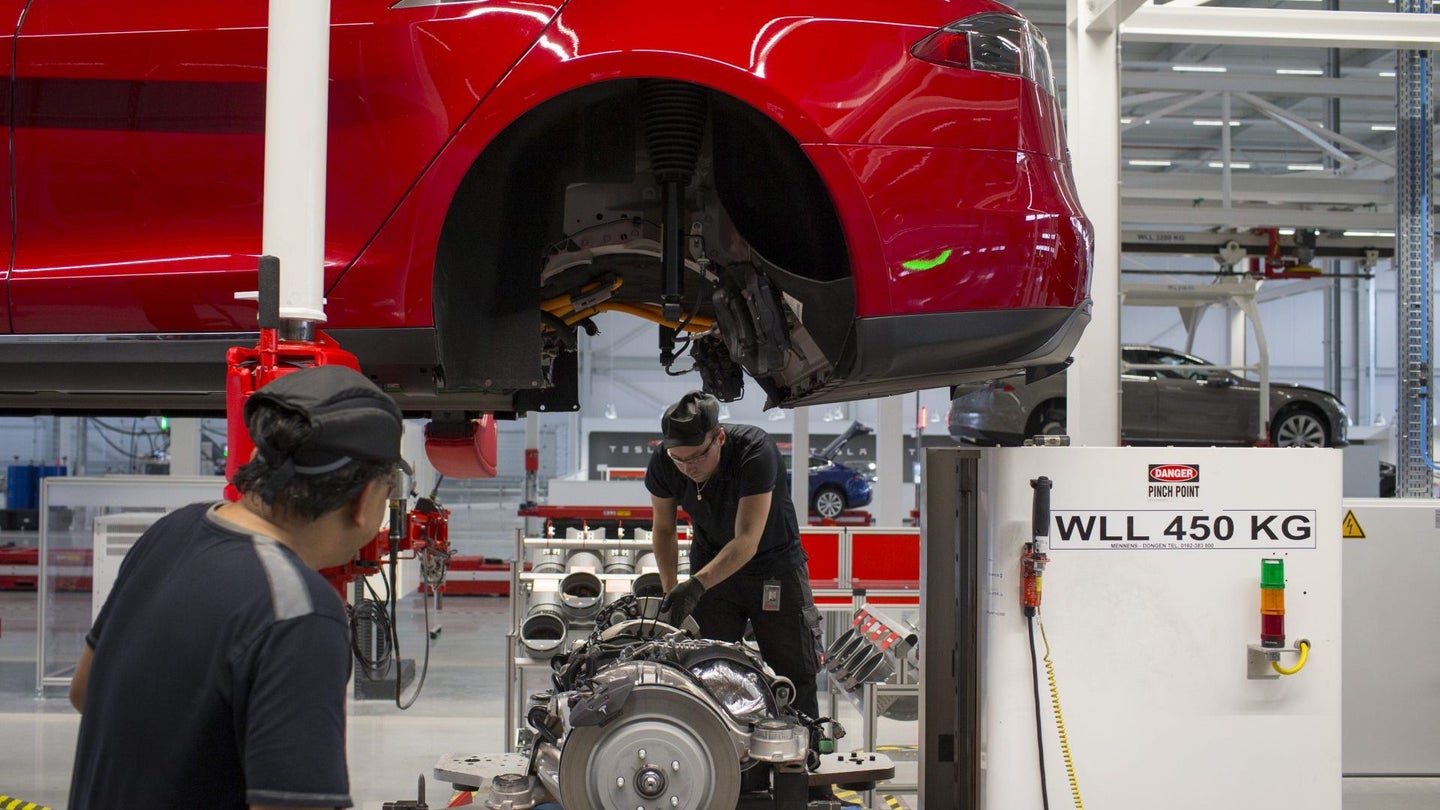 For the record, he's not getting paid by the UAW to organize a union, and it was a Tesla recruiter that contacted him to work at the company's New United Motor Manufacturing, Inc, or NUMMI, plant—not the other way around, says Jose Moran, a Tesla employee who posted an open letter to the company on a self-publishing platform on Wednesday. His letter, "Time for Tesla to Listen," aired his grievances about unsafe labor conditions and low pay at the NUMMI production facility, and ultimately called for workers to unionize.

However, Musk discounted many of Moran's claims in the letter, and distanced the company from the production line worker.

“Our understanding is that this guy was paid by the UAW to join Tesla and agitate for a union," Musk said, via direct messages to Gizmodo. "He doesn’t really work for us, he works for the UAW.”

Moran spoke with reporters on Friday afternoon to discuss his letter and refute Musk's claims, which he found disappointing after four and a half years as a loyal Tesla employee at the NUMMI plant.

Tesla production line associates earn between $17 and $21 an hour—which is below the $25.58 average for autoworkers, he explained. Those wages don't go far in the expensive Bay Area, and as a result, many workers live far from the Fremont facility. Long commutes compound the draining effects of long shifts.

On the call, he described his typical workday, which begins with a one-hour commute before dawn from Manteca to make it to his 5:45 a.m. shift at the Tesla factory in Fremont. There he puts in a 10- or 12-hour day on the production line before driving back home...this time, in traffic. When he sees his children is anyone's guess.

Elon Musk said in a Twitter conversation with Gizmodo that mandatory overtime at NUMMI was decreasing. Whether or not that is true depends on the department you're in, responded Moran.

"Some are 8 hours, others are 12," he says. One month they worked 12 hours a day for 30 days straight. With extended periods of mandatory overtime like this, injuries often follow.

"Working 12 hours, six days a week, two processes instead of one, you get tired and hurt," he explained after completing his shift. "A lot [of injuries] are preventable, and that is why a union is good."

Tesla could be doing more to protect workers' health and safety, notes Moran, arguing that the "open door policy" Tesla has with its employees doesn't work for a company of its size. With more than 6,000 workers at the Fremont facility, a union would better represent their health and safety concerns to executives.

Another issue is the unclear path and process for career advancement. Workers don't know what qualifications or requirements are needed to earn a promotion, says Moran. As a result, they become frustrated when they hear that a position is filled outside of the company because of a connection to a hiring manager.

"A union will have a structured policy for promotions. Having policies that a manager and laborer have to follow make sense for everybody," says Moran.

Positive response from co-workers so far

Many other workers feel the same the need to represent their interests and have their complaints heard, Moran claims. He says he's received nothing but positive reactions from fellow employees after he published his letter. In fact, people have come up to him thanking him for speaking out, shaken his hand, and called his move "courageous." The only response from management has been a casual one-on-one meeting to discuss safety.

And as far as Musk's claim that his efforts are "morally outrageous?" Those words are a little disappointing to Moran.

"Workers go above and beyond for the company. I’m just voicing my opinion. It's a truthful opinion, and a lot of workers are disappointed with working conditions--we do have low pay. I like the company and hold him in high regard. He’s a genius. Being around for four and a half years helping him get to this position, it’s disappointing."

The Drive has reached out to Tesla for a response, and will update this story if a reply is received.