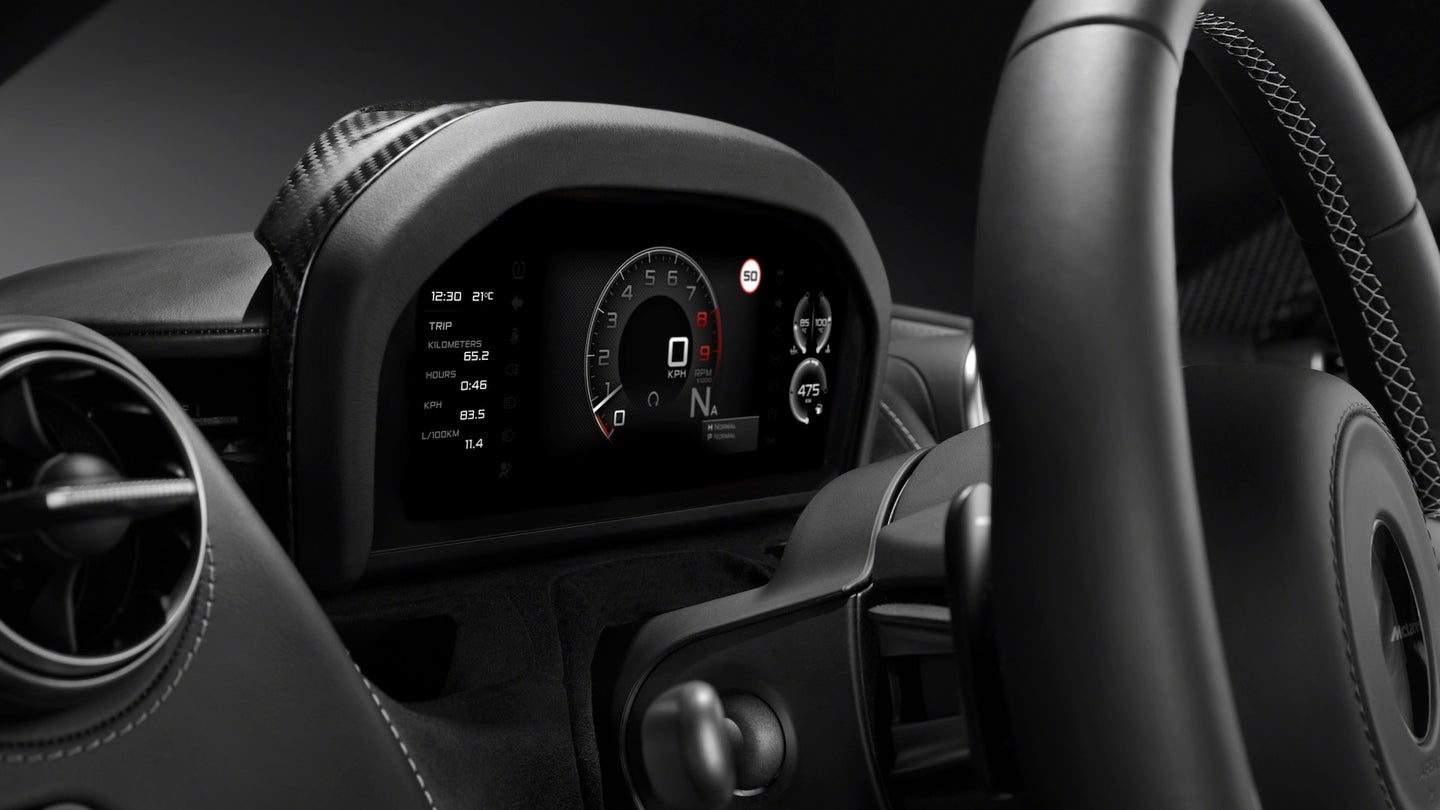 Leading up to its debut at the Geneva Motor Show, McLaren has been devoted to serializing information on the British automaker's new mid-range supercar, the 720S. Today's tidbit is that the new supercar will have a shiny new digital gauge display that folds in and out of the dashboard.

The new display, featured in a press release posted by McLaren on Wednesday, has two different viewing options for the driver. When he or she wants to be less distracted behind the wheel (which should probably be more often than not) or wants less car status information, the driver can select the folded screen option, which shows the selected transmission mode, speed, and RPMs. When the screen is folded out, the driver sees the full 8-inch screen, which shows a larger speedometer and tachometer, as well as trip information, vehicle status, fuel level, outside temperature, warning lights, and everything else you might expect to see on a digital gauge cluster.

The 720S will be the successor to the 650S. Previously, McLaren announced that the 720S would have drift mode, have the ability to jaunt from 0 to 124 miles per hour in 7.8 seconds thanks to a new 4.0-liter twin-turbocharged V8 motor, and be able to come back down to standstill from that speed in just 4.6 seconds.

See the screen in action below.