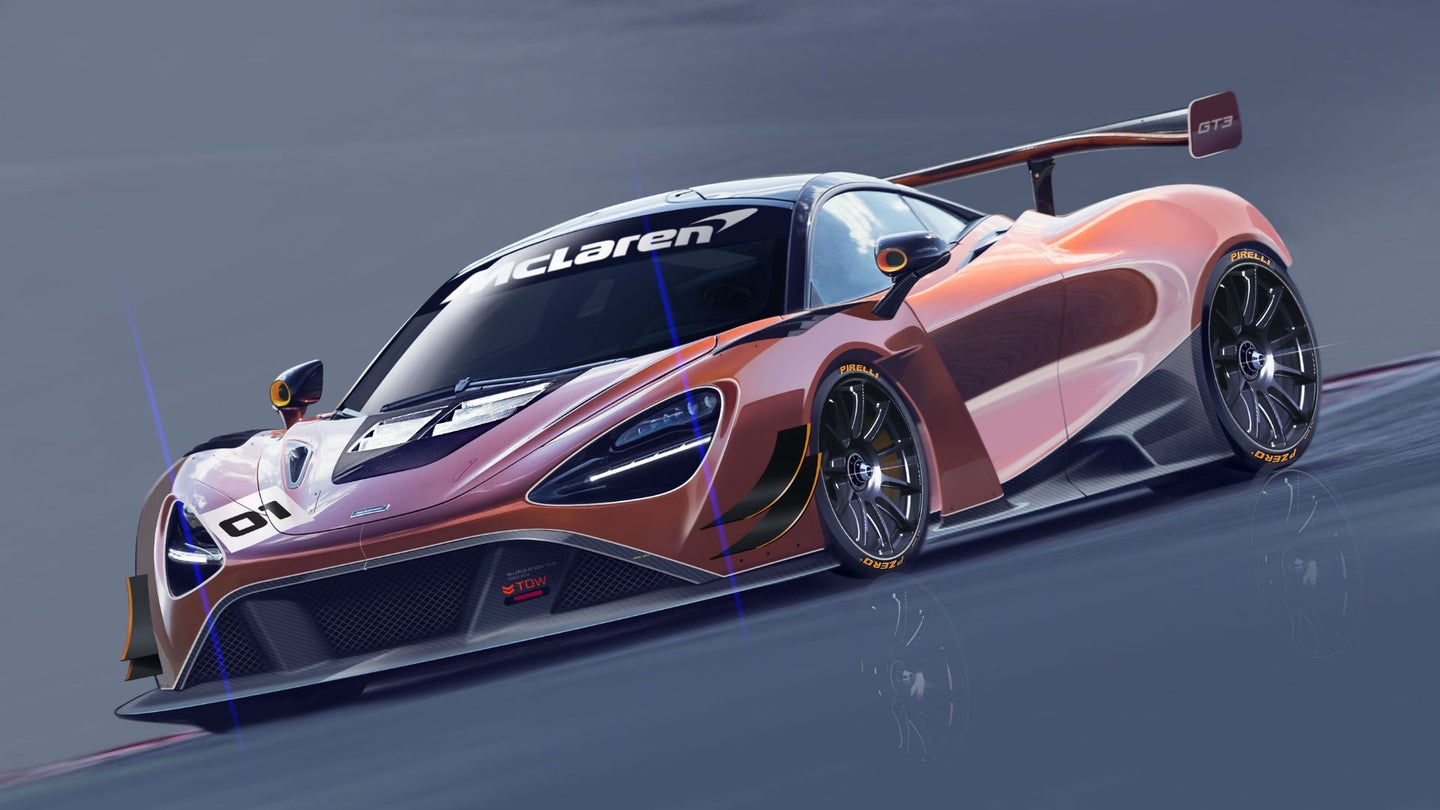 McLaren Automotive debuted the new 720S GT3 today, which will begin testing in 2018 and be available to customer racing teams in 2019.

Barring a yet-to-be-announced entry in the Ultimate Series, McLaren has a full lineup of luxury sports cars that have proven themselves on both the road and the track, so it's about time for McLaren to shift its sights back to motorsport. “McLaren is built on racing and providing our growing family of customers with unique and exhilarating driving experiences," said McLaren CEO Mike Flewitt.

The 720S GT3 joins the 570S GT4 unveiled earlier this year in an initiative to expand McLaren's lineup of race cars built for customer racing series. It will primarily compete in one-make GT races but plans to follow the path of the 650S GT3, which saw action at the Pirelli World Challenge, Blancpain Endurance, and Asian Le Mans Series.

The GT3-spec 720S utilizes the robust Monocage II carbon fiber tub from the Super Series road car but ups the ante with a unique aero package and a healthy dose of carbon fiber composite. McLaren also squeezed some more performance out of the 720S' twin-turbocharged V8, now mated to a 6-speed sequential racing gearbox.

McLaren is also launching the McLaren Automotive Driver Development Program to help customers unlock the 720S GT3's full potential. The McLaren track events will help owners hone their skills with the race cars, and the best of the best will be chosen to participate in the new Pure McLaren-GT Series.

Ten dealerships around the world have been chosen to offer the new 720S GT3, starting with McLaren Glasgow. Owners in North America will be able to buy from and service their cars at the following dealers: Newport Beach, California, Dallas, Texas, Scottsdale, Arizona, Toronto, Ontario, San Francisco, California, and Philadelphia, Pennsylvania.