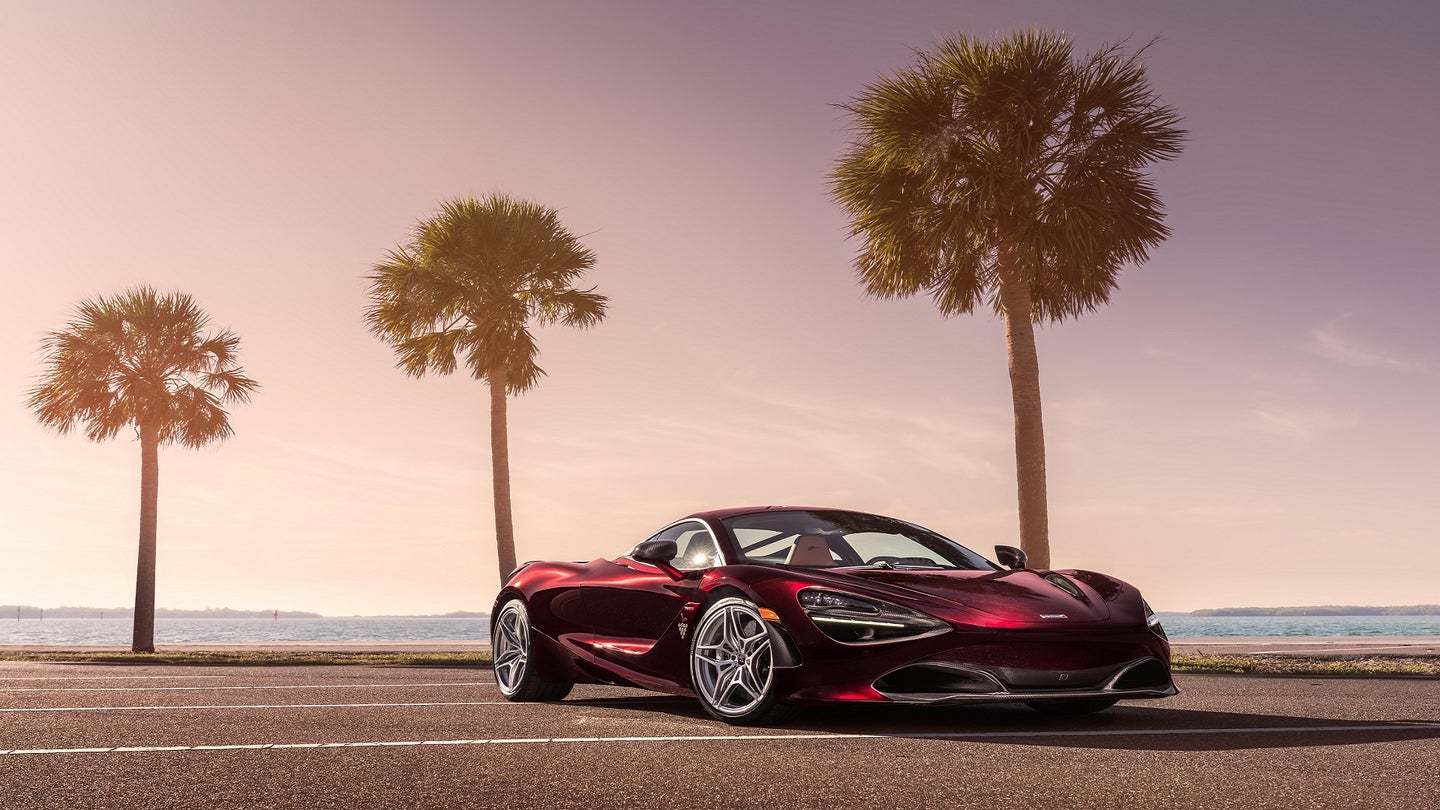 It seems like the “in thing” to do nowadays is raffle off a sweet car to raise money for charity. It seems like a win-win for everyone involved. The manufacturer gets positive PR, the charity gets a huge donation, and the auction winner gets a rare or special edition car to add to their collection. Recently, Chevy auctioned off the first examples of its ZR1 and Carbon 65 Corvette. Getting in on the charitable giving vibe, McLaren just auctioned off a one-of-one, personalized 720S at the Naples Winter Wine Festival. They raised $650,000 for the Naples Children and Education Foundation in the process.

The team at McLaren Special Operations put together a dandy of a package for the auction. The bespoke 720S came loaded with carbon, not just in the interior but all over the exterior and its Nerello Red finish. Tying in the wine theme, Nerello is named after the Nerello Mascalese grape. The interior is outfitted in Saddle Brown with stitching to match the outside. It also featured a custom steering wheel wrapped in two-tones with Saddle Brown and Carbon Black leather grips. Of course, it also comes with a special dedication plate marking the special one-off commission.

Speaking on the auction, Tony Joseph, President of McLaren North America, said, “The McLaren 720S is an extraordinary vehicle—in fact demand exceeds supply, which makes it even more exciting for us to be able to offer this MSO 720S to the winning bidder, who will be able to take delivery immediately. The work done by the Naples Children & Education Foundation to help transform the lives of children is so important and we are honored to donate a vehicle to this cause.”