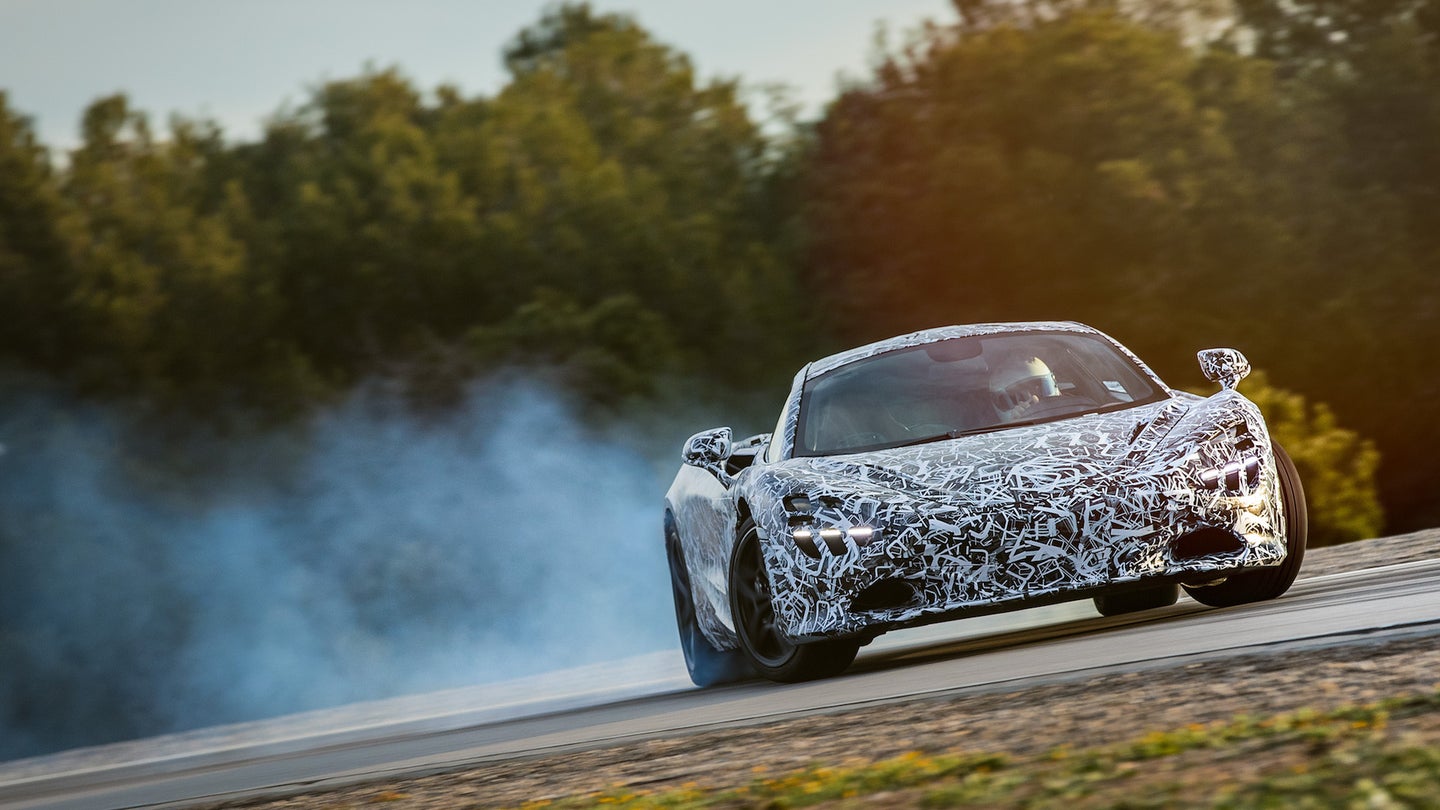 The McLaren 650S's 207-mile-per-hour top speed and ability to blast to 124 MPH in 8.4 seconds is nothing to scoff at, but come next month, the British automaker will likely be putting those numbers to rest when it unveils its the 650S's replacement—the 720S. And thanks to some early details dropped by McLaren, we know have some sort of idea as to just how impressive this thing will be.

The McLaren 720S, which the British automaker is currently referring to as the "second generation super series" and what has also been referred to as the P14, will be powered by a new 4.0-liter twin-turbo V8 motor, the automaker announced in a press release Wednesday. That engine is just slightly bigger than the 3.8-liter engine that's currently used in all of McLaren's road-going models, but it's apparently just enough to boost the new supercar to performance levels the 650S couldn't reach.

The new car will be capable of launching from standstill to 124 MPH (or 200 KPH) in 7.8 seconds, which—as we mentioned above—is .6 seconds quicker than the outgoing model. Also, it can run a standing quarter-mile in 10.3 seconds—.2 seconds less than the 650S can. Official horsepower figures have not yet been released, but we would guess it would be around 700 or so, since McLaren has a history of keeping its model names somewhat in line with power output.

Also, apparently every time you unlock the supercar, the engine bay will light up. We're not so sure how we feel about that.

It's hard to top a car like the 650S, but it sounds like McLaren is on its way to do so. We'll just have to wait until we get eyes on the whole thing at the Geneva Motor Show on March 7.