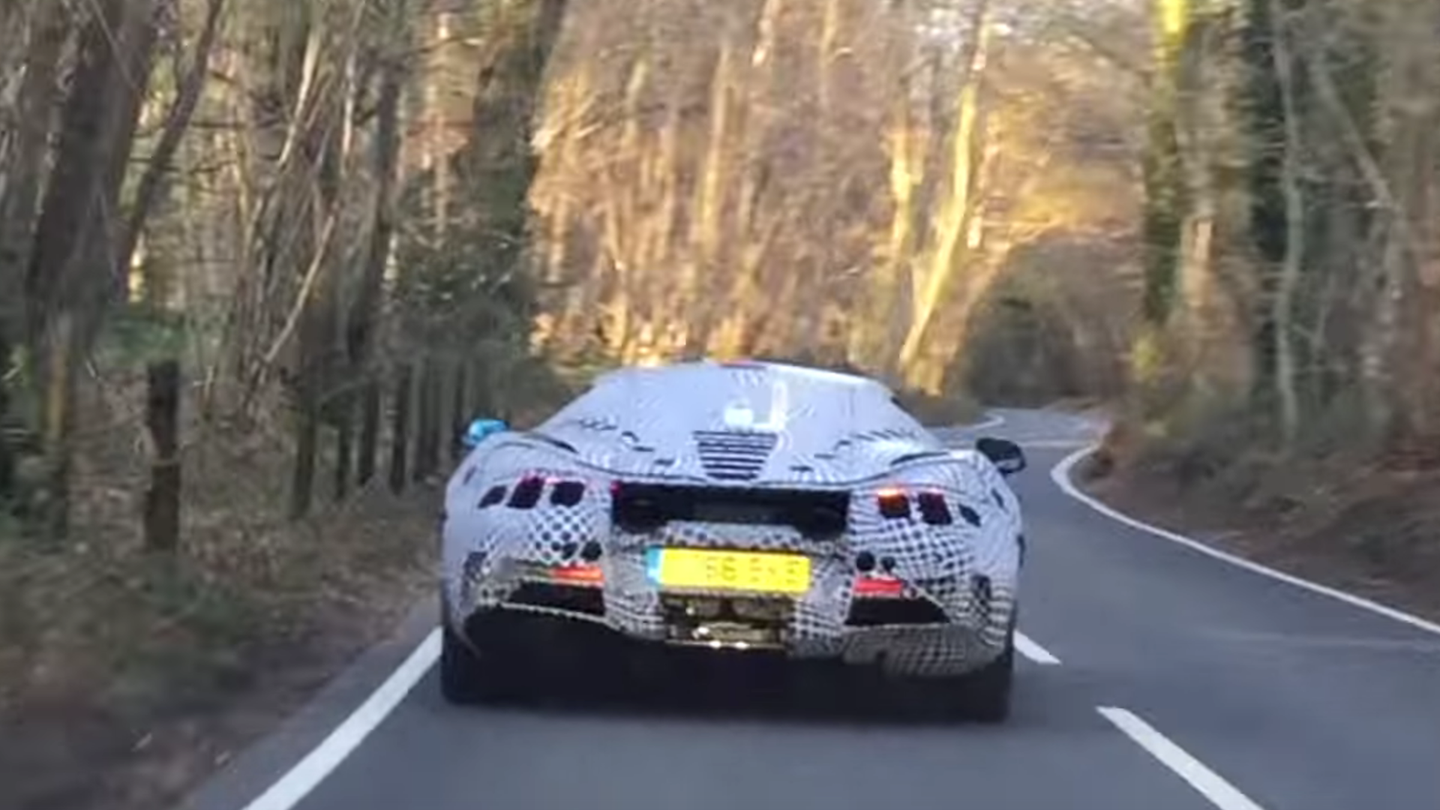 When McLaren dove into the modern supercar market in 2011 with the MP4-12C, the British automaker stirred up the scene for years to come. The automaker has come a long way since then, stretching its lineup both upmarket and downmarket from that first car—but all those vehicles were still based on tweaked versions of the 12C's basic platform. Which means the current cars—especially the oldest, the 650S, which is basically a heavily-facelifted 12C—are starting to grow long in the tooth.

That's where this new 650S replacement comes in. Spied testing on British roads, the new McLaren supercar—internally code-named P14—looks just about ready to take the reigns from McLaren's mid-range supercar.

A video recorded and uploaded to YouTube by "Petrol Ped" shows a close-up look of what appears to be a highly-camouflaged P14 test mule. Ped follows the McLaren around the Chichester area, which is about 60 miles south of McLaren's base in Woking.

The new car will use McLaren's go-to 3.8-liter twin-turbo V8 motor but the automaker will likely bump the performance output to something closer to that of the 675LT, Autocar reports. This is most probably part of a push to make sure the new supercar is just as capable (or more so) than its competitor, the Ferrari 488 GTB. That means McLaren will be looking to scamper past the Italian supercar's 205-mile-per-hour top speed and do zero to 62 mph in less than three seconds.

It can be difficult to see the lines of the car from Ped's video, but if you compare the mule to another car that was captured by spy photographers in September, you can see it's the same car. New headlights, 675LT-esque exhaust exits, swoopy roof lines that are more pulled toward the driver than outward—it's the P14, just with a bit more black and white.

Check out the P14 in motion below, and let us know you think of the prototype in the comments.