The British sports car company’s latest tease for the 650S replacement reveals new technology that gives it “the widest breadth of dynamic ability of any McLaren.” 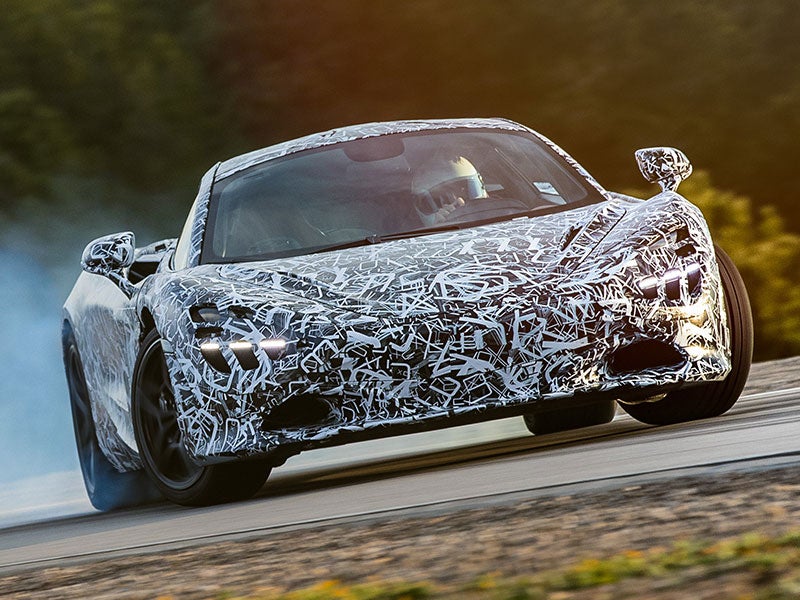 There's roughly a month until the newest member of the McLaren family makes its debut at the Geneva Motor Show, but in this day and age, leaving a new car a total surprise is amateur hour in the automotive world. Thus, McLaren has already been teasing the new Super Series model, code-named P14, for weeks—and its latest hint suggests the next Macca could be the most versatile supercar yet.

The new McLaren, which will replace the 650S in the company's lineup, will come with Proactive Chassis Control II—the newest version of the carmaker's system that provide a borderline-magical combination of ride comfort and handling. The company says the new setup gives the P14 "the widest breadth of dynamic ability of any McLaren," and exceeds all previous Super Series' combination of "cornering performance, driver enjoyment and ride comfort." (Which ought to give anyone who's ever spent time with the 675LT a shiver of excitement.)

Using a dozen more sensors than the car it replaces, the new P14 reads the road on a millisecond-by-millsecond basis, determining how best to apply power and adjust the suspension depending on whether the car is in Comfort, Sport, or Track mode. The result, according to McLaren executive director of product development Mark Vinnels, is more grip than ever, without giving up driver feel.

And when the driver feels compelled to kick the ass out and powerslide through some turns, McLaren's new Variable Drift Control feature will let him (or her) adjust the level of electronic stability control involvement with a swipe on the car's infotainment touchscreen.

New McLaren Expected to be Called the 720S

While McLaren has gone to the usual lengths to keep the new Super Series model under wraps, that didn't stop an image of the car from leaking online via the Instagram account of a user known as "woppum." The Instagram picture isn't much to go on, but based on the photo McLaren released today of the car showing off, it seems pretty clear that woppum's picture shows the real deal...though we're hoping it'll look a little more handsome in person than it does in that first awkward picture.