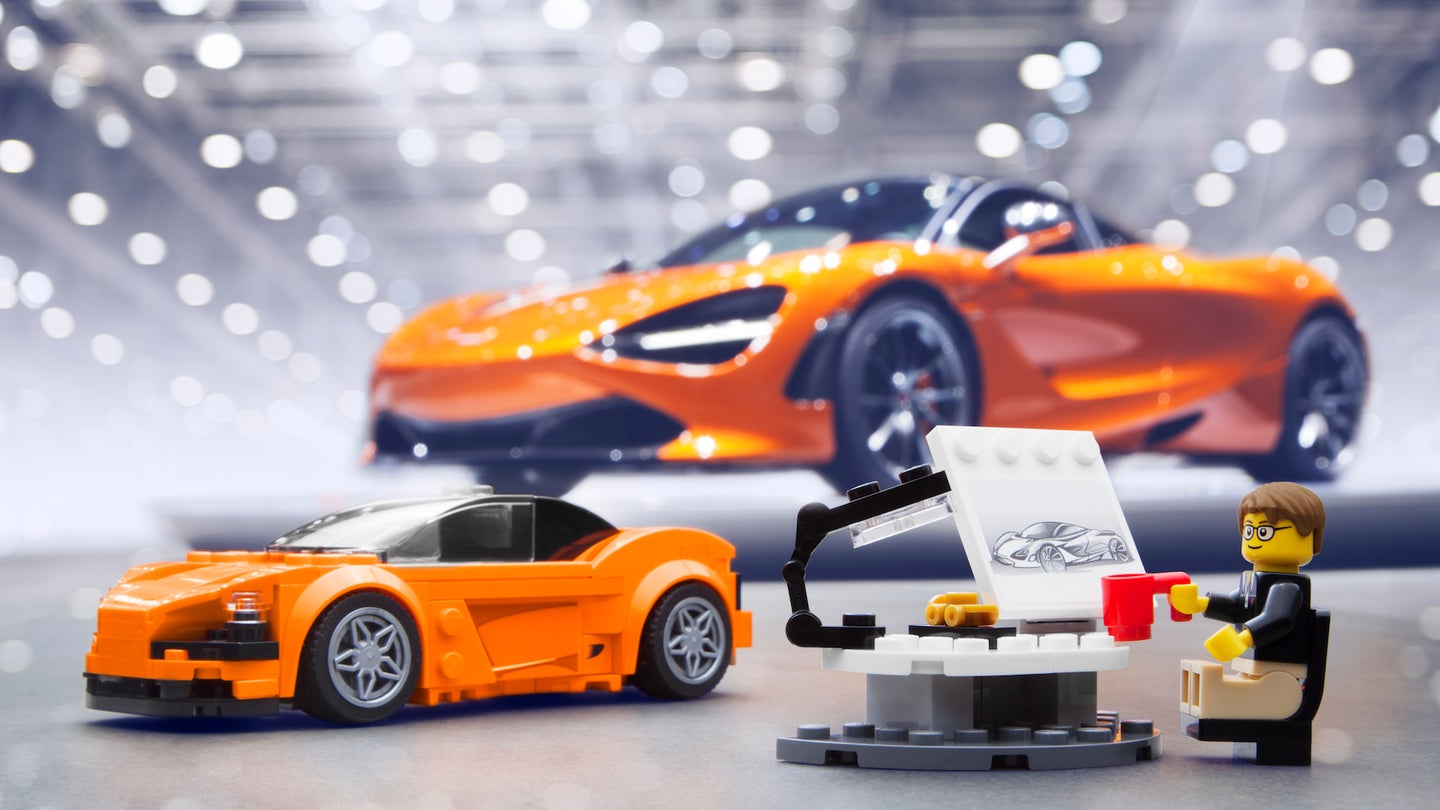 We here at The Drive always preferred Lego model cars over the more conventional—and more detail-oriented—metal toy cars. Maybe it's because when you smash them into things, they cinematically burst into little pieces and still let you put them back together. Either way, there's now a new Lego model car, based on the recently-unveiled McLaren 720S, that you can crash into things in watch spray plastic blocks across the floor as much as you please.

The 720S Lego set comes with a Lego person car designer, a sketch desk (coffee and all), and all the pieces to build the car. Though no 710-horsepower 4.0-liter twin-turbocharged V8 can be found here.

If we're being honest, from the images McLaren has provided us with, this Lego build isn't exactly what we could call a model replica of the 720S. Like, sure. It gets the roof line right (maybe) and it's uh, orange, but it just doesn't do the 720S justice. Maybe we're just a bit spoiled after the release of that amazing Lego Technic Porsche 911. That thing is wild.

According to the release from McLaren, a Lego designer spent a year designing this thing, so let's at least give them credit for that.

The 720S lego set will be available for purchase for about $16 in England come June.