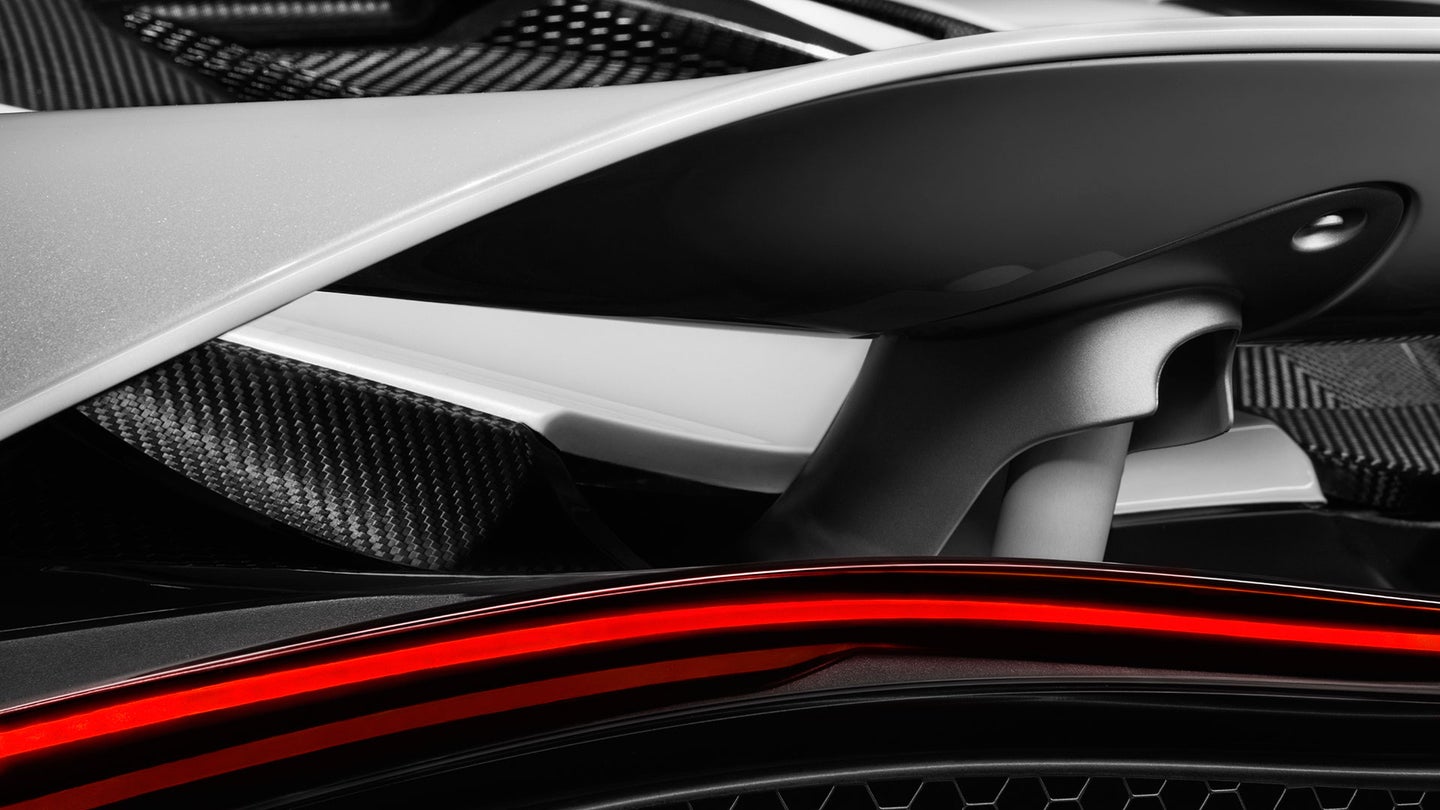 That's one complex derriere. For the second phase of its slow striptease to reveal its newest supercar, McLaren has released a shot of the new Super Series model's rear end that reveals some of the complex technology the carmaker is using to allow the new model—code-named P14—to outperform the 650 S it will replace in the company's lineup.

The major attraction of the image is the new supercar's active rear wing, which spans the width of the rear end, but it's not the only detail worth pouring over. A thin strip of taillamp that brings to mind the P1 is also visible, as is a long, sweeping carbon fiber-and-sheetmetal expanse surrounding and covering the mid-mounted engine. (We've included an uncropped version of the picture below, for your viewing pleasure.)

That rear wing, according to the carmaker, adjusts both attitude and height to help keep the car stuck to the ground. it can also flip up into airbrake mode to help slow the car in less than half a second.

The redesigned dihedral doors also play a role in keeping the car wedged to the ground, as well as helping to cool the car's pounding engine. One set of vents on the portals sucks air from the top of the doors into the radiators, while a second set of openings behind the front wheels yanks air out of the wheel arches to help generate additional downforce. All told, McLaren says the new Super Sports generates 50 percent more downforce than the 650 S, while cooling efficiency has improved by 15 percent.

One tight shot of this supercar's ass isn't much to go on, but playing things close to the vest is par for the course for McLaren. The first official shot of the P14, which the company dropped at the beginning of the month, was even less revealing—an image of the car's Monocage II skeleton.  But considering we still have a month and a half before the car's debut at the Geneva Motor Show, we're betting McLaren has a few more teasers of the new Super Series to reveal before the car appears in all its glory. (Not that we don't already have a pretty good idea of what it'll look like, but hey.)