Upcoming Mercedes-AMG A45 S Will Likely Pack 415 HP, According to Leak

If true, the A45 S would sport a Bugatti-beating specific output of 207.5 horsepower per liter. 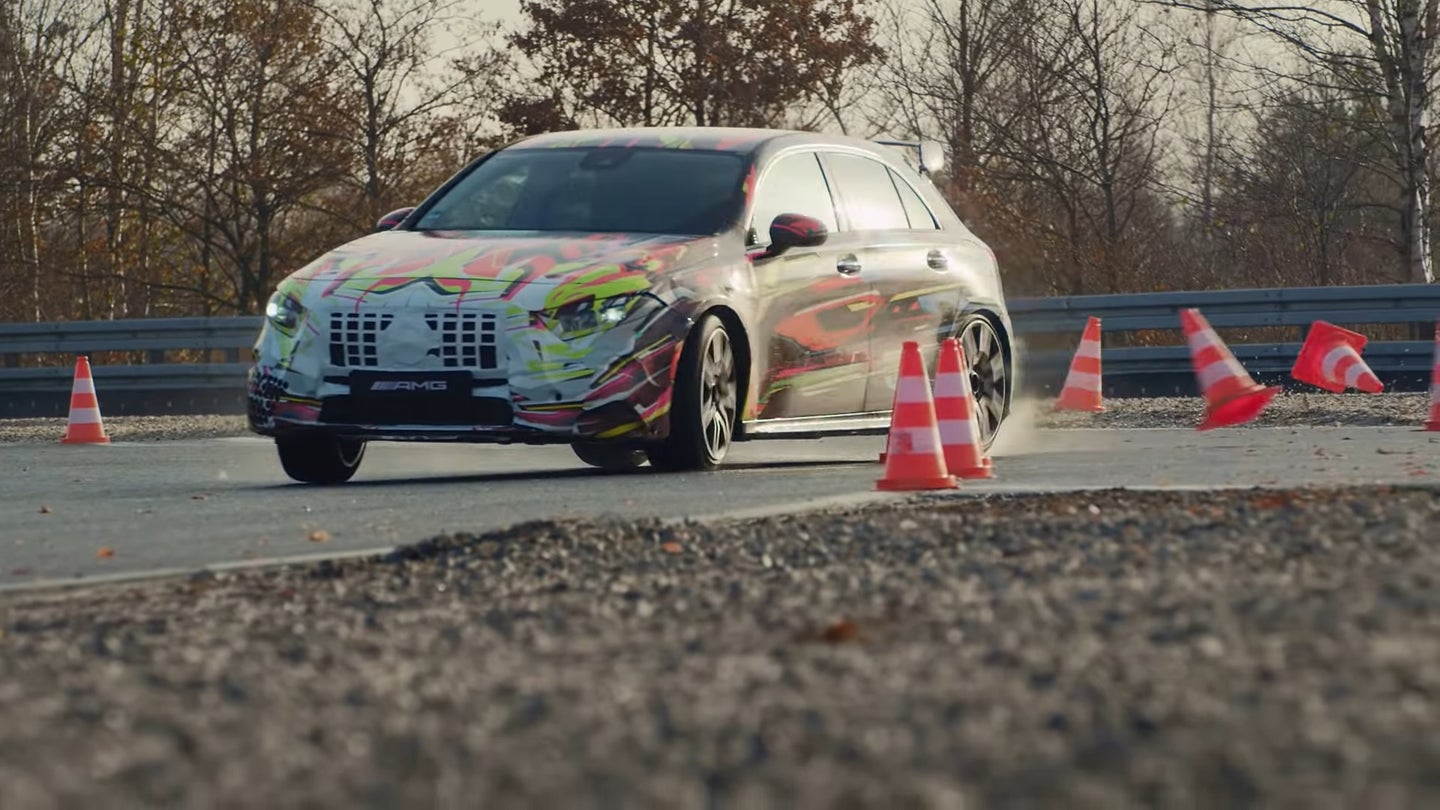 A couple days before Christmas, Mercedes-AMG put out a teaser video of its upcoming A45 hot hatch drifting its way around a race track. Previous reports have already pegged the car to produce over 400 horsepower but a newly leaked insurance listing seems to have confirmed it. Spotted on German insurance company HUK24's website is a listing for a base Mercedes-AMG A45 apparently good for 382 horsepower as well as an S model making precisely 415 mechanical ponies out of its turbocharged 2.0-liter.

To put that into perspective, the outgoing A45 produces 376 horsepower, already a good whack more than much of the competitive set. The Ford Focus RS makes "just" 350 horsepower while the Volkswagen Golf R and Honda Civic Type R come with 296 and 306 horses, respectively.

More notably perhaps, the A45 S's 415 figure would make the Mercedes hatchback have one of the highest—if not the highest—specific outputs of any production car at a positively impressive 207.5 horsepower per liter. For your reference, the 1500-horsepower, 8.0-liter Bugatti Chiron produces just 187.5 horsepower per liter of displacement. And that's a $3 million hypercar built by the biggest auto group in the world.

Before you bust out your wallets, however, Mercedes unfortunately won't be bringing the A45 to the States. Its tamer and cheaper little brother, the A35, produces a relatively humble 306 horsepower and gets to 62 miles per hour in 4.7 seconds. No, that car isn't coming to the U.S. either.