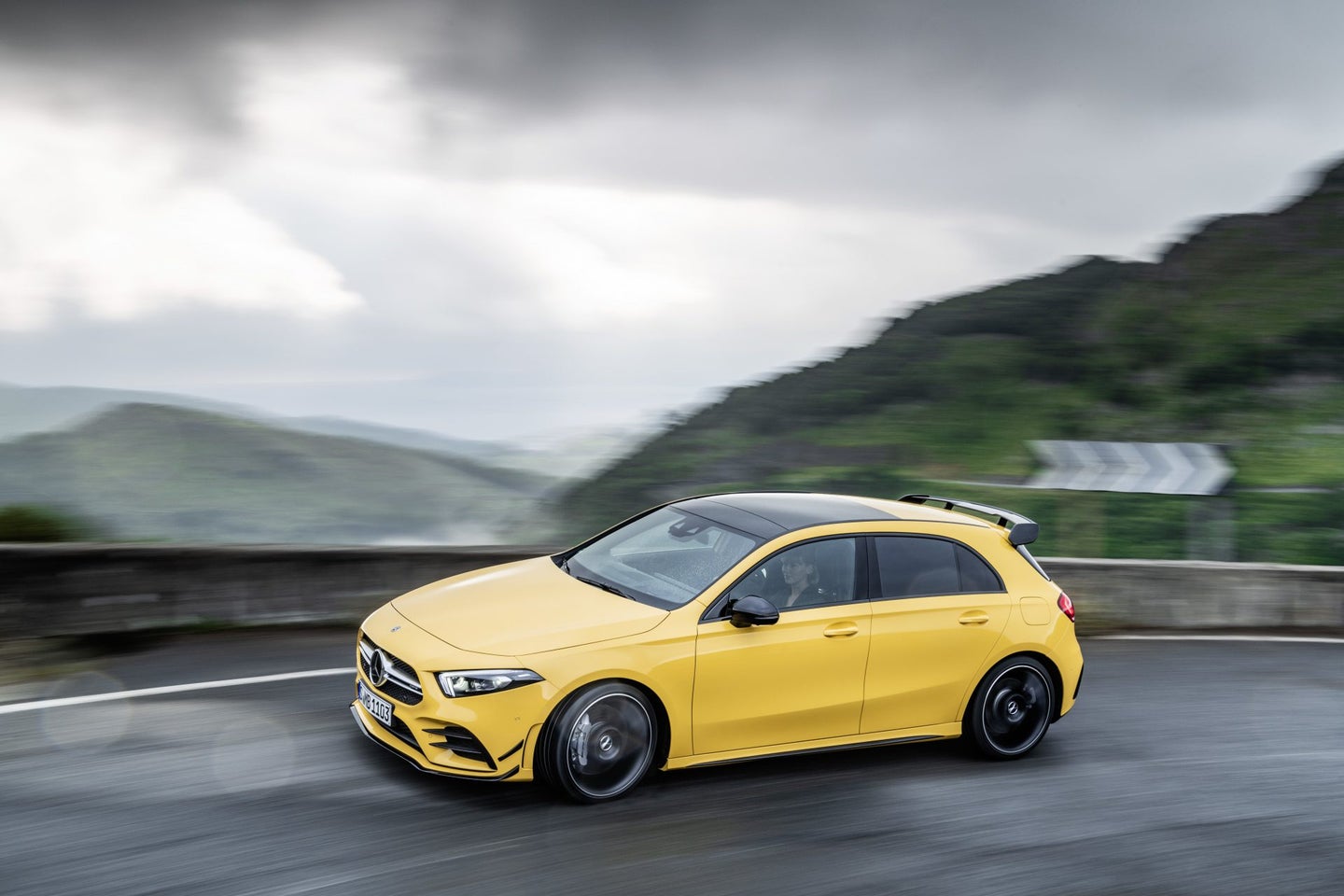 Mercedes-AMG Director Tobias Moers dished out details on a future AMG A45 model in an interview conducted at the 2018 Paris Motor Show by Australian publication CarAdvice. This A45 would be a step up from the already-revealed A35 hot hatch, which is itself a significant upgrade over the standard A-Class. Like the A35, this beefier AMG will utilize a full-time all-wheel-drive system, but the 45 will also get a suite of enhancements that put it a cut above.

Moers tells CarAdvice, "The next-generation 45 is an all-new story. It has a lot of improvements including the chassis, a brand new four-wheel-drive system, there's nothing common with what you know today."

Those improvements are to include an engine putting out more than 400 horsepower, a sizable bump from the new A35's 306 ponies, an eight-speed dual clutch transmission, and an all-wheel-drive system that Moers claims allows the car to "go sideways." This will presumably be achieved through a "drift mode" similar to what's found in the current Ford Focus RS. In the Focus, drift mode allows more than 50 percent of the engine's power to be sent to the rear tires with the touch of a button.

The AMG boss also confirmed that the next-gen A45 would have upgraded chassis engineering over the outgoing model. "It's an improvement in every perspective. There's more comfort, more rigidity in every way. There's lots of reinforcement and it fits perfectly." Like most of Daimler's new lineup, the A45 AMG will also see an improved user interface, utilizing a touch screen console that Moers suggests the driver can use to set race lap timers, as well as access the car's entertainments features.

This Paris Motor Show has been a big event for Mercedes. In 2018, the company has shown off everything from its standard passenger cars to the upcoming EQC electric vehicle, as well as the retro-futuristic Silver Arrow concept.