That's an awkward conversation at the service counter. 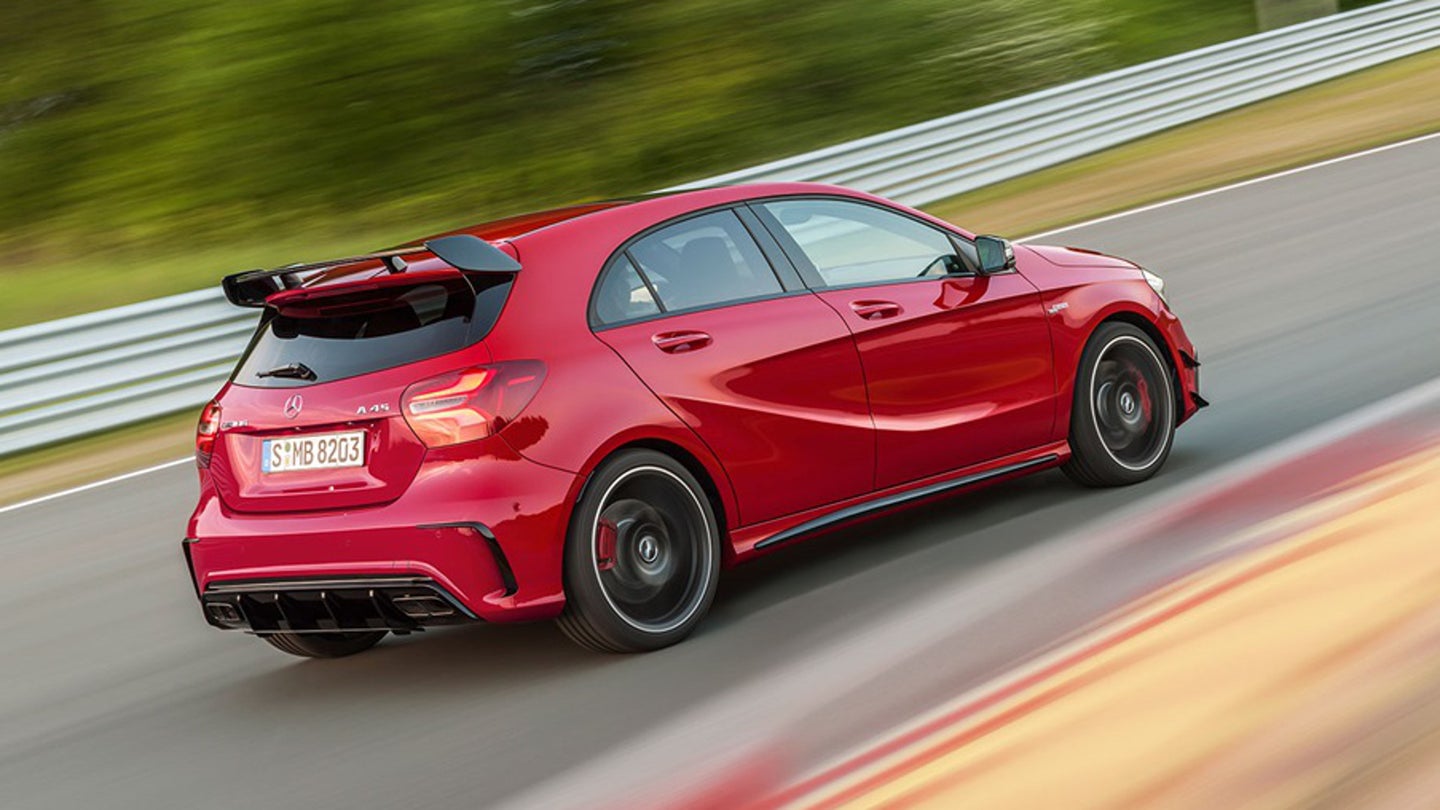 There's an implicit agreement involved in dropping your car off at a franchise dealership for some work. You will put up with their sky high prices and general chicanery, and they in turn will give your ride that OEM good stuff while treating it as if it were their own. As if. Not literally, as the irate owner of a Mercedes-Benz A45 AMG wants his local dealer to know.

The unnamed owner dropped off his A45 AMG—one of the better hot hatches we don't get over here in America—at Marshall Mercedes-Benz in the town of Bolton, England last Tuesday for some paint work, reports the Manchester Evening News. He was told that the car would need to be driven about 40 miles north to the city of Blackpool for the job to be completed.

Understandably curious about the journey, the unnamed man checked his mbrace app, Mercedes-Benz's companion app and suite of convenience features that happens to include a vehicle tracking function. He was shocked to see the car had actually traveled 16 miles south in the opposite direction from Blackpool and was currently cruising around Manchester.

After calling Mercedes-Benz support to make sure the locator hadn't malfunctioned, the owner hopped in his partner's car and headed out to get his A45 AMG back. He reportedly drove around for more than an hour tracking the wayward employee, eventually flagging down a police car and bringing the officers to an address in South Manchester where the app showed the car had finally parked.

Sure enough, they arrived to find his car sitting on the side of the road, along with an employee from Marshall Mercedes-Benz who was likely just as shocked as the owner was initially. The worker reportedly claimed he was planning on driving the car up to Blackpool the next day, but the "appalled" owner angrily took back the keys to his car. To top it off, he told the Manchester Evening News the hot hatch was in Sport+ mode when he retrieved it, evidence he says further supports his joyriding claim.

He complained to the dealership, who allegedly offered him a free tank of gas as an apology. Unsatisfied with the response, he brought his story to local news organizations.

"To say I’m appalled is an understatement... I don’t want any compensation, but I feel my trust has been abused," he said. "I just want people to know that they took my car miles away from the dealership. It's adding mileage and using fuel for a start. Who would want that?"

While Marshall Mercedes-Benz refused to comment, the brand's British headquarters issued a statement to the Manchester Evening News apologizing for his experience and pledging to investigate what happened.

Greater Manchester Police confirmed that officers were contacted by the owner and accompanied him to the employee's house, but no arrest was made because "no crime had been committed." Legally speaking, maybe. But in terms of that social contract mentioned up top? Throw the book at him.