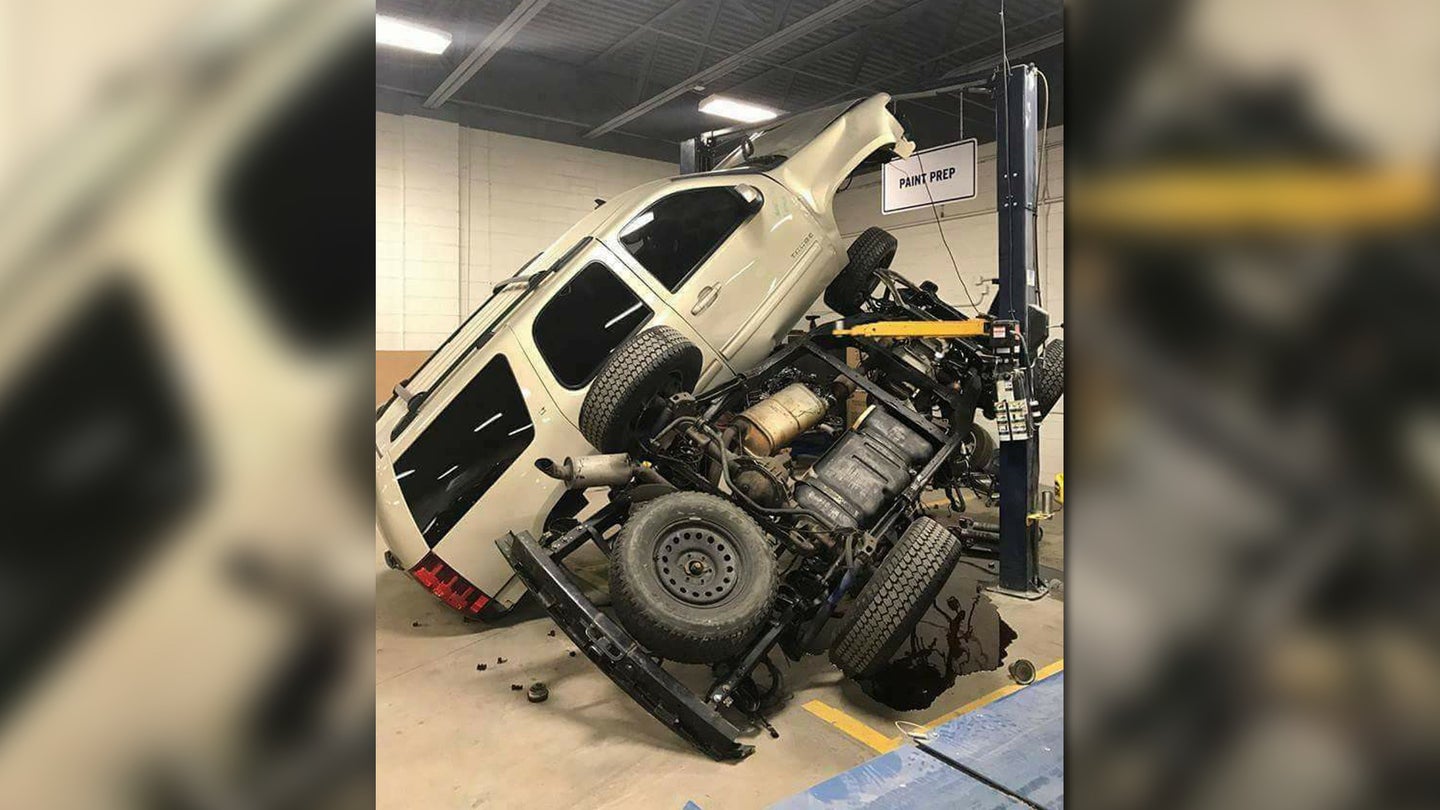 A frame swap is among the most intensive procedures you can do to a truck (or car, for that matter), and unless you're pretty skilled with a wrench, it's definitely a job best left to the professionals. But even they can screw up sometimes. Badly.

The picture up top surfaced on Facebook this week courtesy of Wickedautovids, and it's actually hard to imagine how a frame swap could possibly go worse. According to their post, a customer brought his third-gen Chevrolet Tahoe into a dealership for an insurance-covered frame swap. The body was successfully dropped onto the new frame, but the mechanic decided to just insert a few mounting bolts "loosely" before lifting it into the air to tighten and add the rest.

The pictures tell the rest of the story. The frame slipped, detached on the left side, and swung down like a pendulum, dragging the body off the lift and "nearly crushing" two employees standing beneath it. Thankfully, no one was injured.

And as mad as the Chevy's owner probably was to come back expecting a like-new truck and see, well, this, there's justice for them too—the dealership owner reportedly took them out to the lot to pick out a new Tahoe. All's well that ends well?

This alleged destructive arson plot is believed to be some form of G20 Summit protest.