2021 Chevrolet Tahoe, Suburban Finally Ditch Outdated Interiors and Get With the Times 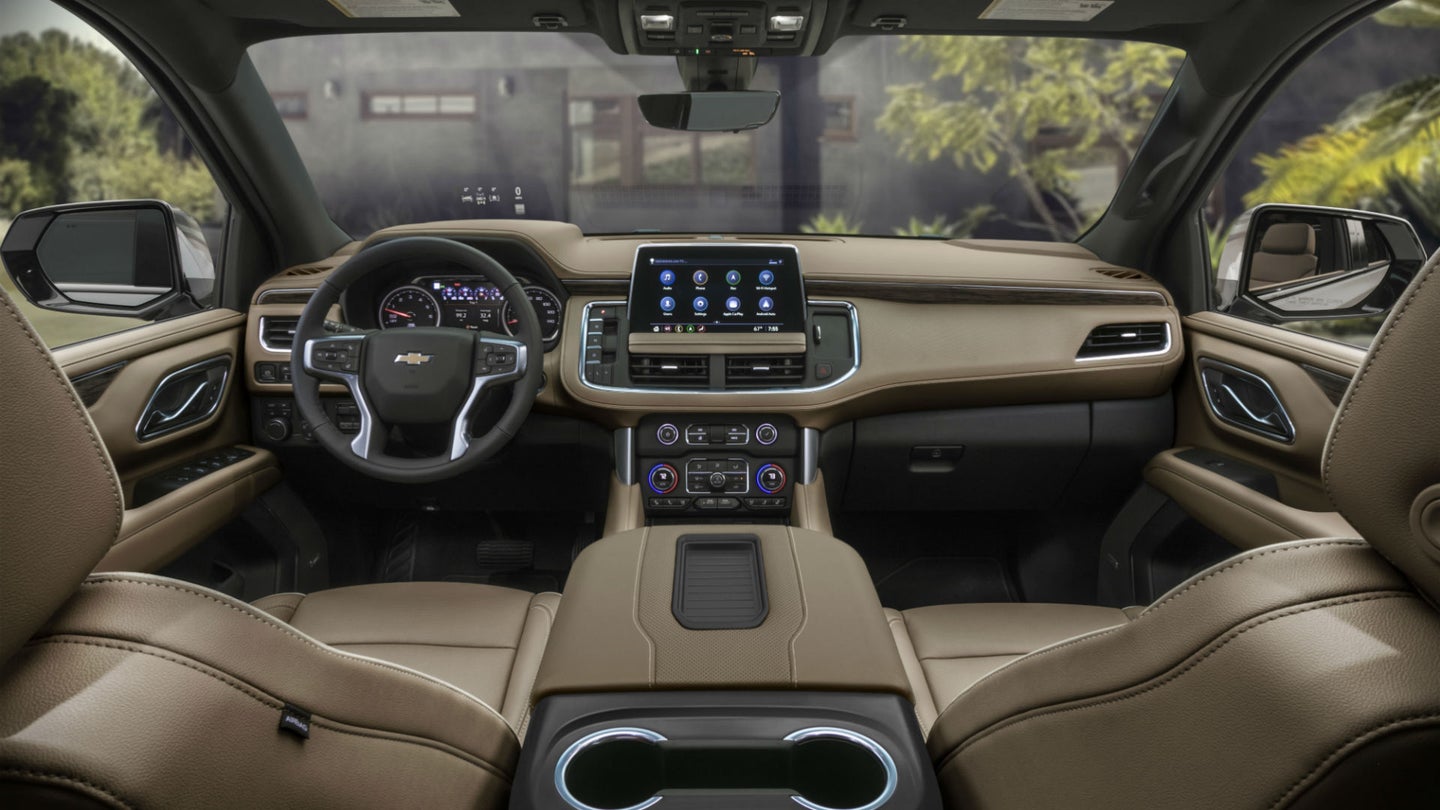 If we've learned anything about the 2021 Chevrolet Suburban and Tahoe, it's that they're far from one-trick ponies. They take cues from their Silverado pickup counterpart in the styling department, acquire a torque-heavy Duramax diesel engine, and at long last feature a livable cabin that's representative of their lofty price point. That last bit is what we're focused on here because after decades of thoughtless interior design, the General seems to have finally gotten it right with the new family-haulers.

Past models, including the outgoing generation, featured a drab center stack with controls that were less than user-friendly. It's much different now, though, as there's a larger 10-inch infotainment screen that's styled so well we can give it a pass for sticking above the rest of the dashboard. In top-tier trims like the High Country, behind the driver and front-row passenger, there's also a pair of monitors that forego the headrests' size restraints to span 12.6 inches for easier viewing.

One controversial feature is the relocation, or rather the omission of the transmission shifter. Chevy Suburbans and Tahoes have long had a column-mounted handle that reminded drivers of their truck-y roots; now, you won't find a shiftable lever but rather a series of console-mounted buttons with the typical "PRNDL" selections available. Take this as you will, but it at least cleans up the interior and points it upmarket toward the luxurious SUVs these models compete with.

Lastly, GM's decision to switch to an independent rear suspension setup has made a significant difference in interior space. Combined with the models' longer wheelbases—the Tahoe grows by 4.9 inches and the Suburban, 4.1—passengers should now have ample leg- and elbow-room. This was achieved by moving the floor lower, a trick made possible by the new IRS system. The end result is 26 cubic feet of cargo space the Tahoe's third row, a drastic increase from 15 cubic feet in the current offering; third-row legroom also sees a 10-inch improvement to 34.9 inches.

Tuned by Specialty Vehicle Engineering, the SUVs get a custom-built, supercharged, 6.8-liter LT1.