In New Zealand, drone use has grown by a factor of 20 in the past three years. This company hopes its software will let manage all that traffic. 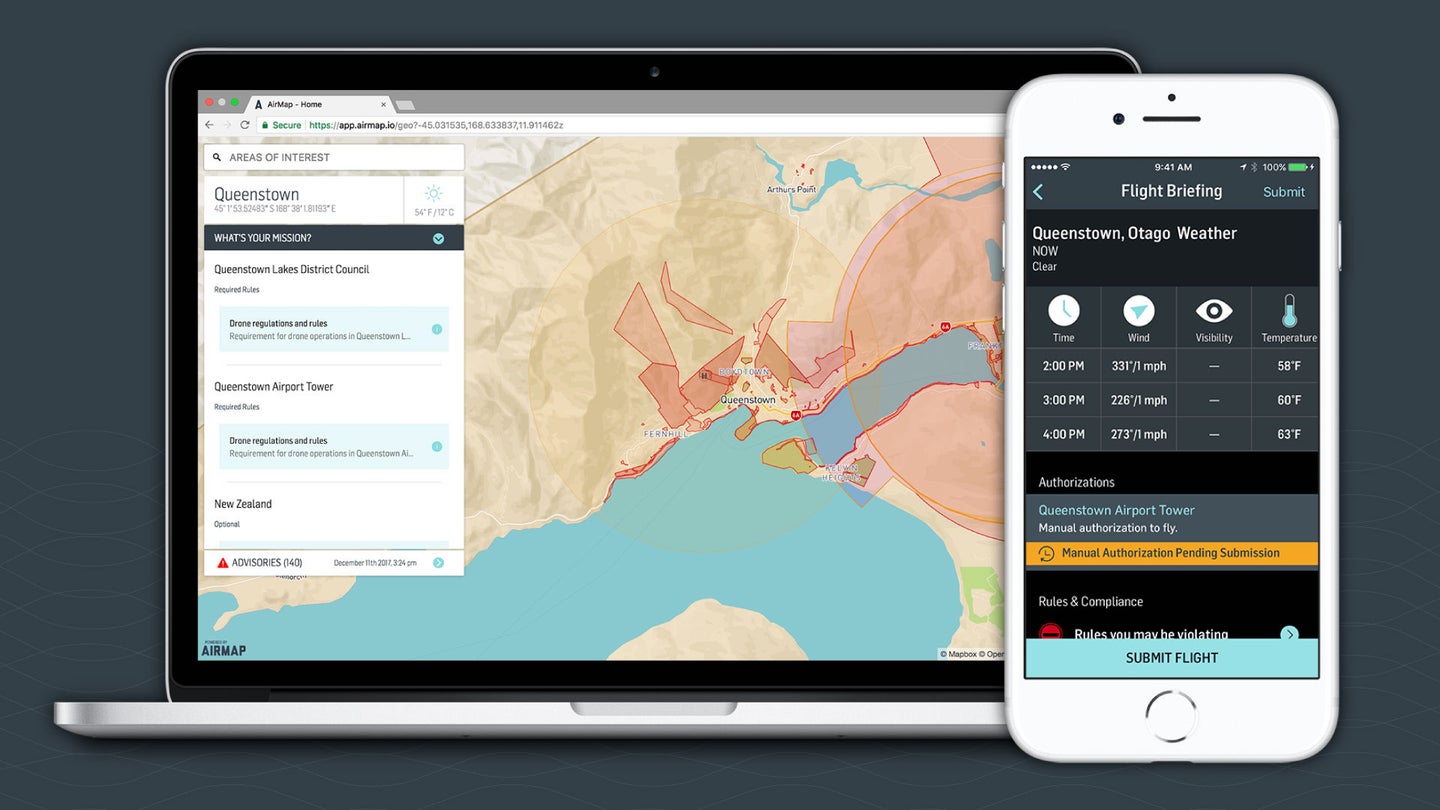 Airways New Zealand, a self-proclaimed “air navigation service provider,” will implement U.S.-based company AirMap’s drone airspace platform. According to Drone Life, this will mark New Zealand’s first air traffic management system for unmanned aerial vehicles. In other words, New Zealand’s Civil Aviation Authority will be able to use AirMap’s free iOS and Android apps to digitally manage the country’s airspace by authorizing and approving, regulating and scheduling the flights and routes of UAVs in operation at any given time.

Reportedly, a three-month trial awaits, during which this new implementation will be tested and analyzed. The airspace utilized for this preliminary testing phase will be in Canterbury and Queenstown, New Zealand, with low altitude authorizations and notification capabilities being the focal point of the trial.

According to an announcement by AirMap, drone operators can already use the free iOS and Android apps to request CAA approvals at both Christchurch, Queenstown and Wanaka airports, as well as on public lands in Christchurch City, Selwyn, and Queenstown-Lakes. As drone use continues to increase—in New Zealand, that increase in the past three years has been 20-fold—airspace management is an absolute imperative.

In the United States, tech giants like Google are hard at work creating a cohesive framework for the inevitable norm that is nationwide drone delivery. Ventures like Project Wing aren't simply establishing basic air traffic management software to assure a package safely makes it from point A to point B, but are taking into account all sorts of minutia: How does a UAV respond to an unexpected narrow path? What if the drone suddenly malfunctions? What if scheduled flights and routes need to be adjusted due to backed-up traffic? We're in the very early days of cataloging these scenarios and developing automated responses to them.

Airways New Zealand's decision to implement AirMap's software speaks to the functionality of the apps, with the aforementioned trial being used as a verification process to confirm the consistency and stability of said apps. Regarding the three-month trial, users in the New Zealand regions mentioned above can contribute to the set of data being collected over the next twelve weeks simply by utilizing AirMap's apps. Let us know if you're a viable candidate and curious enough to join the effort by chiming in below and sharing your experience.