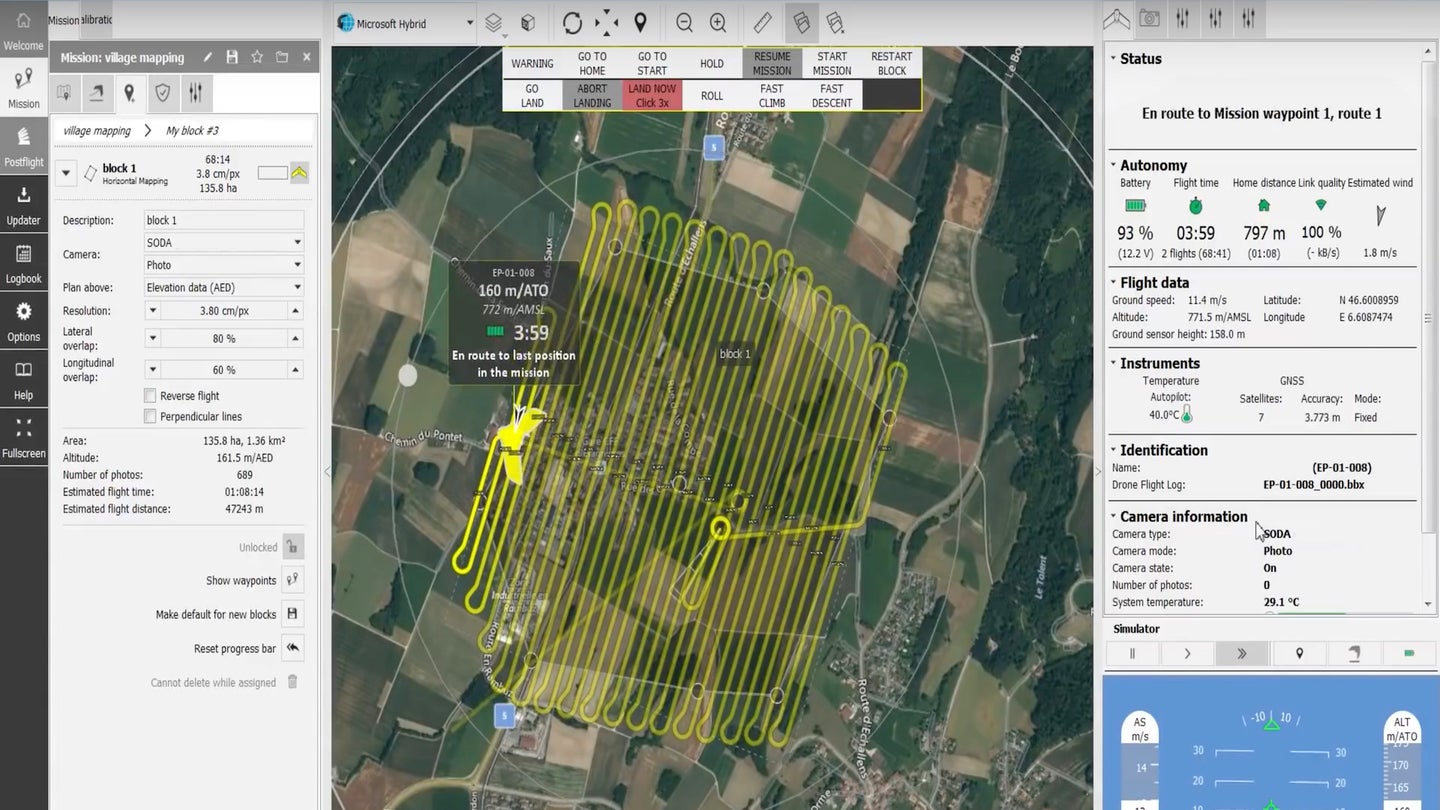 According to Dronelife, while senseFly manufacturers' reliable, lightweight styrofoam drones like the eBee (fixed-wing unmanned aerial vehicles used for commercial mapping purposes), it’s the software that impresses the most. The new version of eMotion, which serves as senseFly’s grounded hub for flight and data management, appears to be pushing the industry’s envelope in regards to major refinements in the flight management field.

“eMotion is the most highly-regarded and powerful software of its kind in the professional drone space,” said Alexis Roze, product owner of eMotion. “These exciting additions further distance eMotion from the pack, bringing many more commercial UAV operators across the world the exact functionality they need to collect accurate geospatial data as easily and efficiently as possible.” While the new language support for Spanish and Chinese is certainly part of these “exciting additions,” the mission resume feature is, too. What this one-click feature allows operators to do is command a drone to resume its pre-assigned course after an interruption such as a battery change occurs. Inarguably, however, the most consequential software addition here is eMotion 3.5’s ability to show operators the live air traffic data.

According to senseFly’s press release, “eMotion 3.5 now supports uAvionix’s PingUSB ADS-B*/UAT receiver, allowing senseFly operators to view live air traffic data during their missions.” The translation of this technical jargon is fairly simple. eMotion is now capable of supporting ADS-B, which is reportedly Federa Aviation Administration-required for any aircraft in the US requesting to fly in regulated airspace. With this new addition of support for ADS-B data transmission, eMotion is adapting to the rules and regulations of entities like the FAA, inevitably leading to more drone missions with permission to utilize restricted airspace. “This live data feed both helps improve airspace awareness and could potentially boost the number of mission types possible,” the press release states.

While this may not be viscerally exciting news to some, it certainly marks a significant step toward regulators, private companies, and commercial drone operators all working in tandem. In order to establish a safe, accurate, and effective flight management ecosystem, it is software additions like these and the awareness to adapt to pre-established regulations that will help us all get to the drone-integrated airspace of the future we’re all waiting for.