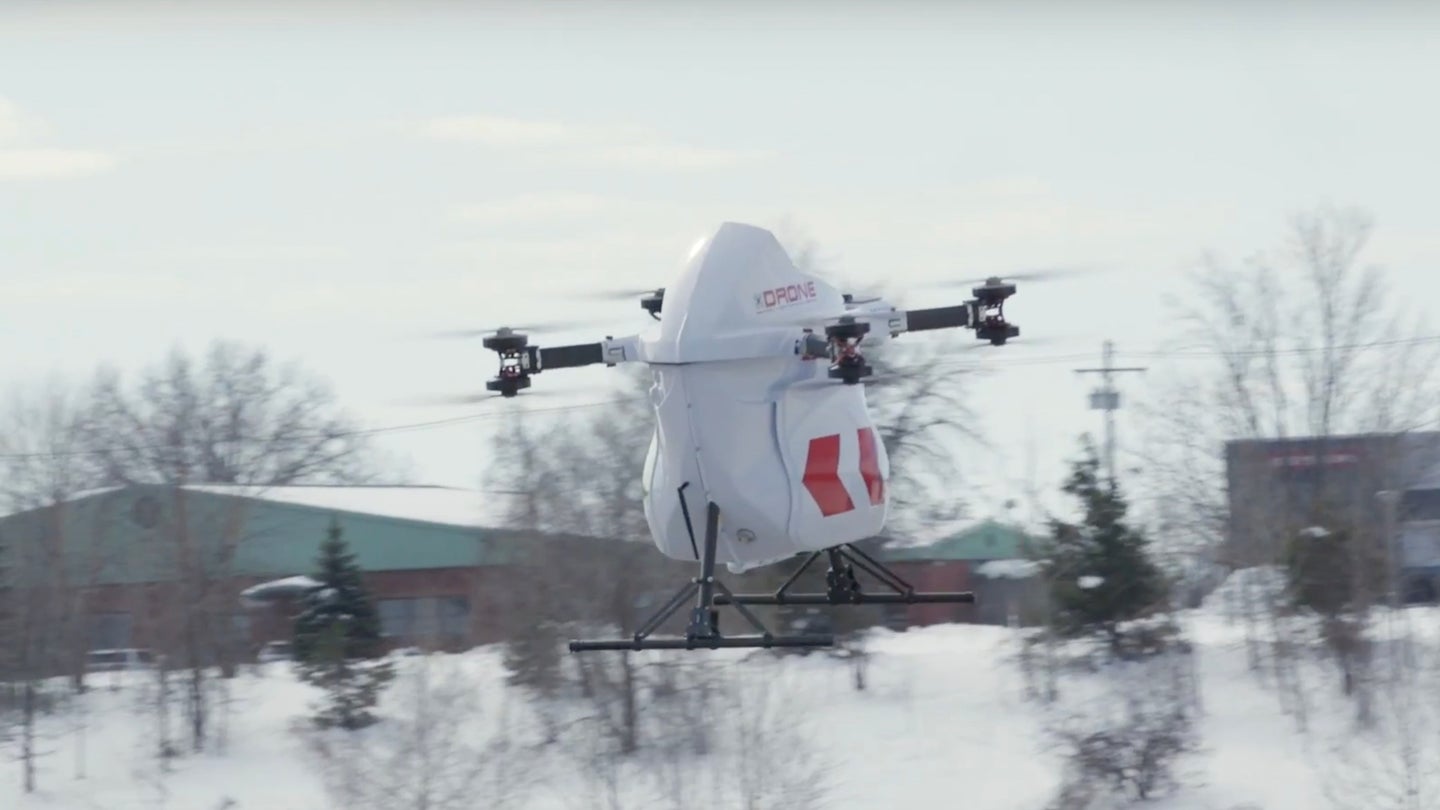 This month, Drone Delivery Canada successfully completed its series of test flights in the United States at the Griffiss International Airport in Rome, New York. If you recall, we reported on the drone-testing corridor established in the area last fall, that New York Governor Andrew Cuomo said would host “the most advanced drone testing in the country.” This most recent news certainly serves as evidence that the initiative is paying off, at least for DDC.

According to the company’s press release, the unmanned aerial vehicles concluded their missions at Griffiss International Airport perfectly throughout the test flight period, during the week of March 5. “Testing at Griffiss was a natural extension for continued progress with our platform in a [beyond visual line of sight] non-segregated airspace environment,” said Paul Di Benedetto, chief technology officer of DDC. “An active runway with large aircraft, helicopters, and general aviation aircraft is the latest advancement to our operations team airspace integration efforts,” he added.

What Di Benedetto is alluding to, here, are the benefits of getting to operate in such an all-encompassing test site, that provides opportunities such as BVLOS testing, and amongst other aircraft of all kinds. Think of it as getting thrown in the deep end, and learning far more in far less time, essentially it's what drone-testing corridors are intended to do.

Regarding the equipment and drone missions themselves tested during these flights, DDC used a Sparrow Drone that was compliant with Transport Canada’s standards, and in-house flight management systems FLYTE and DroneSpot. The latter reportedly provides invaluable data such as weather patterns, nearby aircraft detection, monitoring the UAV’s weight and balance.

While this is a Canadian company we're talking about here, its headquarters are reportedly a mere 311 miles (500 kilometers) from the airport in Rome. Griffiss International Airport is currently serving as one of seven Federal Aviation Administration-designated unmanned aerial systems test sites that allow for BVLOS research and development.

Watch the events that transpired at the airport earlier this month.

From the looks of it, both DDC and Oneida County officials are pleased with the results and the relationship that caused them. “I am pleased that Drone Delivery Canada’s testing at Griffiss International Airport was a success and that the company chose our test site for its first ever operation in the United States,” Oneida County Executive Anthony J. Picente Jr. said. Stay tuned, as we’re sure to hear a lot more coming out of New York’s first drone-testing corridor in the future.