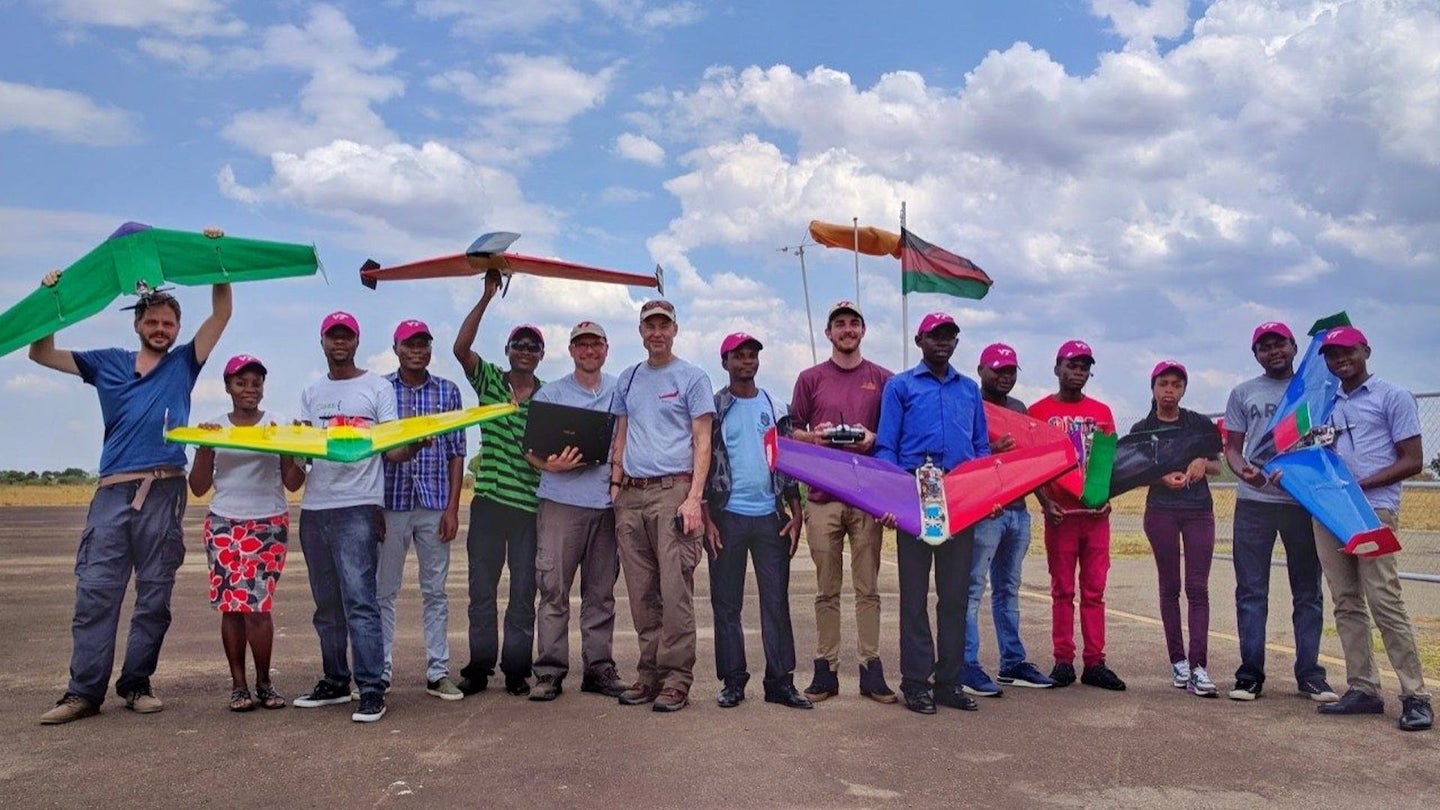 In June, UNICEF partnered with U.S. company Zipline to use the city of Kasungu in Malawi as Africa’s first drone “air corridor” to test the use of unmanned aerial vehicles as a rapid transport method of delivering time-sensitive medicine and supplies. In a country plagued with a severe lack of functional infrastructure, aerial transportation could circumvent the problem and provide Malawi citizens with a reliable method of quickly getting the life-saving things they need. A big leap toward that reality was made in November when Virginia Tech partnered with the local Kasungu drone teams to test the new EcoSoar drone and refine UNICEF’s air corridor established in the summer.

According to VTNews, Virginia Tech’s Unmanned Systems Lab has already set several records in Malawi, including accomplishing the longest cross-country UAV flight, the first flight of an aircraft constructed by Malawians, and the first delivery of a payload from a health clinic. In regards to that last claim, we’re not entirely sure about that, as a drone in Zurich seems to have accomplished that feat several months ago. Regardless, it’s amazing to see high-tech groups such as Virginia Tech’s Unmanned Systems Lab partner with the underprivileged people of African countries to improve their day-to-day lives, with the incredibly useful tool that is the modern UAV.

Reportedly, the EcoSoar successfully covered 11.8 miles (19 kilometers) of completely autonomous flight  November 9 and transported a package from Gogode Health Clinic to the Kasungu Airport. Perhaps the most significant of the records is that Malawians themselves produced this drone with VTech’s help. Graduate students Zack Standridge and James Donnelly, with professor Kevin Kochersberger, supervised students of the Malawi University of Science and Technology in order to achieve this highly admirable feat. The thirteen MUST students took two days to construct the drone and tested it for one day in front of hundreds of local villagers.

“EcoSoar was designed with low-resource environments in mind,” Kochersberger explained. The drone costs $350 to produce and utilizes practical materials such as foamcore poster board and parts easily 3D-printed. “I envision entrepreneurs in Malawi establishing businesses around the use of this aircraft-building, operating, and maintaining EcoSoar for both medical deliveries and environmental assessment activities,” he added.

The EcoSoar has a maximum payload weight of 4.5 ounces and can fit an eight-megapixel camera onto its body. The imagery would be useful to analyze areas in need of construction or general attention, making the EcoSoar more than a simple medical supply drone, and an environmental tool, as well. According to VTNews, the 19-kilometer trip took the EcoSoar no more than 14 minutes.

Let’s take a look at this thing in action, shall we?

“It is extremely rewarding to see my design successfully recreated, and seeing the local students’ excitement in their work only adds to my enthusiasm for the project,” said Standridge. It must be an extremely cathartic experience to not only teach others how to engineer a piece of flying machinery but one that’ll actually, directly improve their lives in the long-term. It’s more of this kind of UAV-related activism we need, in my opinion.

UNICEF’s drone testing air corridor will remain open for one or two years. Michael Scheibenreif, drone corridor lead at UNICEF, was extremely pleased with Virginia Tech’s efforts in Malawi. He said, “It was truly inspiring to see a Malawi-manufactured drone built only by students under Virginia Tech guidance. This could have the potential to deliver medicine to remote and hard to access communities and is a great example of how important it is to build local capacity in the drone sector. If we can build an ecosystem of drone experts locally, we can ensure these solutions are sustainable and embedded within the communities they service.”