Don’t put anything you cherish into a Punto. 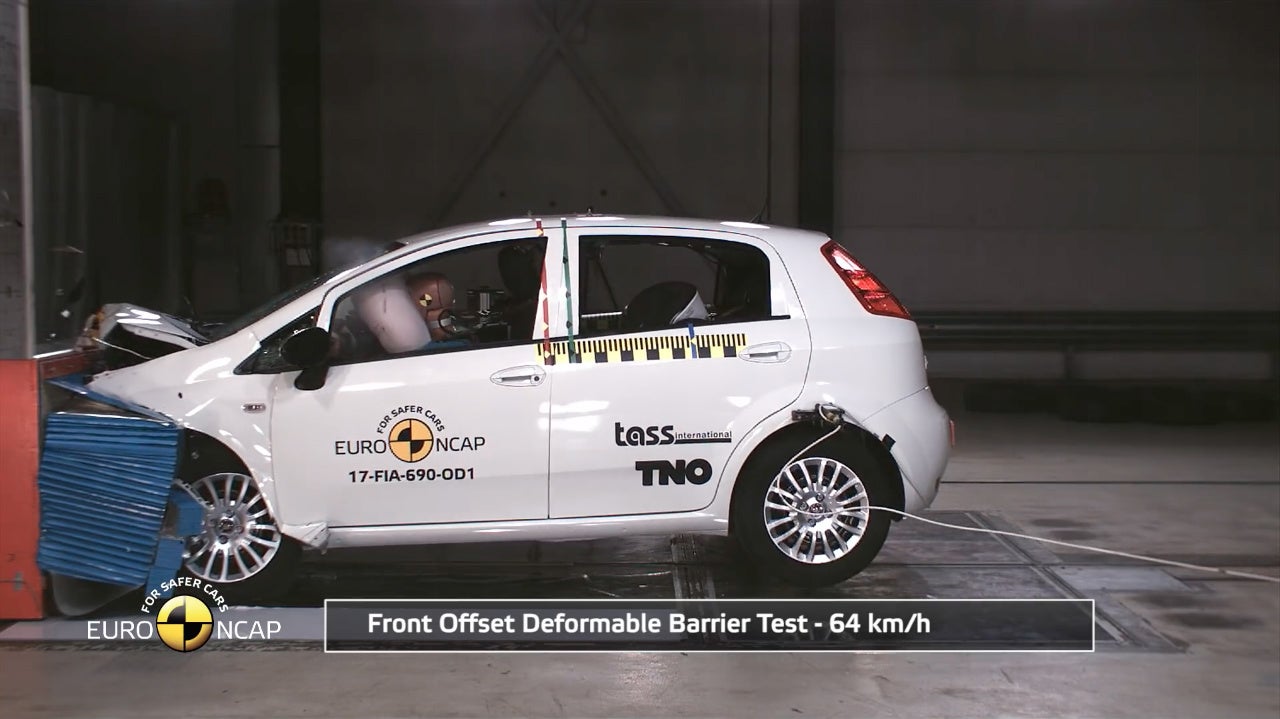 The European New Car Assessment Program, or Euro NCAP for short, is an international consortium of European governments and the FIA formed in 1997 to rate the safety of new cars, similar to the United States' National Highway Traffic Safety Association. After testing the new 2017 Fiat Punto, Euro NCAP published its safety rating for the car: Zero stars out of five, citing minimal occupant safety, no collision warning or avoidance systems, and a host of optional or absent safety features. The magnitude of the problem is apparent upon viewing the Punto's crash testing video, which is embedded below.

While occupants of both front seats have frontal airbags and modern seatbelts, no knee airbags are offered, and seat belt reminders are issued for drivers only. Side-impact airbags are optional front and rear, but pretensioned belts are not present for occupants in the rear of the car. Rear impacts are found to carry marginal to poor whiplash protection.

This marks the second major safety scandal to plague Fiat Chrysler Automobiles in the past month, with stalling Chrysler Pacificas gaining attention in November as a hazard to drivers traveling on the highway.

The Drive reached out to Fiat Chrysler Automobiles for comment on Euro NCAP's rating, but no comment has yet been received.

By comparison, the BMW i3, which endured a nationwide sales freeze in November because a single driver had an increased chance of injury, has a four-star rating from Euro NCAP.

The Punto name, which would get you slapped across the face if used to refer to a Spaniard's mother, is but a missed key away from "Pinto," a compact Ford from the 1970s which was also infamous for being unsafe. The Pinto was found to have an unsafe fuel tank design, leaving occupants vulnerable to gas tank fires, prompting a massive recall in 1977.

While Punto owners are not at risk for gas tank ruptures, the parallel between names and risk of injury in rear-end collisions is unfortunate for FCA.

Automaker says it’s monitoring complaints of vehicles’ unexpected stalling, but stresses that no deaths or injuries have occurred.