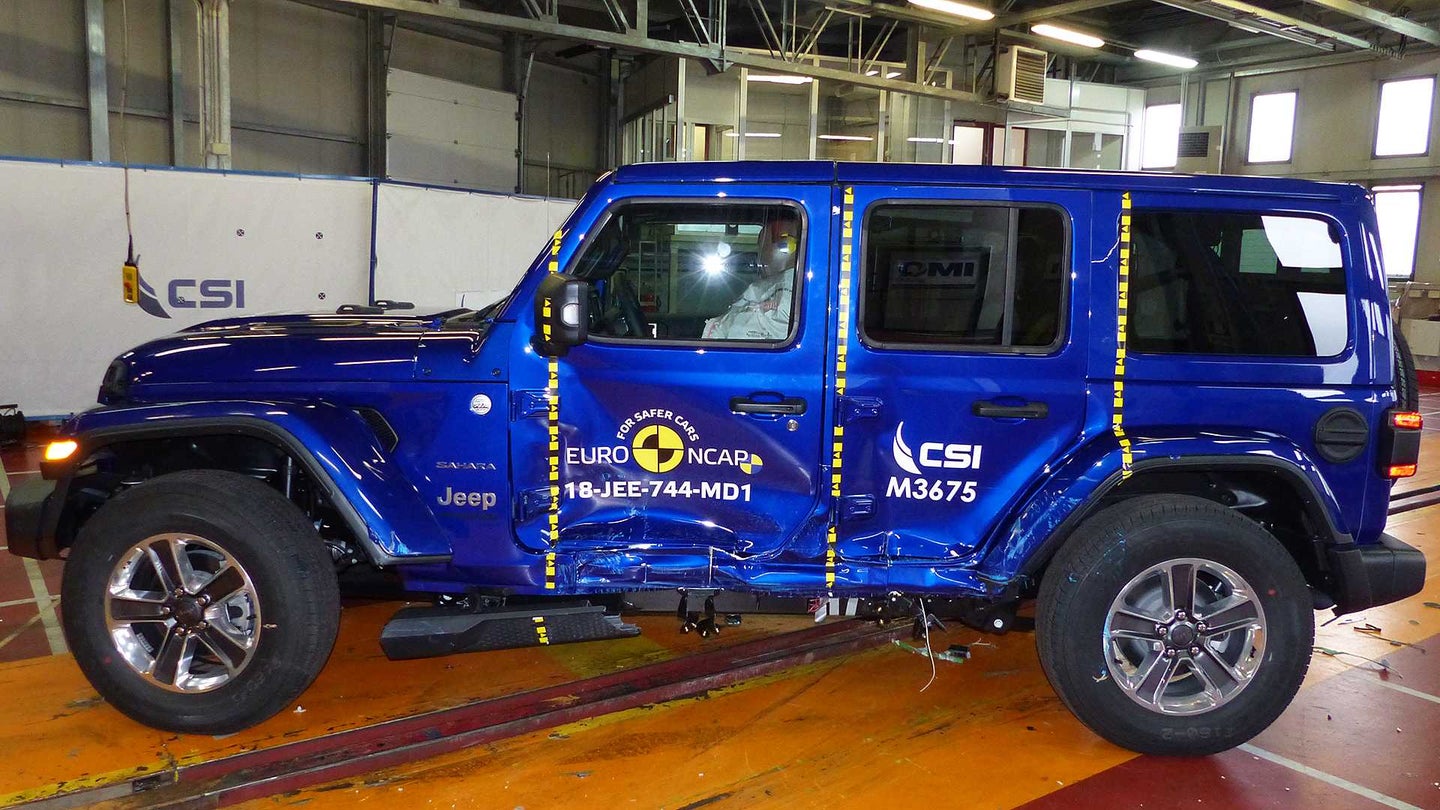 The Euro NCAP, who is responsible for evaluating the safety of new vehicles and performing crash tests, released the disappointing findings for the all-new Jeep Wrangler due to the lack of modern safety systems that most vehicles are equipped with nowadays. It must be noted, the Euro NCAP awarded this rating despite the Wrangler's perfect score on side-impact tests.

The biggest complaint is that the popular off-roader is lacking active and passive safety systems like automatic emergency braking, lane-keeping assist, and blind-spot monitoring systems—with the only features currently available being a primitive seatbelt reminder.

“It is truly disappointing to see a brand-new car being put on sale in 2018 with no autonomous braking system and no lane assistance," said Michiel van Ratingen, Secretary General of Euro NCAP. "It is high time we saw a product from the FIAT-Chrysler group offering safety to rival its competitors.”

However, FCA isn't taking these claims lightly, saying that “this rating system (despite the 'EURO' designation) has no impact on regulatory compliance." An FCA spokesperson also told The Drive that the "JL got a perfect score on one of the side-impact tests — how many vehicles with removable doors can claim that?"

Although not an official comment, it's believed that if the Jeep tested by the Euro NCAP had been equipped with the upcoming AEB system, its rating would be considerably higher, although no specifics were given. The new system is designed to lessen and avoid impacts using a forward-facing radar mounted in the lower grille and a camera positioned behind the rearview mirror.

Hey, at least the Wrangler didn't go the way of the supermini Fiat Panda, which managed to get a zero-star safety rating.