The 2018 Jeep Wrangler is apparently your fun uncle with the margarita maker. 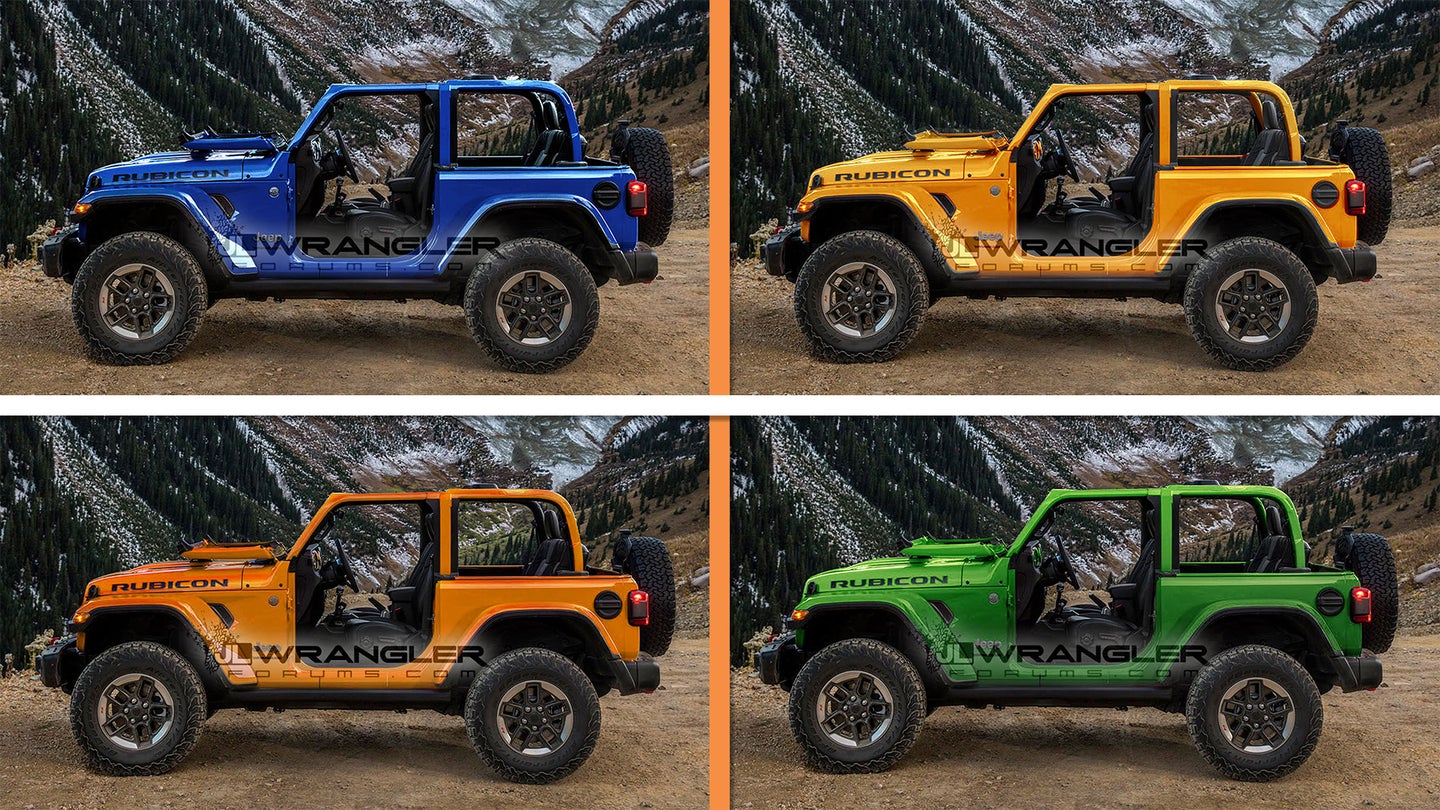 Even though we finally got our first glimpse at the all-new 2018 Jeep Wrangler at SEMA last week, it feels like we already know a whole lot about the next-gen Jeep thanks to a development process that's been leakier than, well, an old Wrangler hard top. We know about the new engine and transmission choices, including an eight-speed automatic and a diesel. We know the interior has been gussied up a bit. We know the windshield still folds down, blessedly. What we haven't known until now is just what colors you'll be able to pick from for your ultimate adventure mobile. "Nacho Clear Coat," anyone?

Just in time for National Nachos Day (seriously), the folks over at JL Wrangler Forums got their hands on another screenshot from an internal Fiat-Chrysler dealer system. This one shows a full list of paint choices for the 2018 Wrangler, doubling the previous confirmed total and giving us a better idea of how the truck will actually look when it hits the streets early next year. According to the screenshot, there are five new clear-coat color choices, four of which are entirely new to Fiat-Chrysler: Nacho, Mojito!, Punk'n Metallic, Ocean Blue Metallic, and Sting-Gray.

Those join Billet Silver Metallic, Firecracker Red, Granite Crystal Metallic, Bright White, and Black as your palette for painting with all the colors of the Wrangler. Helpfully, JL Wrangler Forums used some sleuth photography from SEMA and a color-matching tool to create the renders seen up top. They also created renders for the four-door version as well, some of which can be seen below. 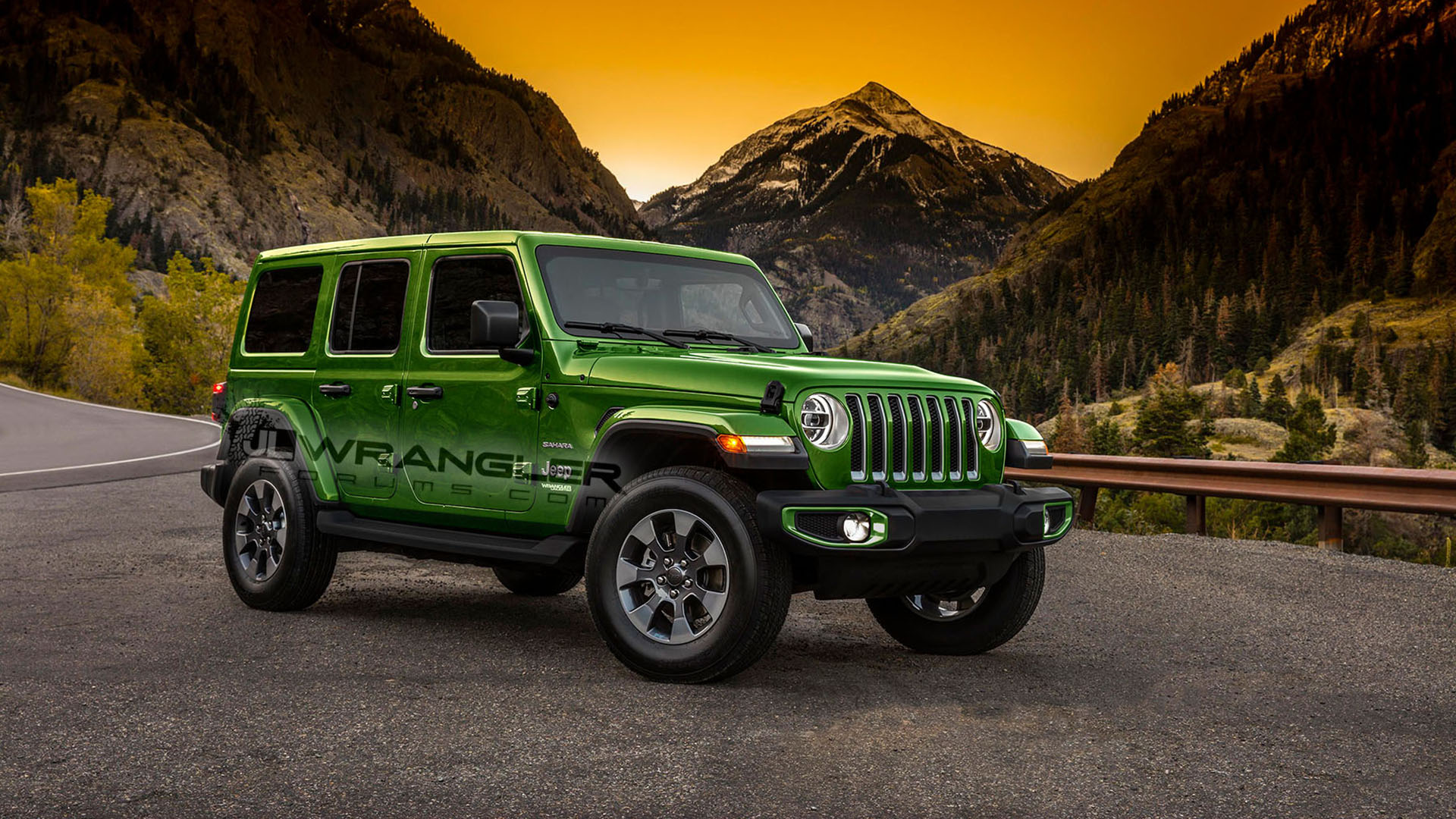 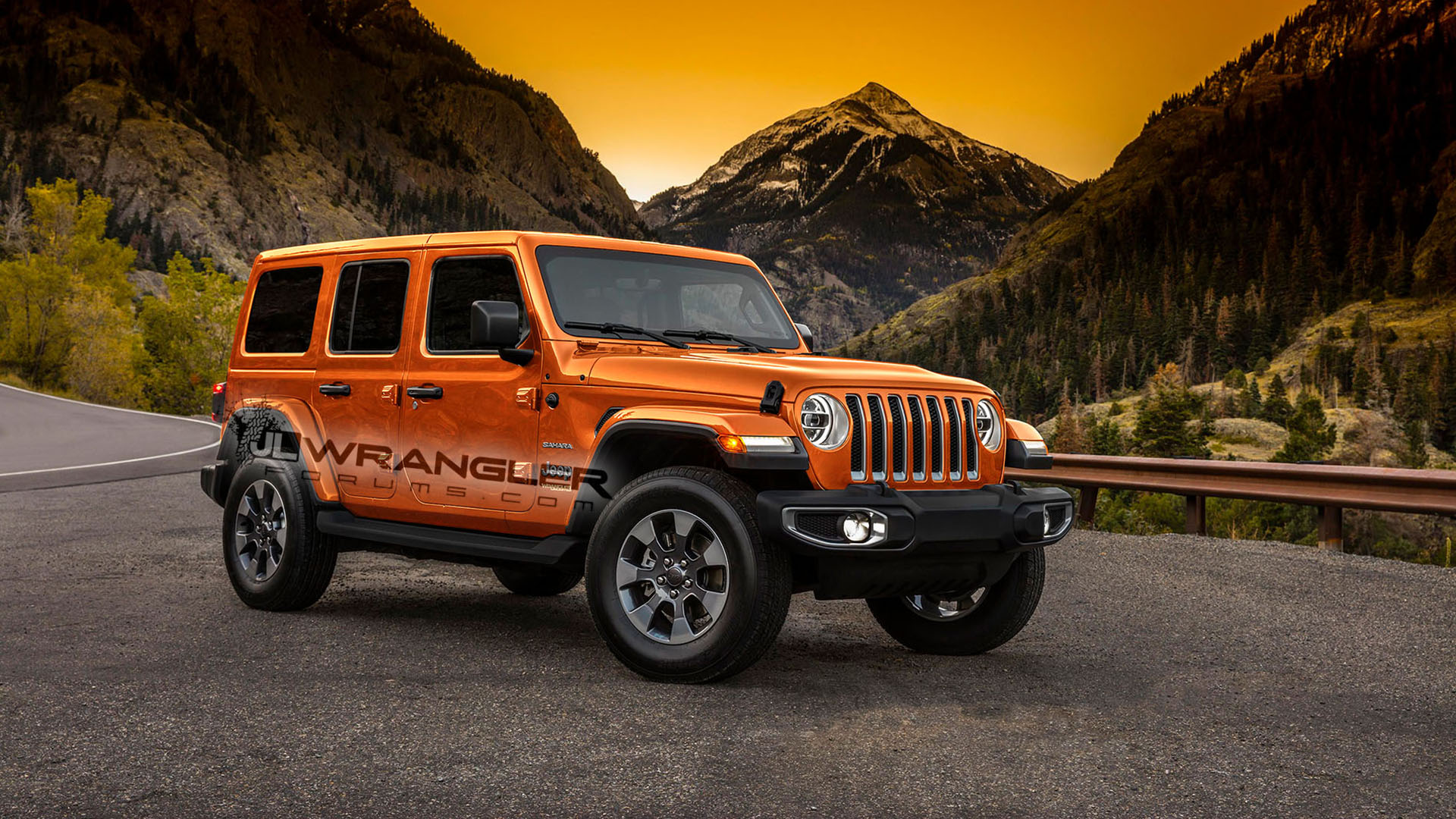 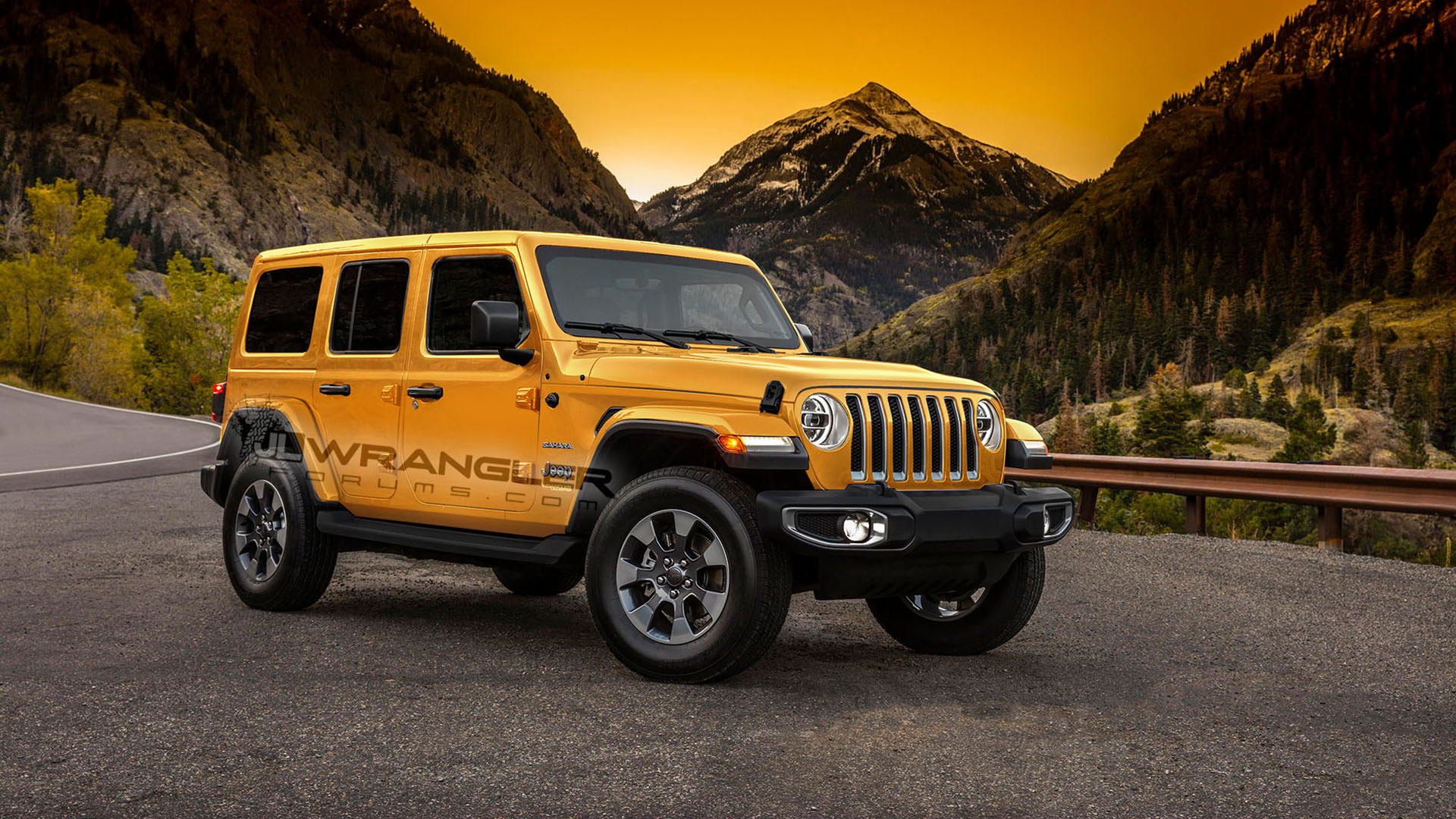 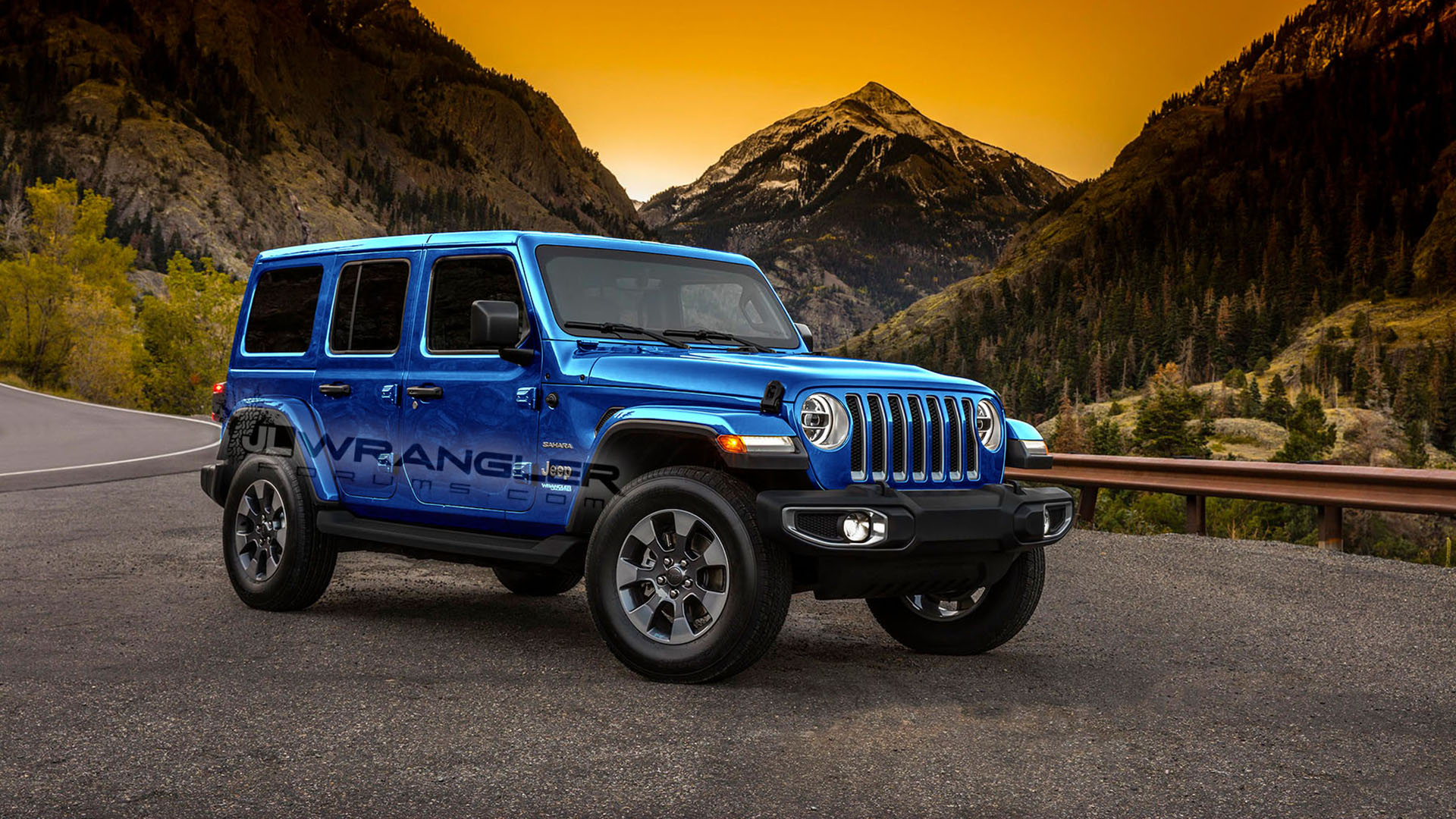 The 2018 Jeep Wrangler will be formally unveiled at the Los Angeles Auto Show at the end of the month. The only question is, what's left to learn?