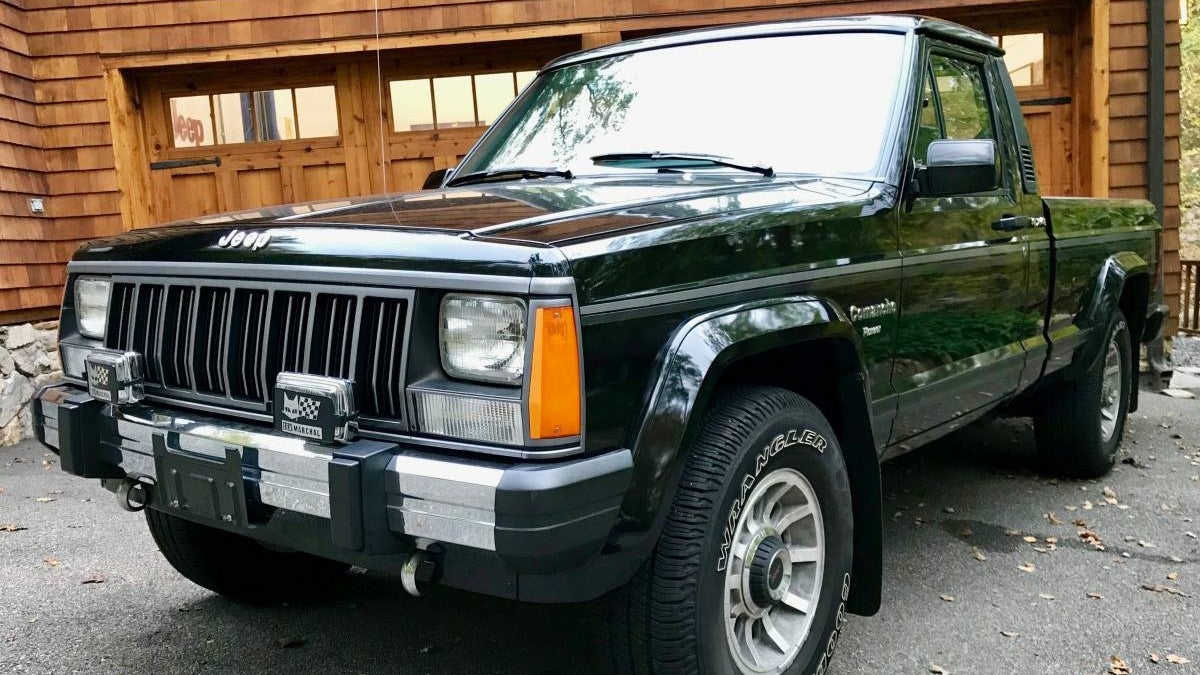 An extremely clean example of one of the weirdest pickup trucks of the 1980s is up for sale in Mahopac, New York, a suburb about 50 miles north of New York City. This 1988 Jeep Comanche has only 18,500 miles on the clock and is a “showroom condition survivor” according to the seller. Not only is it in great shape, but it has the desired configuration of the 4.0-liter inline-six engine and five-speed manual transmission. To say a car is in “showroom condition” in a Craigslist post is kind of common and usually inaccurate, but this Comanche truly looks like it’s fresh off the showroom floor of a Jeep/Eagle dealership.

To recap, the Jeep Comanche—or “MJ” if you want to say it the cool Jeep way—was built from 1985-1992. It was a compact pickup truck based on the XJ Cherokee SUV built from 1984-2001. Most of the time when a pickup is based on an SUV, the SUV it’s based on has body-on-frame construction. However, the XJ Cherokee is unibody and so is the front half of the Comanche. The bed of the truck is held up with frame rails protruding from the unibody cabin.

This Jeep Comanche for sale on Long Island, New York Craigslist is a Pioneer model. Pioneer was the mid-range trim slotted above the base model, but below the more luxurious Laredo and the sporty Eliminator. This MJ wears its Pioneer designation proudly in the form of gray stripes and the word “Pioneer” on the sides of the truck contrasting with the original black paint on the body.

Based on the photos, this Comanche is without blemish inside and out. The body, the seats, and even the floor mats are pristine and the listing claims no bodywork has ever been done to the truck.

If you’ve been on the search for a perfect Jeep Comanche, you might want to pick this one up while you can. As of this writing, the MJ has been for sale for 18 days which seems like a long time for such a rare find. According to iSeeCars, the average amount of time a car spends on a dealer lot is 33.4 days, but this is not your average used car.

The asking price is $22,500 dollars. You could get a brand new Jeep Renegade or Compass for less than that price, but neither of those has quite the same charm as a perfectly preserved Comanche.