Apparently miffed at his team’s woes, Marchionne said both Ferraris could have won the race. 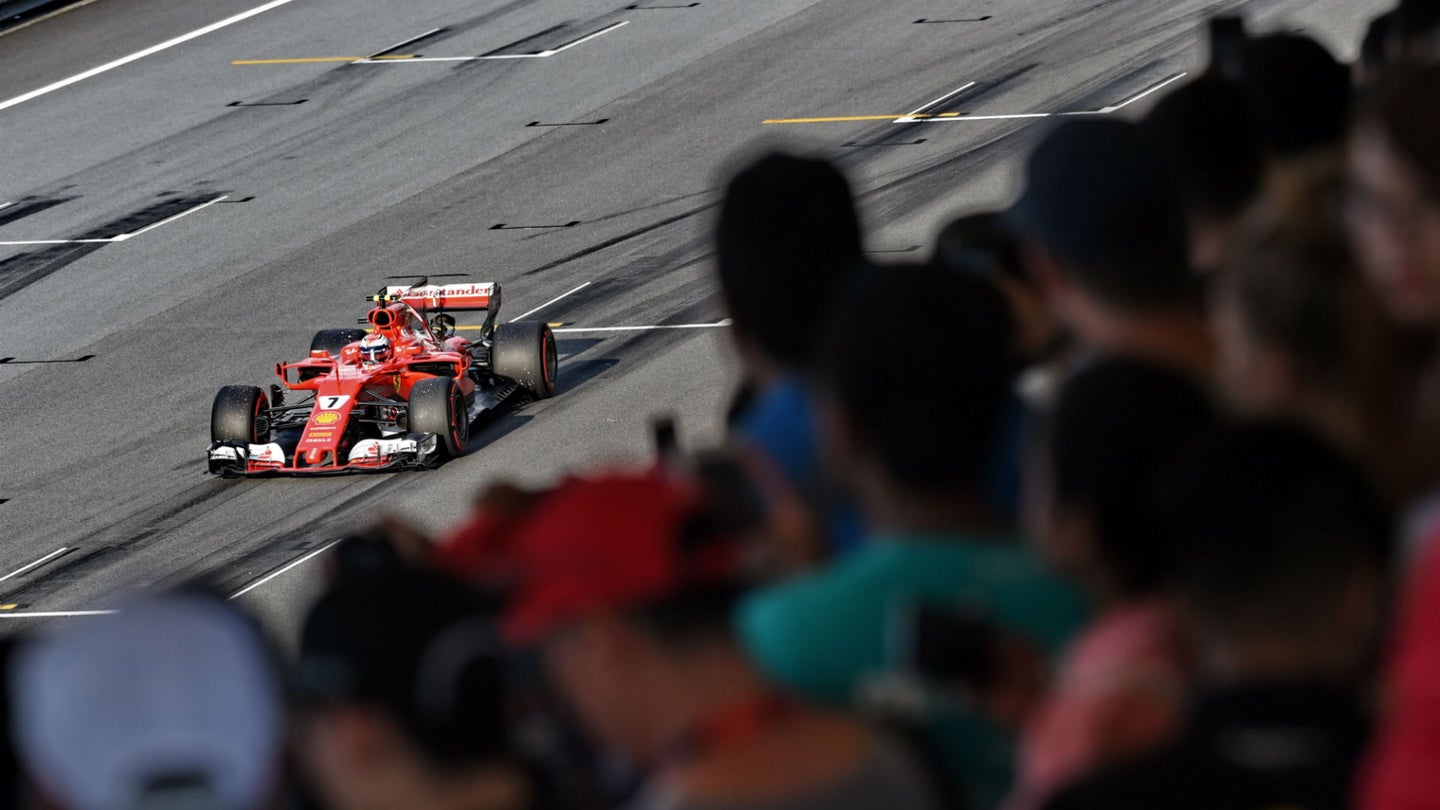 Ferrari president and CEO Sergio Marchionne had plenty to say after this last Grand Prix weekend in Sepang, Malaysia. The fiery Fiat Chrysler Automotive head hauncho watched Ferrari's chances at Sunday's Malaysian Grand Prix unfold before his eyes with Kimi Raikkonen, who qualified in P2, failing to make it past the formation lap.

Sebastian Vettel, the former points leader who started in last place as a result of engine troubles on Saturday, finished fourth but then subsequently suffered wheel damage after a collision with Williams' Lance Stroll following the checkered flag. This was enough to set Marchionne off, and his comments regarding Ferrari's troubles were less than passive.

The Maranello team's good fortune going into the F1 summer break has since fallen apart as Mercedes has pulled away with the Constructors' Championship lead and Vettel surrendering his spot to Lewis Hamilton in the Drivers' Title hunt. Whereas the two teams were once close in the standings, Mercedes has captured 68 points in the last two races while Ferrari has only been able to manage 12 during the same span.

Marchionne commented on the team's downturn in luck, claiming in an Autoweek report, "Yesterday, both Ferraris could have won the race, that's a fact. It could have also been the same at Singapore. That’s another fact. It's also a fact that we’ve got some issues with our power units because we have a young team, but also because the quality of the components is not at the right level for a race car. We are intervening and we are working on it."

With Sergio clearly aggravated, he continued to mention that Ferrari was indeed lucky not to have these problems until Sunday. Raikkonen was forced out before the race started with turbo problems and Vettel had similar engine troubles in qualifying, both coming as a result of the team's relative inexperience, according to Marchionne.

“It's almost fortunate we haven’t had that problem until the Malaysian GP. Now we’re working on the quality department and making some organizational changes. Having this kind of problem during the race makes us angry. That’s not a big problem if this kind of issue appears in our factory, but it's really ugly when you’re in second place on the grid and you can't start the race.”

This comes after a significantly improved first half over last season, one where Sebastian Vettel maintained a three point lead over Mercedes' Hamilton. Having a taste of success has perhaps only made the crew's frustration grow, but with five races still left in the year, they will have to work hard to find their prior form and work towards a victorious season's end.

Lewis benefits from another turn of rotten luck for Ferrari.