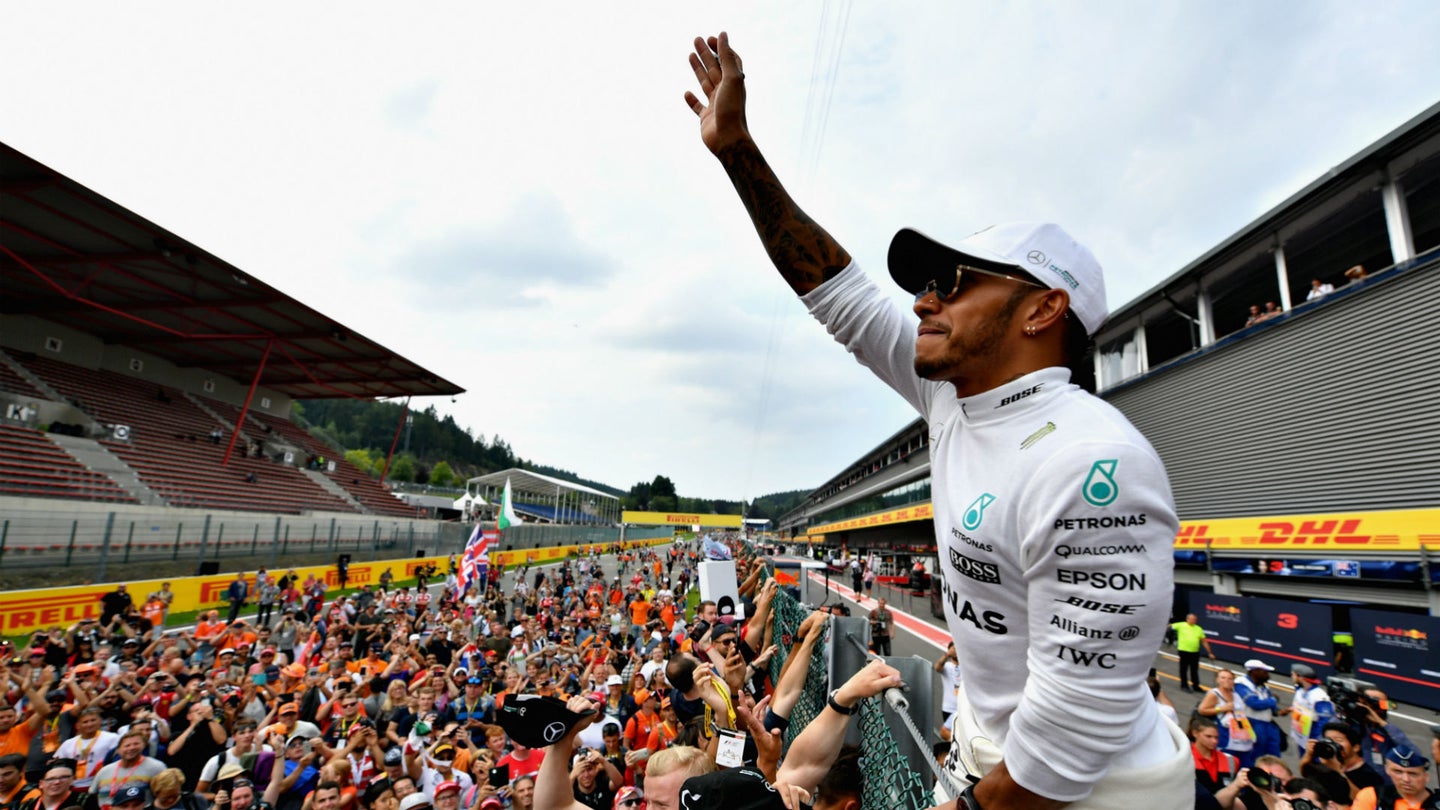 Despite having the lead on Ferrari with eight races left in the season, Lewis Hamilton feels that Mercedes Benz must continue to improve its car to match the Maranello club. According to the triple world champion, it's going to take maximum effort to keep up with its main rival. Unlike the last three years, Mercedes isn't the clear favorite, and Ferrari has a better chance than ever to challenge the silver-arrow team for the title.

After a win at Sunday's Belgian GP, Hamilton admitted his win likely wouldn't have been possible if the roles were switched between him and Vettel, as The Guardian reports.

“If the cars were reversed I don’t think I would have been able to hold as close as Vettel did,” the 32-year old Brit explained. “If anyone is out there thinking we have the best car this year then they need to think again, because it’s not the case.”

While Ferrari showed promise at slower, tighter tracks in the first part of the year, it's also been able to pick up a bit of speed on the faster circuits. This is where the Italian team begins to challenge Mercedes. Spa proved that as Vettel was able to stick close to Hamilton throughout the race, whereas it wouldn't have been such a tight contest in races prior.

“I hope we have more to come and we need more to come in order to win this thing,” Hamilton said. “It’s going to take everything from every single one of us to finish these next eight races and come out on top. That’s how a championship should be so I’m really looking forward to that challenge."

Belgium was Hamilton's fifth Grand Prix win of the season, and 58th of his career. And though he managed to beat out Vettel, the German was still able to finish second. In fact, Vettel has claimed a podium in 9 of this year's 12 races. It's this display of consistency that Hamilton notes as the major challenge to the Mercedes team.

“Ferrari have had the most consistent season and while we’ve had a solid and well put together weekend, it was only just enough to stay ahead.”

Current driver points leader Vettel pointed out that he was pleased with his team's efforts in 2017. After watching Mercedes win repeatedly for the past three years, he noted that this year is different. And with a new three-year contract under his belt, he's got his sights set on coming out on top.

“The level is very high, we’re fighting the best team in Formula One. They have won the championship the last three years fighting more or less on their own so I think we’ve done a very good job to be where we are. That’s not enough, we want to be in front and there’s a long way to go.”