Lewis Hamilton Likely to Renew Mercedes Contract 'Within the Next Month'

It looks like there are more years to come for AMG and the four-time champ. 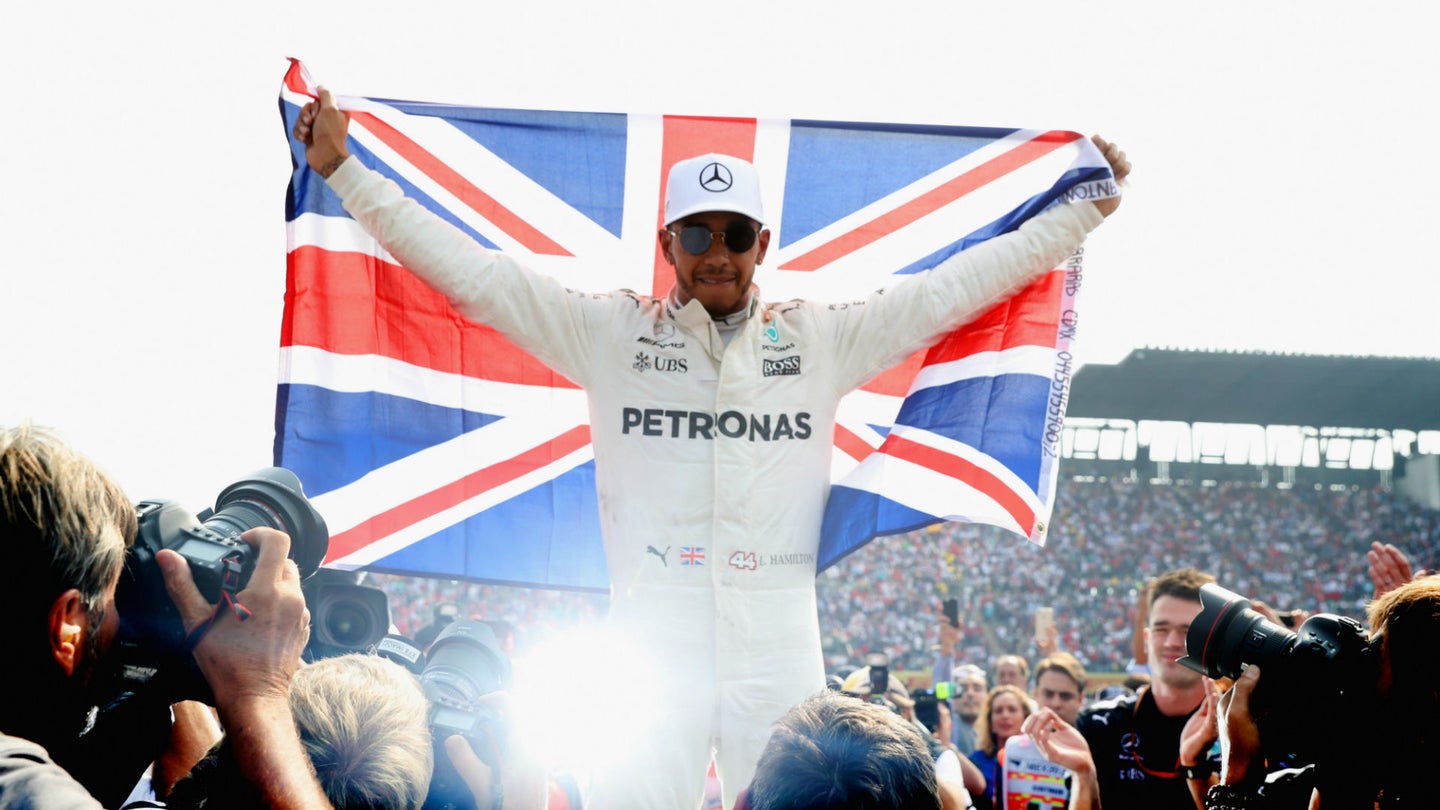 After clinching his fourth Formula 1 championship in Mexico, Lewis Hamilton has begun contract talks with Mercedes Benz. The 32-year old Brit revealed earlier in the season that he had full intentions of re-signing with the Silver Arrow team, and now, it seems as if that decision will come sooner rather than later. According to him, the two parties have been discussing his future deal over the past few weeks and could come to a decision by the end of November.

Hamilton admitted that he's not in a rush to sign as he and Mercedes remain on good terms past 2017.

"We spoke a few weeks ago back at the factory and said that we would be sitting down," said Hamilton. "It is quite an easy process for us. We already have something great in place and it is really just about extending it and enhancing it and working on what more I can do for them and vice versa."

Lewis continued to set a tentative timeline for the official agreement.

"I am pretty sure within the next month or so we would have time to have sat down."

Team principal Toto Wolff will also play a key role in this contract renewal process. He has already agreed to a deal with Hamilton's teammate, Valtteri Bottas, through next season and is expected to sign the quadruple world champion to a long-term plan as well.

"I know Toto has said that we'll wait until the end of the season because generally, that's what I like to do, there's no rush," Hamilton explained to Motorsport earlier in the year. "I still have another year, so we have a lot of time. I think the last contract went all the way into the mid-part of the season."

After winning six of the last ten Grand Prix races and locking in the title, Hamilton is now focused on performing his best for the rest of 2017. He no longer has to worry about battling his Ferrar rival Vettel for the overall championship and can focus on racing the likes of him as well as Red Bull young gun Max Verstappen at Brazil and Abu Dhabi.