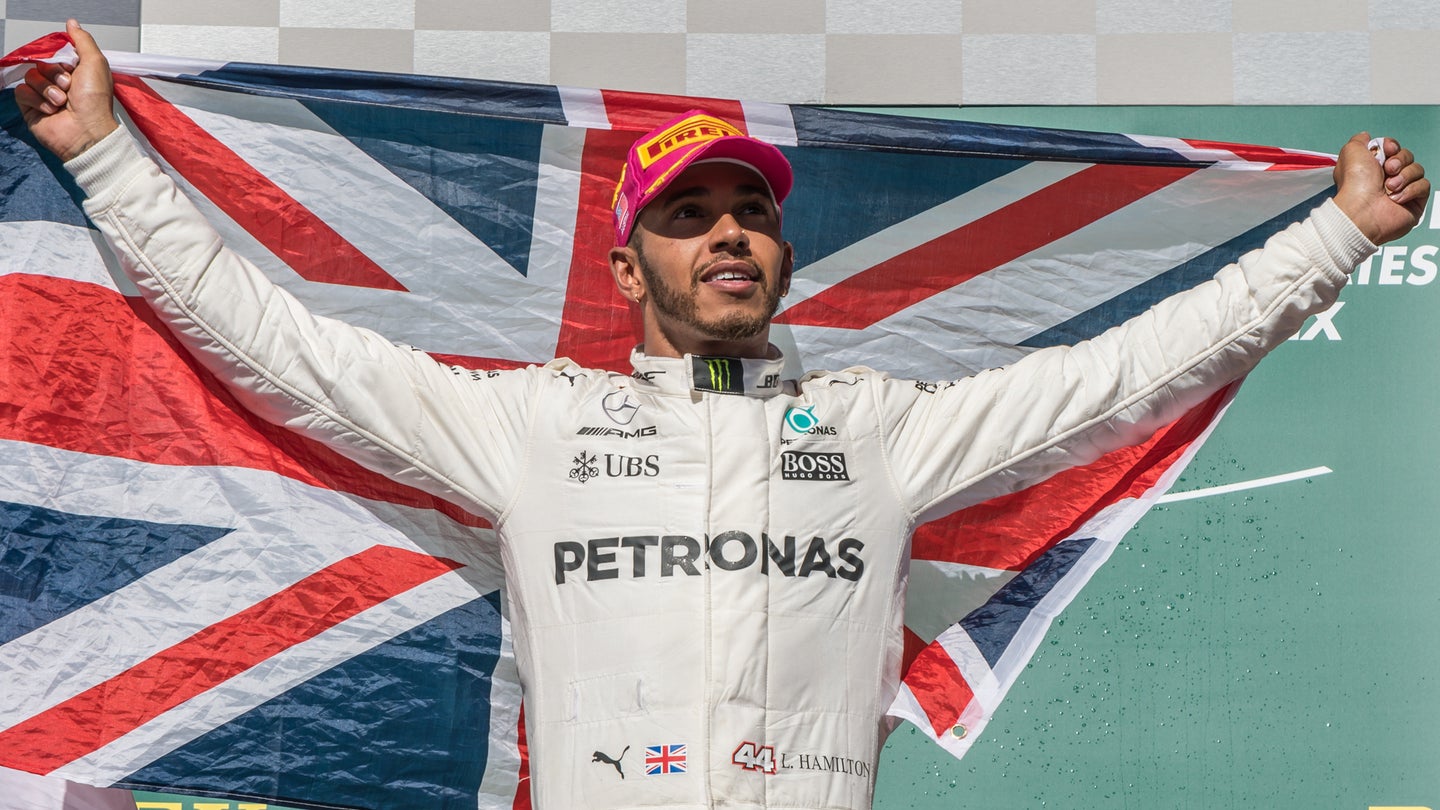 Following another successful season in 2017, Lewis Hamilton has drawn multiple comparisons to Ferrari legend Michael Schumacher. The 32-year-old Brit became just the fourth driver to claim four world championships in his F1 career, matching Schumi's number at the same age. Many have speculated that Hamilton could go on to trump the overall record of seven Drivers' Titles, but as the Mercedes ace explains, the feat isn't likely after having spent a decade in the sport already.

Speaking at the FIA Award Gala last weekend, Hamilton told the audience that he doesn't expect to surpass Michael's mark. According to him, the desire simply isn't there to push his number of championships from four to eight in the upcoming years.

“I can’t see it at the moment,” said Hamilton at the event. “Four more? It’s taken me 10 years to achieve these four. I don’t know. I still don’t currently have that desire to match it.”

In order to match the fabled Juan Manuel Fangio for second on the all-time list, Hamilton would need at least one more title before retiring. He explained that this is an admitted goal for next season and beyond, though it won't be the yardstick for his measurement of career success.

“Matching Fangio could be quite cool,” claimed Hamilton, “and being that I’m going to be here for at least another couple of years, that’s my goal – to at least try to get that.” He continued, “I don’t think the amount of titles that I have when I’m older and I look back, I don’t think that’s really going to define who I am as a driver.

“I think how I’ve worked with the team, how I’ve driven the car, how every time I drive a car I extract it [performance], that for me is what I feel inside defines me.”

Hamilton revealed to Motorsport in November that he was contemplating retirement from Formula 1. His desire to see what else there is in life aside from racing is growing, and as he told in the past, he only sees it growing from here on out. For now, Lewis is working to "find a balance" within his personal life and career—one that could end his F1 tenure sooner rather than later.