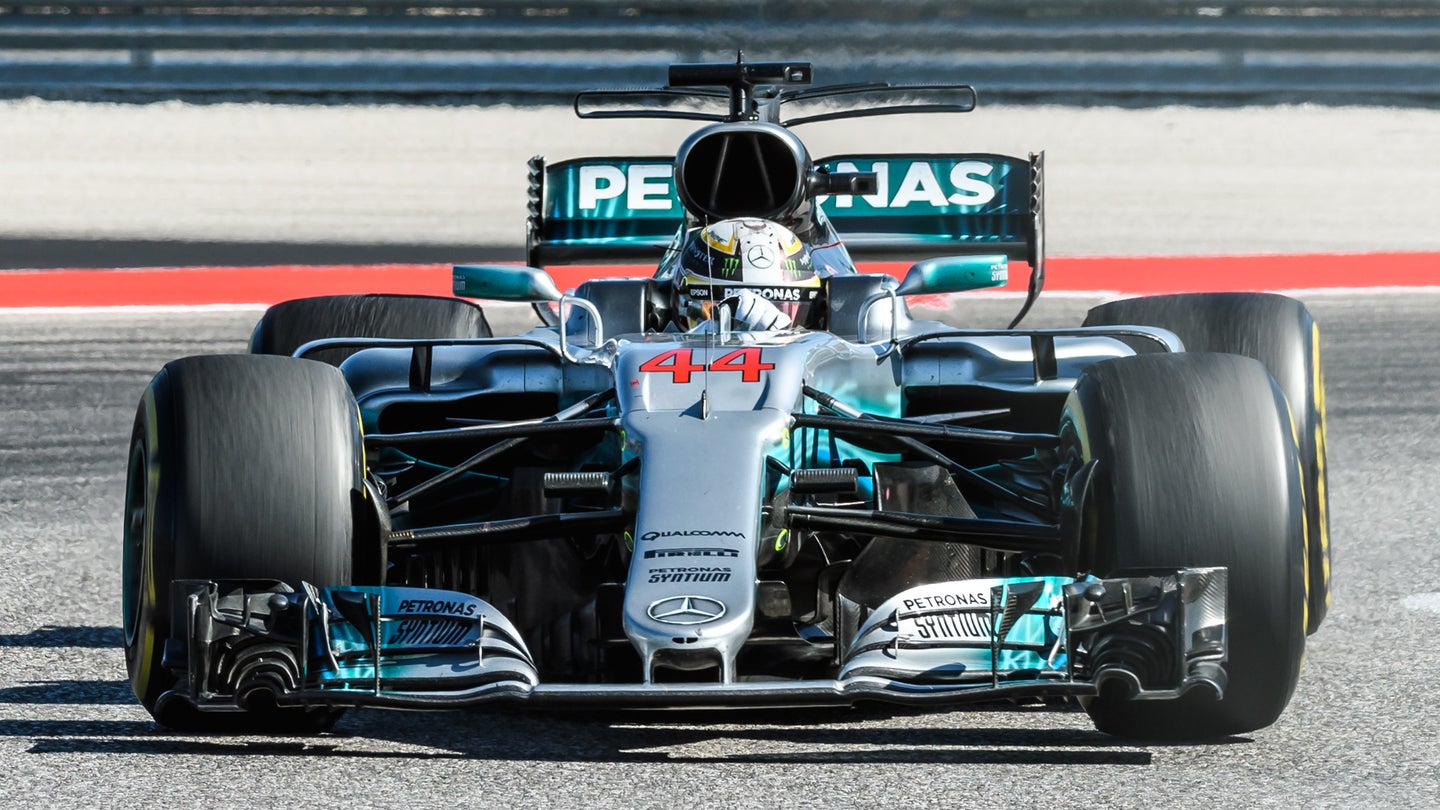 Formula 1 drivers have been testing new technology following the season-ending Abu Dhabi Grand Prix. Perhaps most notable among these revisions is Pirelli's new selection of tire compounds, ranging from superhard to hypersoft. The latter is intended for short-term, high-performance use, eclipsing the previously range-topping Ultrasoft compound at the top of the list. The pink-walled tire will be introduced for the 2018 season, and according to four-time world champion Lewis Hamilton, it's the best to come out of Pirelli in years.

Hamilton completed 136 test laps around Yas Marina on Tuesday, testing each of Pirelli's offerings for next season. While he mentioned that several of the others were still too hard, the Brit noted how much mechanical grip the all-new Hypers offered in comparison to last season's best.

"We've got a good early understanding of these 2018 Pirelli tires,” Hamilton said. “On early impression, the new hypersoft is the best tire that Pirelli have produced since returning to F1.

“I found that the other compounds are still a bit too hard for my liking but we're moving in the right direction.”

Lewis reported that the Mercedes team "collected lots of data and feedback to ensure we head in the right direction over the winter”.

Hamilton was the third fastest in testing, falling eight-tenths of a second behind Ferrari's Kimi Raikkonen. The Finn was questioned about his impressions of the hypersoft compound, to which he gave a blatantly indifferent response.

“I don’t think there’s a big difference, it’s a small difference,” Raikkonen said. “It didn’t feel like a lot of difference.”

He did explain, however, that they were faster than the Supers from the 2017 season.

“It was good, obviously they have good grip around here, and it was for sure a faster tire.”