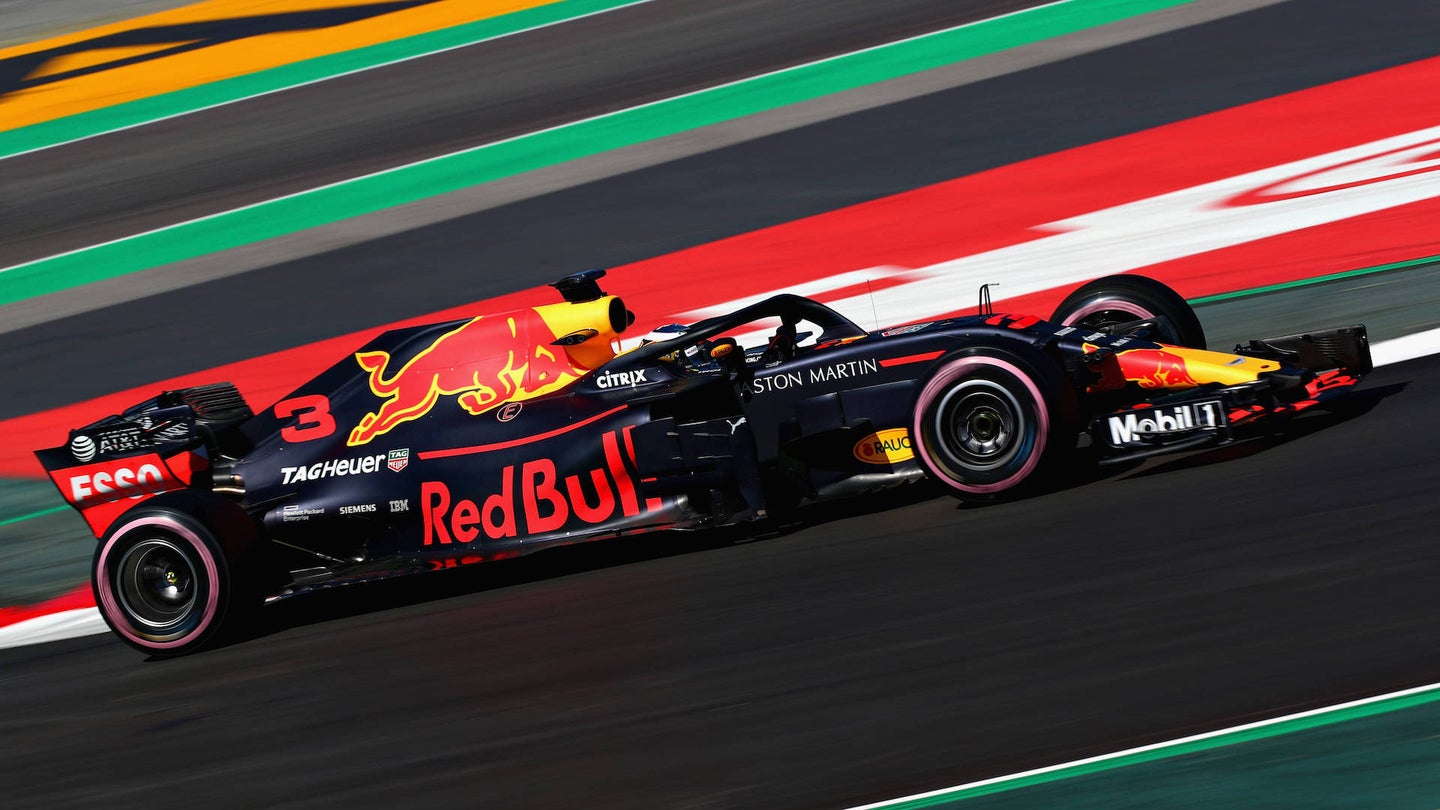 Day six of Formula 1's eight-day pre-season test is officially in the books, and it's none other than Daniel Ricciardo and his RB14 who sit at the top of the timesheets after a picture-perfect Spanish day. Prime testing weather allowed most teams, excluding McLaren and Haas, to log more than 100 laps of the famous Circuit de Catalunya.

The "Honey Badger," as the Australian is nicknamed, put in a hefty 165 laps while testing several tire compounds and aero configurations. The fastest lap of the day arrived shortly after Ricciardo made the switch to Pirelli's new Hypersoft compound, which helped him build a gap of 0.353 seconds to the second and third fastest cars, the Mercedes-AMG of Lewis Hamilton and Valtteri Bottas. It's worth noting that the Silver Arrows were equipped with the slightly less grippy Supersofts.

Sebastian Vettel managed to place his Ferrari in fourth place, a worrying 1.494 seconds behind the Red Bull. The scarlet racer clocked its best time with the help of Pirelli's Soft compound tires, which in terms of grip, is two levels below those of Ricciardo, which begs to wonder how much of that time gap is caused by the different compounds. Both Vettel and Raikkonen managed to log 115 laps by the end of the evening session.

Meanwhile, in the McLaren-Renault garage, the nightmares continue thanks to engine component failure and other electrical problems. Following a decent 47 uninterrupted laps, the Renault engine developed a small oil leak that forced Alonso to pause his day for an emergency engine change. The Spaniard managed to get back on track minutes before the day concluded, allowing him to log a total of 57 laps for the day.