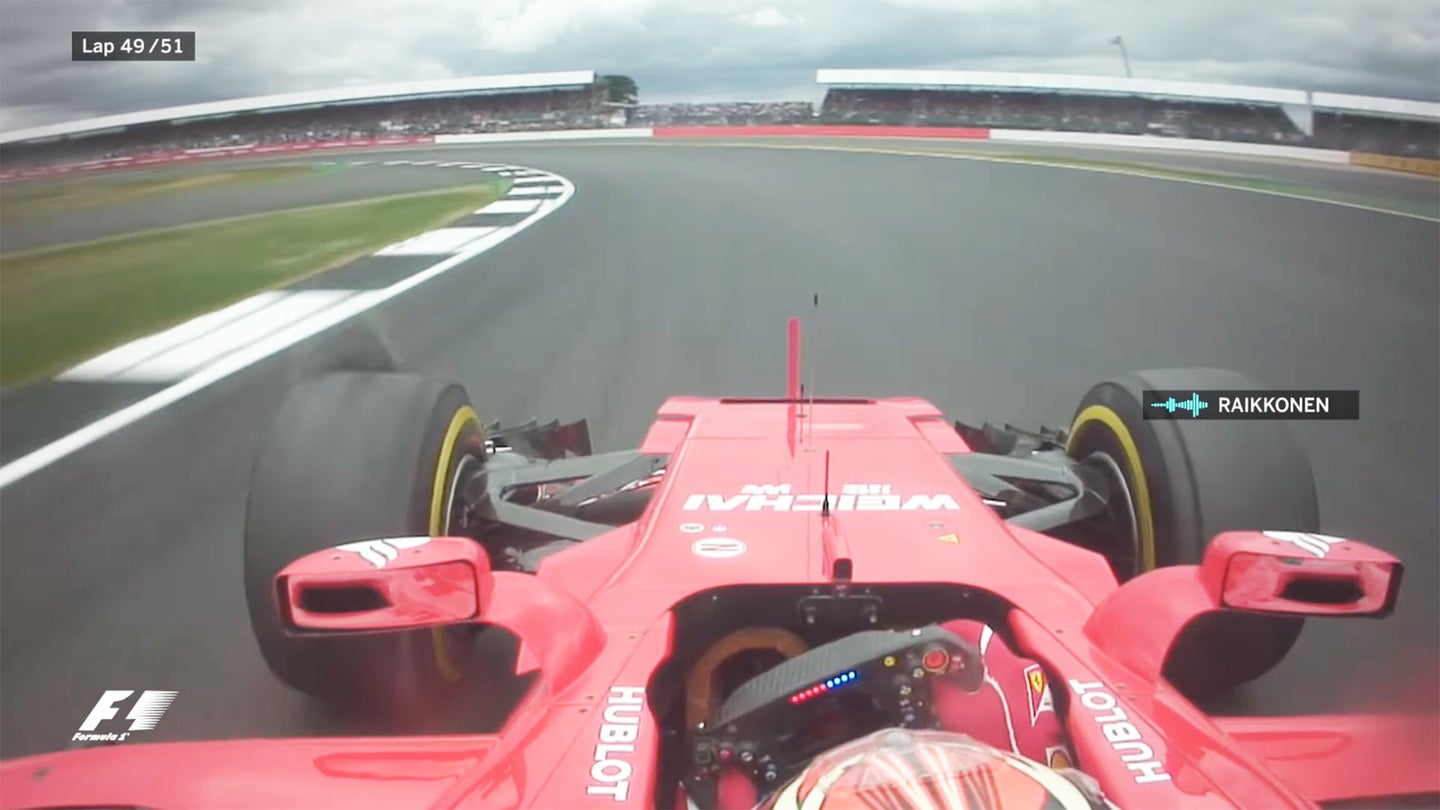 Pirelli announcedWednesday that the cause of Kimi Raikkonen's tire failure in the closing laps of the British Grand Prix was "damage" from "contact against an external body." Both Ferraris were hit with left front tire failures in the final minutes of the race. Pirelli had previously determined the cause of Sebastian Vettel's tire failure but said it was going to take some extra time to figure out what happened to Raikkonen.

"The results of the analysis on Ferrari driver Kimi Raikkonen’s front-left soft compound tyre, which experienced an issue at the end of the recent British Grand Prix, reveal specific damage in two places at the edge of the belt close to the internal shoulder area," said Pirelli in its statement. "This damage is not present throughout any other areas of the tyre whatsoever. Furthermore, the belt and the structure do not show any signs of fatigue."

"The possible initial cause of this damage is consistent with contact against an external body, leading to a partial separation of the belt from the carcass in the two affected areas. In one of these two places, as a logical consequence, part of the tread also became detached."

In layman's terms, Kimi hit something or something hit Kimi. This cause the internal separation of the layers that make up the tire. The question that remains unanswered is what caused the damage. Did Raikkonen take a little too much curb one too many times? Because the damage occurred on the inside shoulder of the tire, that is the most likely scenario.

In Formula One's Best Onboards video compilation from the British Grand Prix, you can see the inside edge of Raikkonen's tire coming apart starting at the 3:34 mark.

Raikkonen's tires, though not in great shape, are in considerably better condition than those of his teammate's. Vettel's failure was a slow puncture, either caused or aided by excessive tire wear.

In the end, Ferrari's double tire failures seem to be unrelated. The hands of fate were not kind to them at Silverstone, though Raikkonen still managed to make it on the podium. Maybe Ferrari can take solace in the fact that the track does have a reputation these days for being hard on tires. You may remember the 2013 British Grand Prix where car after car suffered dramatic tire failures that were attributed to the curbs and a few other factors.