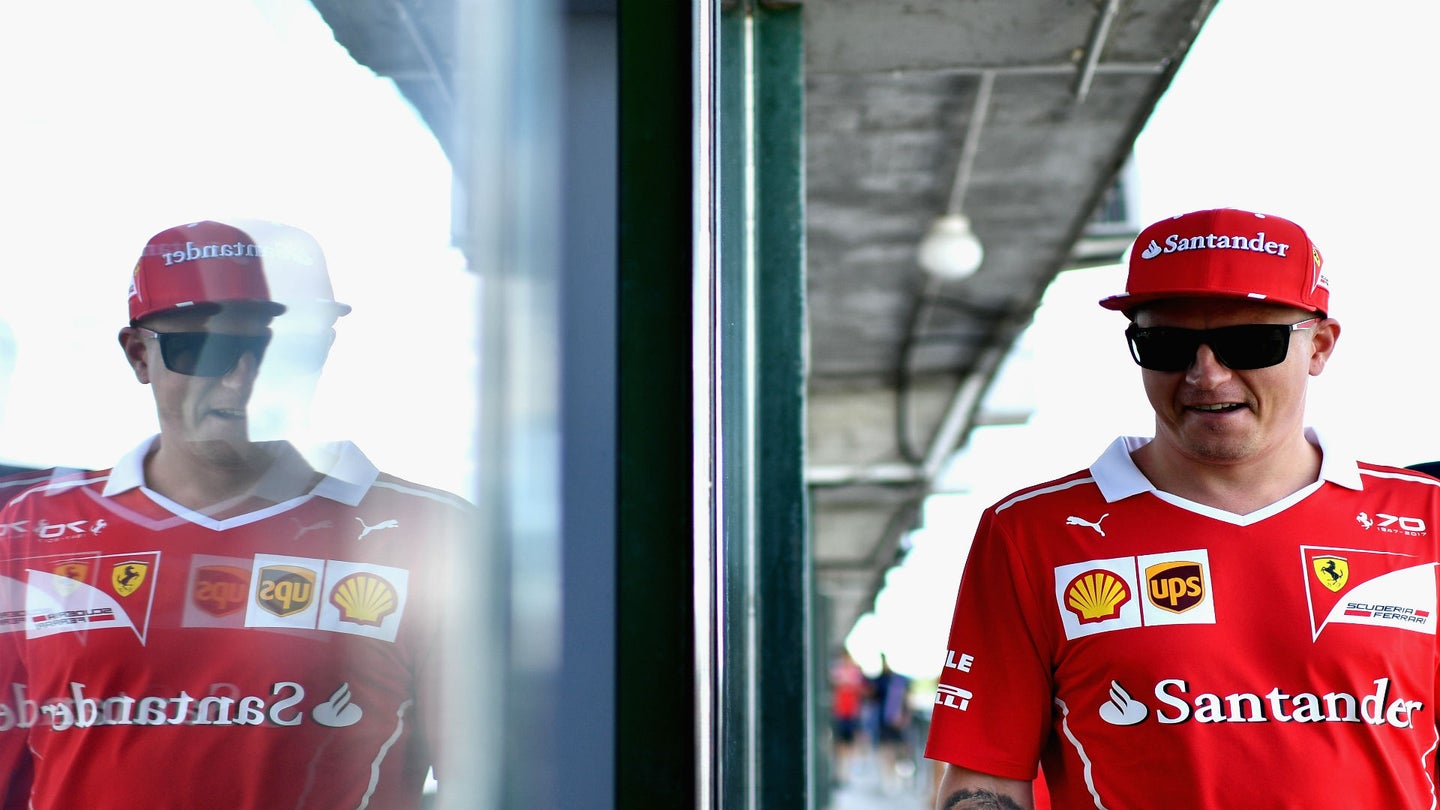 Ferrari has put a number of rumors of its Formula One future to rest, by re-signing Kimi Raikkonen to a one-year contract extension that will keep him with the team through 2018. This comes after speculation that the 37-year-old Finn could be on the move after this year, leaving an open seat at Maranello.

The announcement was made on the official Formula One website. Raikkonen currently sits as the only Ferrari driver that's locked in for next season.

While this is big news for Raikkonen, it could mean even more for his fellows at Ferrari. Points leader Sebastian Vettel said earlier in the year that he would only sign with the team if Raikkonen also got a contract, stating he was in "no rush" to worry about 2018. Additionally, this means that Prema F2 driver Charles LeClerc will likely be called up to Sauber for next season, which we expect to be announced in the coming week.

On a greater scale, this also affects the free agency scene for 2019, which is sure to be a blockbuster year for driver moves. If Vettel decides to come back to Ferrari next year as is anticipated, that will put him on the block agt the end of next year. Mercedes driver Lewis Hamilton's contract will also be up for renewal by then, with teammate Valtteri Bottas expected to be in a similar situation.

Talks of a move that would land Vettel on the same team as Hamilton have been fleeting as this season continues. Some speculated that it could come as soon as next year, but it looks like it will be put off for at least one more F1 campaign.

Red Bull F1 drivers Daniel Ricciardo and Max Verstappen will also be in the conversation in the future. While Ricciardo has been mostly quiet about his plans, Verstappen has been vocal, announcing that the team must make significant progress for him to stay put. Team boss Christian Horner stated earlier in the month that Verstappen will not be tempted by Ferrari or Mercedes, but dependent on where the other stars end up, a relocation could be enticing for the young Dutchman.

Finally, this looks to close out McLaren star Fernando Alonso's hope of rejoining the Scuderia outfit. Ferrari revealed previously that they expected to re-sign both Raikkonen and Vettel, dwindling the former champion's hopes of returning to his former team. However, the Raikkonen move likely plants the final dagger in Alonso's chances of going to Ferrari, perhaps leaving IndyCar as his only hope of getting out of the McLaren-Honda nightmare.