With Formula One "Silly Season" starting to ramp up, Ferrari needs to act fast to get Leclerc in a race seat for 2018. 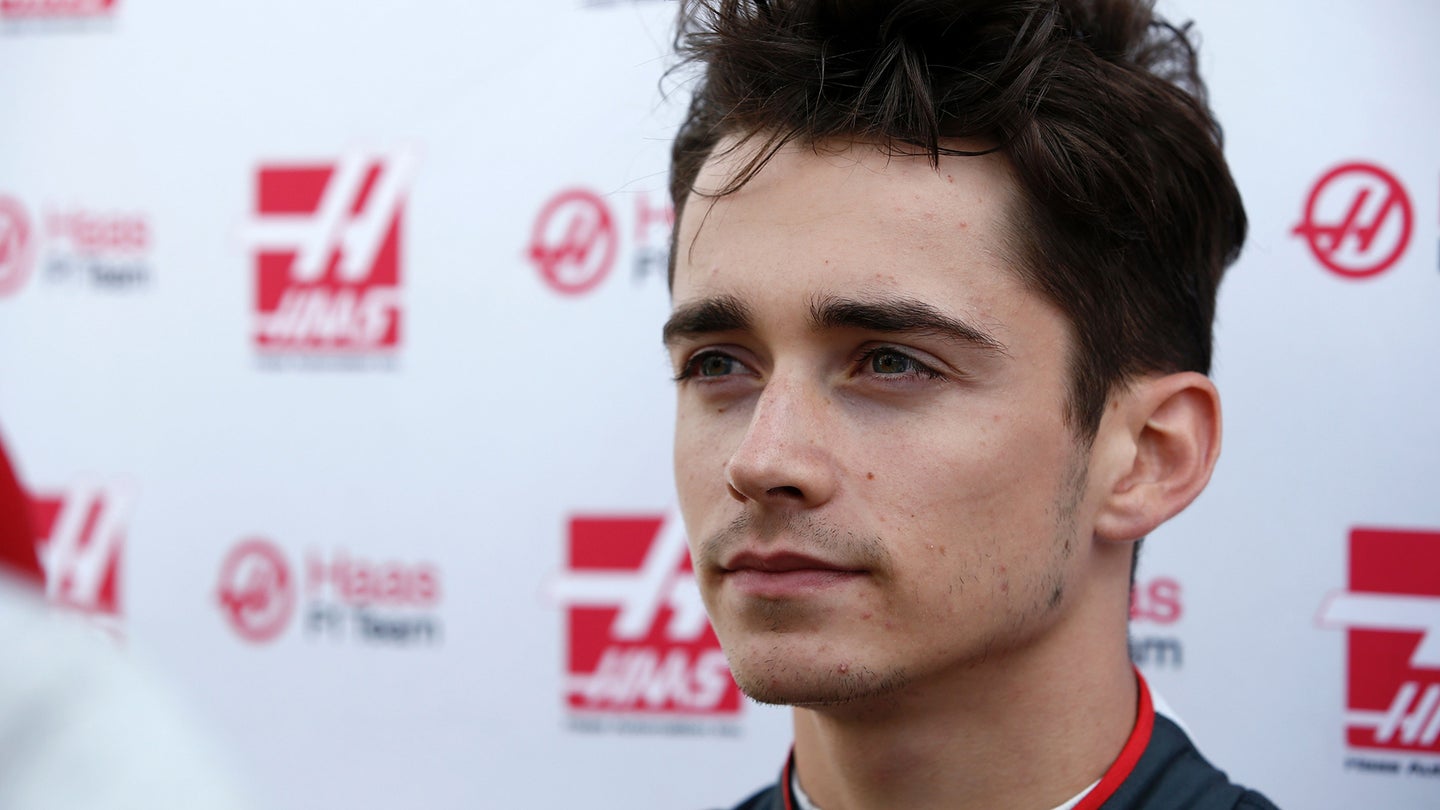 The Formula One "Silly Season" is starting to heat up. Rumors and speculation about which drivers will go where is starting to dominate the news. The most significant seats that are not confirmed for 2018 are at Ferrari. Both Sebastian Vettel and Kimi Raikkonen are out of contract at the end of this year.

With Ferrari finally being championship contenders again, this is the optimal time for a driver to get one of those very coveted race seats. There is talk of Max Verstappen, Fernando Alonso, Roman Grosjean, Valtteri Bottas, and Daniel Ricciardo ending up at Ferrari in the near future. Signing any of these very qualified drivers would be a mistake for Ferrari.

Charles Leclerc is the proper choice for Ferrari next year, and for years to come. The current Formula 2 championship leader is also a development driver for both Ferrari and Haas. It is thought that Leclerc will probably land at Haas to spend a few years cutting his teeth in Formula One. Then maybe he'll be moved up to Ferrari. If Ferrari has a serious interest in Leclerc, the powers that be in Maranello need to skip the stop at Haas and get him in a red car next year.

Leclerc, who is only 19 years old, is driving well beyond his age. His on-track decision making is that of a seasoned Formula One champion. His overtakes are very aggressive, yet carefully calculated. In the F2 sprint race at Bahrain this year, Leclerc stormed through the field to take an improbable victory. While he was on fresh tires and considerably faster than everyone else, he still had to pass 13 cars in nine laps. Each move was methodically thought out and perfectly executed. There aren't many drivers who would have been able to do what Leclerc did in Bahrain.

At the last round in Azerbaijan, Leclerc just missed out on winning both F2 races. He won the feature race on Saturday and again ran through the field in the sprint race, only this time, he wasn't newer tires. Leclerc proved he was operating on a level far above the rest of the F2 field as he drove from tenth to first in just 15 laps. A ten-second time penalty cost him the sprint race victory, leaving him classified in second place.

Just today, Leclerc racked up another victory in Austria in the F2 feature race. He led from start to finish, controlling the race. It was a dominating performance.

Ferrari needs to sign Leclerc for 2018 and beyond now. He can be the future for Ferrari. He's already part of the family, so move him from the kid's table to a grown-up seat. By getting him in now, before he ends up at another F1 team for a year or two, Ferrari can finish grooming him to fit their operation. The inner workings of Ferrari are different than that of any other Formula One team. The expectations, the pressure, and the culture are unlike anywhere else.

Leclerc needs to get in there now, under the wing of Sebastian Vettel. There is still a lot for Leclerc to learn, and Vettel is the one to show him the ropes. Vettel is a good company man for Ferrari, but he won't be around forever. Vettel has maybe another two or three years left in him before he decides it's time to retire. That's just the way it is in F1. The time is now for Vettel and Ferrari to prime the next heir to the thrown.

Sadly, for some fans, this scenario leaves Raikkonen out in the cold. Realistically, it's time. Maybe he gets signed by another team, but his time at Ferrari is coming to an end. This also closes the door on several others who were hoping to get some red racing fire suits for Christmas this year. Too bad for them. Ferrari needs to do what's right for Ferrari's long term goals and Leclerc is that future.

Of course, Ferrari is known to make all sorts of secret deals with drivers, sometimes a year or more in advance. Ferrari may have the next several years already mapped out with Leclerc coming in down the line. But with any contract in Formula One, there is always an out. Whatever the case may be, it would serve Ferrari well to grab up Leclerc and get him racing in 2018. If they don't, someone else will.