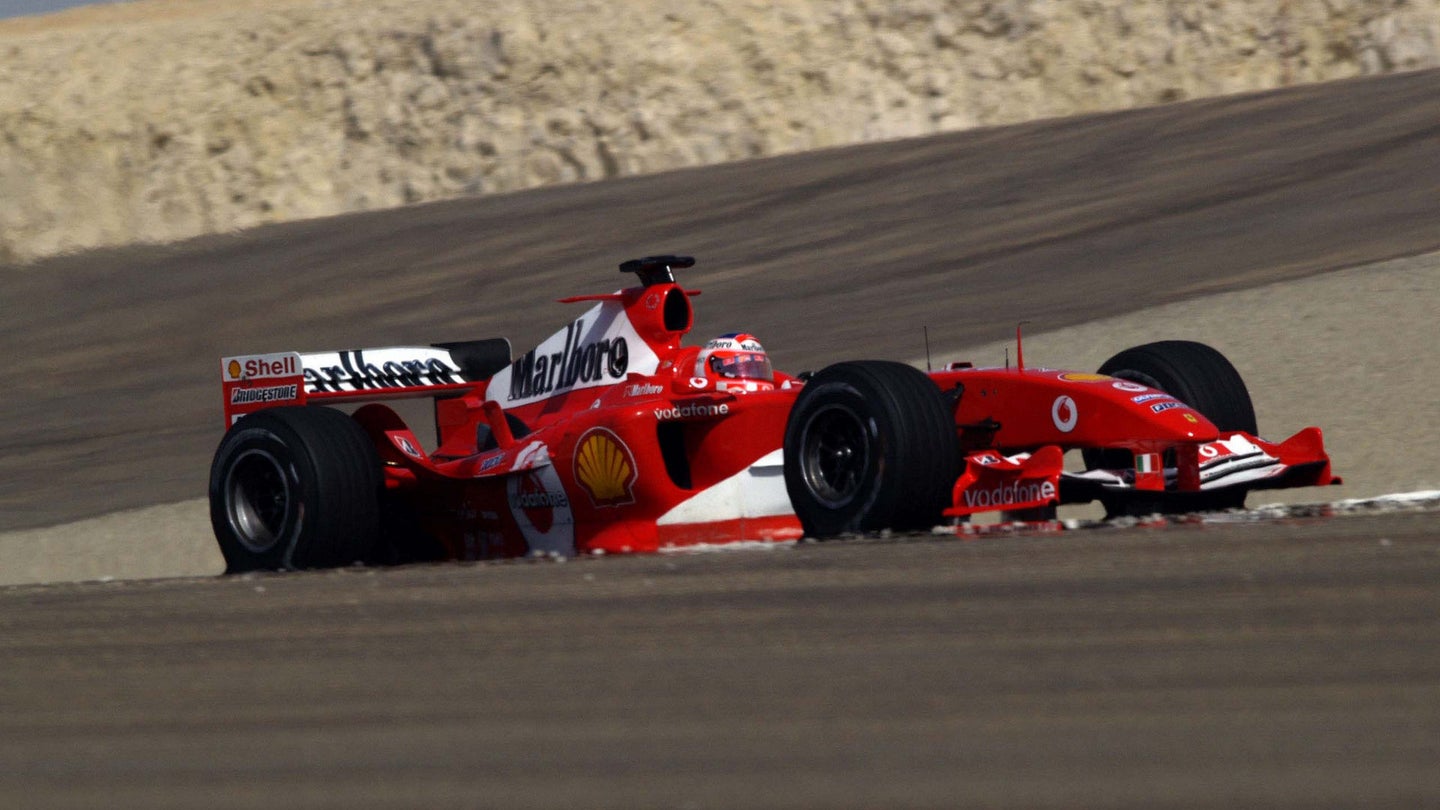 Ferrari has been a constant in Formula 1. It's the oldest surviving and most successful team in series history, and with famed personalities like Niki Lauda and Michael Schumacher at the helm, Ferrari has always been a team to watch. Its legacy continues on today with Sebastian Vettel and Kimi Raikkonen, both of whom are some of the most-decorated drivers in the sport.

And as powertrain technology advances, the cars become more efficient and precise—if less acoustically interesting—than before, something demonstrated in this video of Ferrari's F1 engine evolution.

The footage begins with the glorious V12 era. Many regard this as the best period of Formula 1 because of the sound and drama that filled each event. Piloted by Jean Alesi, the 412 T2 rockets around track with loads of exhaust-music and speed. Then it's onto Schumacher and the fastest car in F1 history, the F2004. The V-10-powered instrument set more records than any other driver/car combo, many of which still stand today. Following shortly after is the age of V8 Ferraris, a historic time in the company's history with Raikkonen behind the wheel. He won the 2007 World Championship with this iteration of the car, tacking onto the team's legend. Rounding out the footage is the current stage of F1 with the high-powered V6 powerplant. Though there are many skeptics, this configuration proves to be one of the most powerful versions. Turbos spin the engines past 1,000 horsepower, helping to bring excitement back to F1.

Watch and listen to each clip in the video below, each representing their own significance to motorsport. Don't think that Ferrari will let up any time soon, though, as it looks to edge out competitors like Mercedes in each race. With a recent win at the Bahrain Grand Prix, the team continues its effort towards yet another championship in 2017.