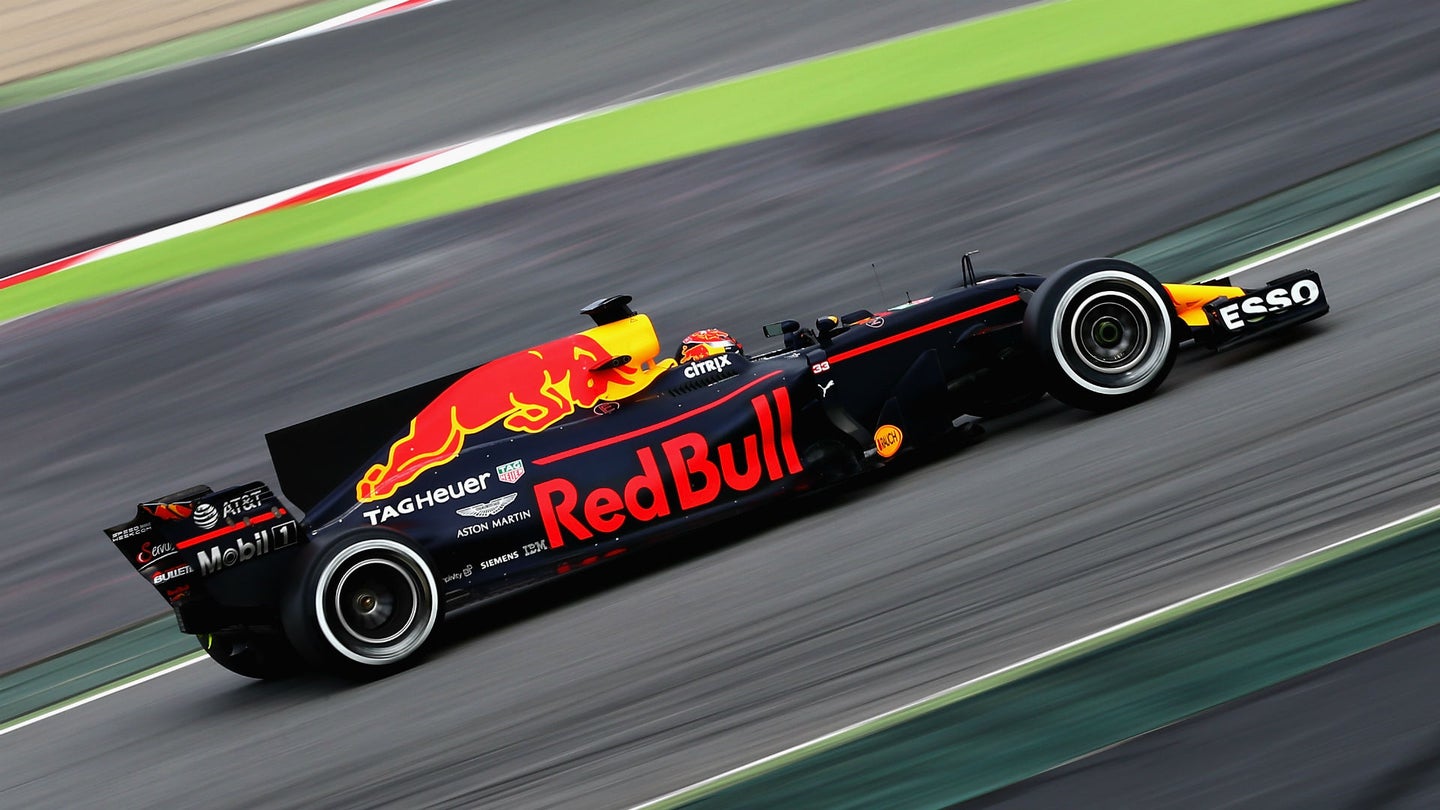 Red Bull hasn't been shy about its feelings toward current F1 engine regulations. Downsized engines and restrained power have caused both fans and teams alike to lose taste for the series, and according to Red Bull Head Helmut Marko, F1 officials have got some work to do for his team to return in 2021. Major changes have been discussed for the coming years, and it's likely that we'll see more teams voice a similar opinion until then.

In a recent interview with the Spanish publication El Confidencial, Marko revealed his expectations for the ruling tweaks. He was objective in saying, "We want an engine that is 1,000 hp, with a single standard KERS (Kinetic Energy Recovery System) and battery, and development does not cost more than $15 million to $20 million ... They should have sound and allow the driver to make the difference. And independent companies like Ilmor and Cosworth should be able to enter so that we or McLaren can use them if we want."

If these requirements aren't met, Red Bull could be well on their way out of F1.

Marko goes onto talk about manufacturer discrimination as well, saying, "[b]ecause last year, Mercedes would not give us an engine; neither would Ferrari, and Renault was only forced by (former F1 boss Bernie) Ecclestone to give us one. We want to have an equal situation where we are not blackmailed by a manufacturer."

This seems to be a common gripe among teams, as engine sourcing has led to a world of problems, especially for McLaren-Honda.

Formula 1 officials are yet to release a response to the statement. We anticipate more from various teams, especially the smaller budget crews like Sauber and Haas.

Vorayuth Yoovidhya is still wanted on charges stemming from a deadly 2012 hit-and-run.